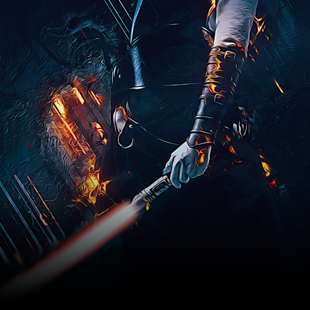 So how about that new Force Awakens teaser? I mean, sure, chances are you were already pretty excited about the movie. Who wasn’t? After watching the trailer Disney and Lucasfilm released last Friday though, we feel safe in saying that the Star Wars fan base has been reinvigorated in a way we wouldn’t have thought possible in a post-prequel world. The downside of that, of course, is that we’re still eight months away from the release of Star Wars: The Force Awakens. That in mind, we got in touch with our friends over at DeviantArt who helped us assemble a gallery of excellent fan art that we hope will help tide you over until the film finally arrives this December. 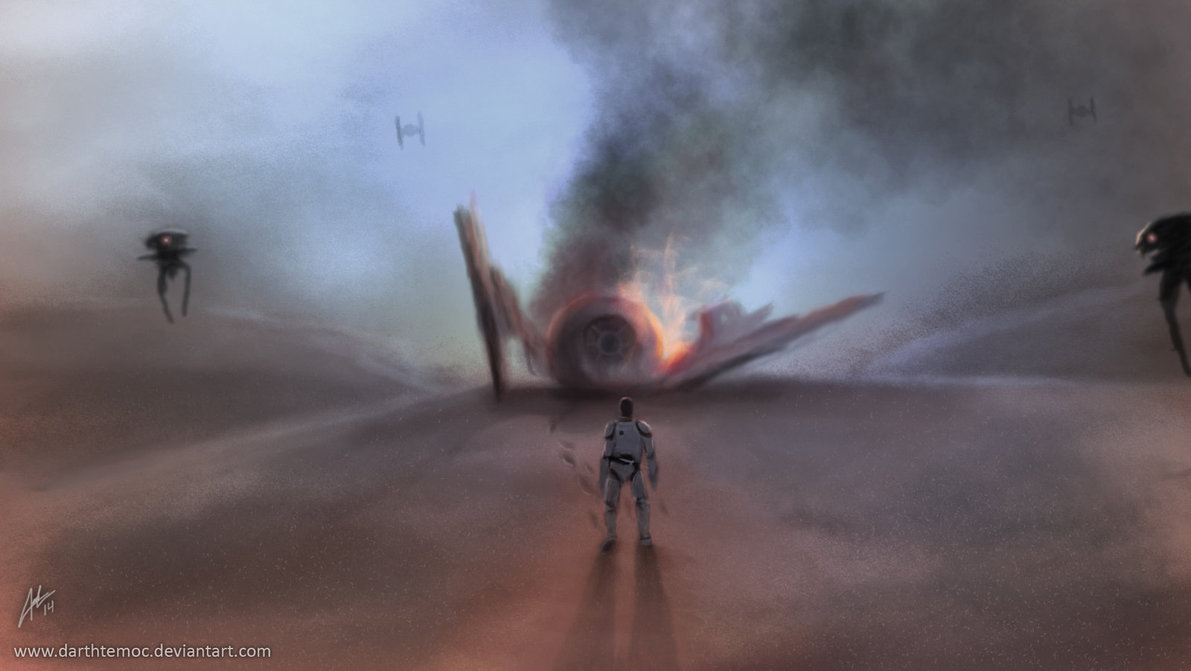 It goes without saying, of course, that we currently know very little about the actual story and characters of The Force Awakens, especially the newcomers. How John Boyega’s Finn winds up on the planet Jakku, for instance, is still a mystery. That said, there have been some small clues, with some of them potentially pointing to the character escaping the film’s baddies with Oscar Isaac’s Poe Dameron and then crash landing on the world below in a commandeered TIE Fighter. This image from DeviantArt member DarthTemoc seems to be assuming something similar. 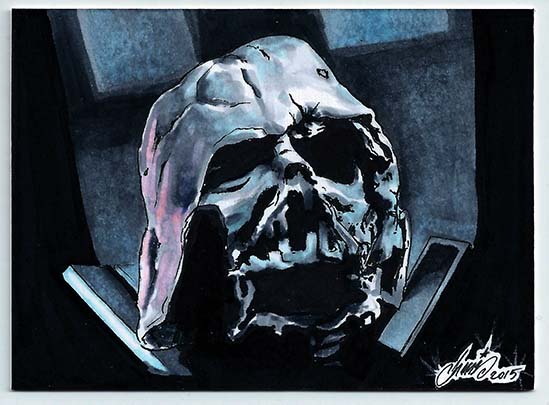 Darth Vader is undeniably the most recognizable figure in Star Wars. What better way to signal the birth of a new era, in turn, than to show off the melted helmet and decayed skull of the iconic character? Whatever the context of this in the film, it’s a cool image and DeviantArtist Himawan Gutomo did a great job of recreating it in this art piece. 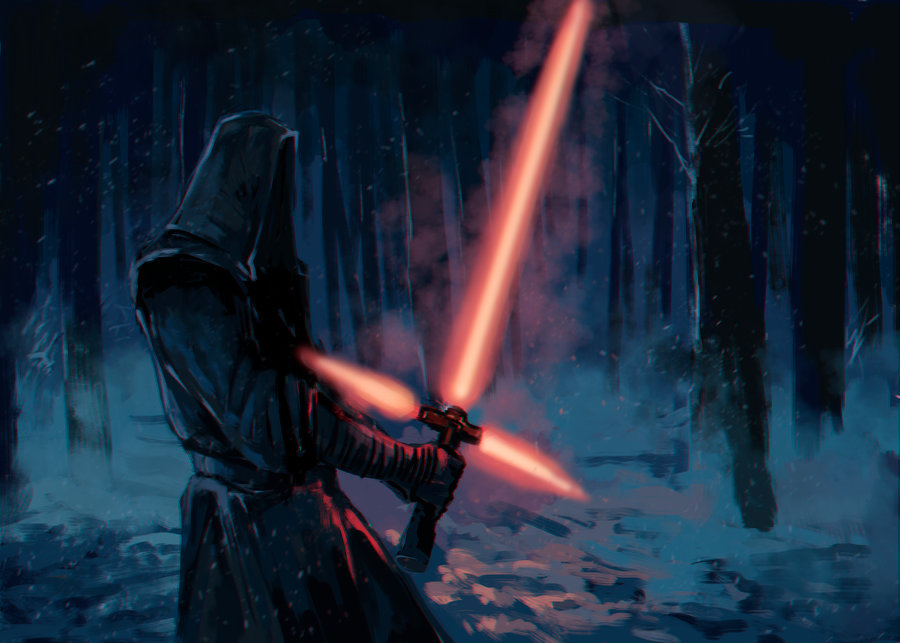 The Sith, if nothing else, need to be intimidating and this picture gets that. Drawn before Kylo Ren’s face (or mask, rather) was revealed, it makes good use of the character’s cloak and hood to give the villain a look of almost Tolkien-esque evil. Sincerely, stare at this for a minute and tell me it doesn’t look like a Nazgul. 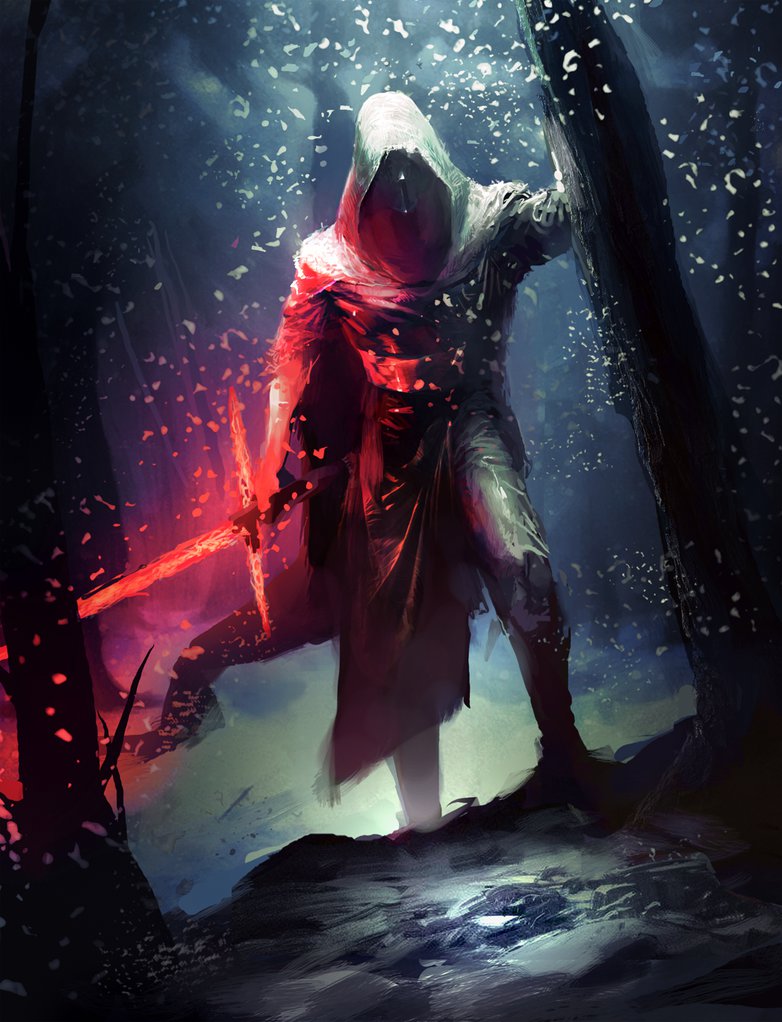 While not as Ringwraith-ish as the last artist’s version on Kylo Ren, Ismael Bergara’s take on the character also manages to capture the inherently ominous nature of the Sith. What I particularly like about this one is its gorgeous use of lighting and environment. Bergara does a great job of integrating the glow of the lightsaber and I love how the snow blows around Ren as he stands there posed all evil-like. 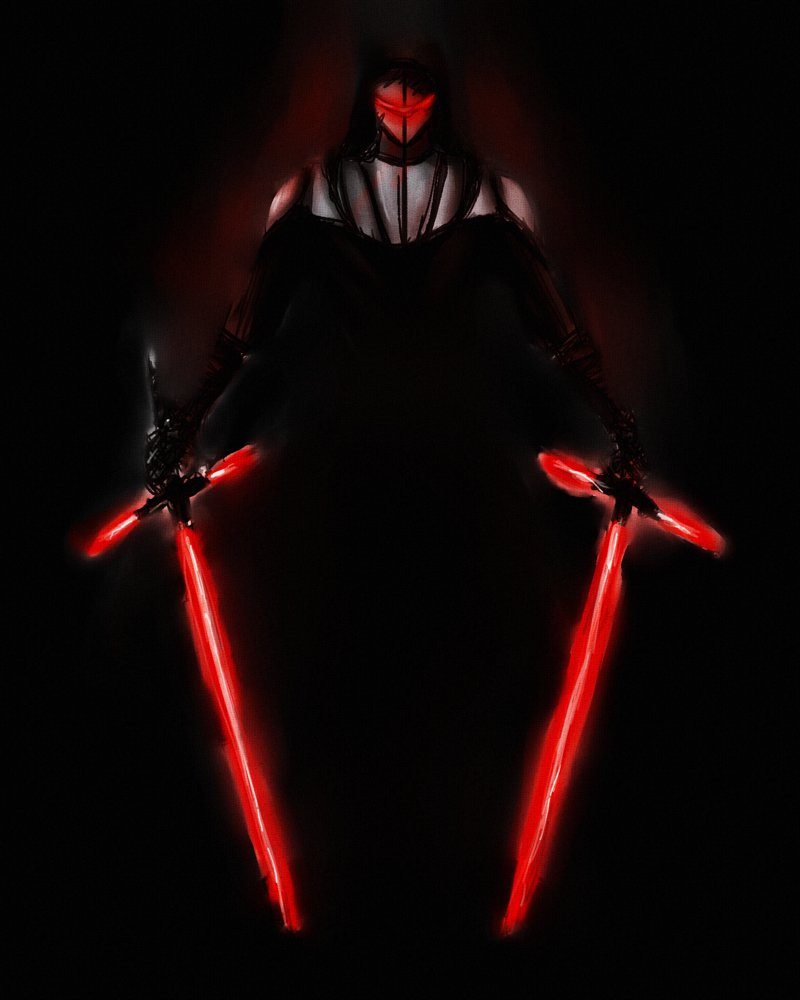 Sith Lord by Denis Tsepelev
What’s better than a tri-bladed lightsaber broadsword? Two of them, of course! 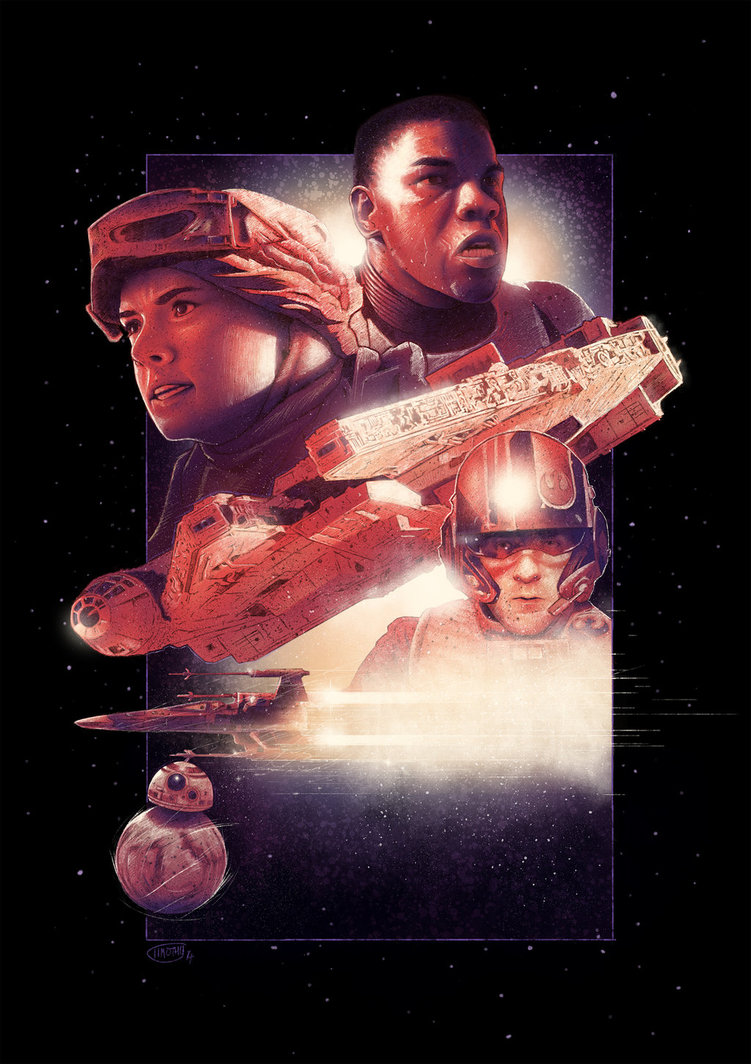 While the Special Edition releases of the original Star Wars trilogy are largely loathed by the franchise’s fan base, the infamous re-releases did result in some gorgeous movie posters courtesy of artist Drew Struzan. Obviously respecting Struzan’s work, DeviantArtist Tim McGaw took it upon himself to create a similarly styled poster for The Force Awakens. The end result is a genuinely impressive piece of emulation that I think could easily work as an actual, official poster for the new film. 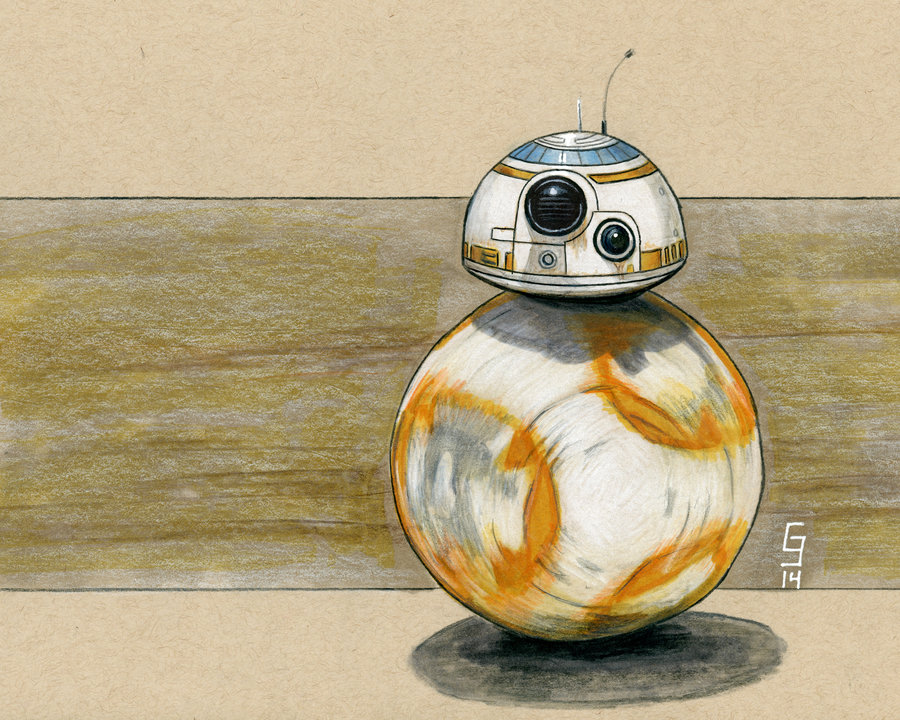 While the obvious highlight of the recent Star Wars Celebration was the unveiling of the second Force Awakens teaser, it played host to a number of top spot contenders. Standing tall among those was the on-stage reveal of BB-8 which seemed almost too amazing to be true. Time will have to tell if the new droid winds up being as iconic as some of the series’ previous mechanical characters, but for now we wouldn’t be surprised to see even more illustrations of the new rolling robot just like this piece from artist George Joseph. 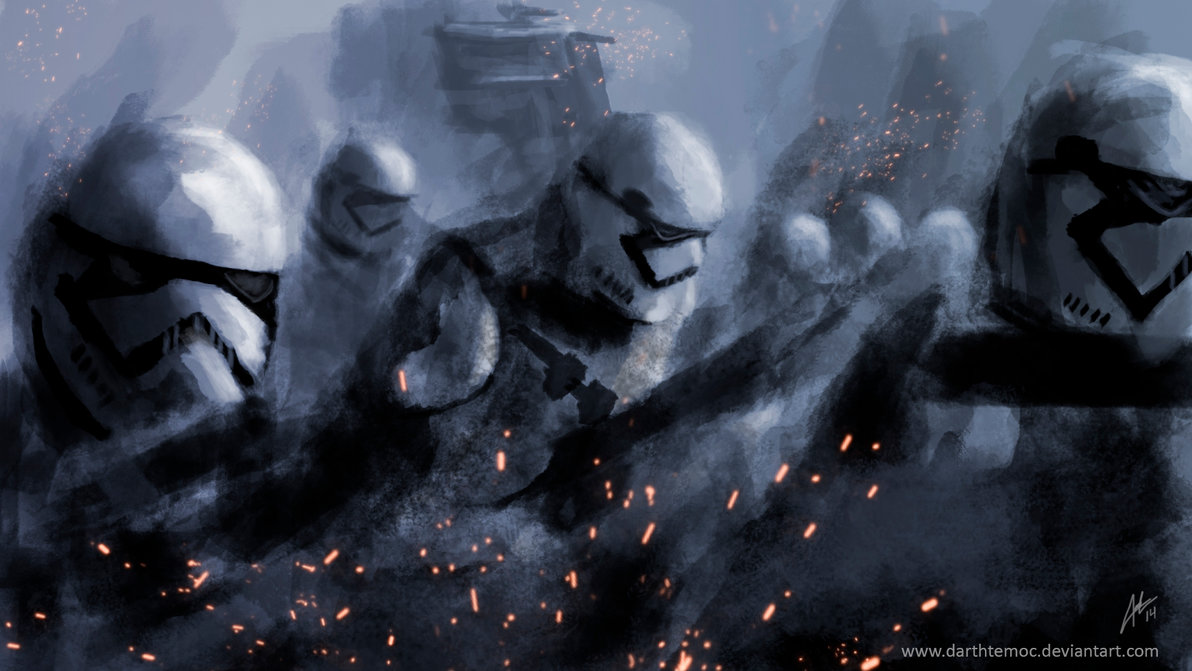 One of the things that frustrated fans most about the prequel trilogy were the films’ seemingly endless sleekness. Where the original Star Wars movies had a lived-in, rough around the edges feel, The Phantom Menace and its ilk inhabited a galaxy that seemed far too smooth and shiny to ever realistically develop into the universe that filmgoers knew and loved. One of the things I’ve most enjoyed about The Force Awakens, in turn, is how everything we’ve seen so far actually looks like something that could have naturally evolved from the world as we knew it at the end of Return of the Jedi. The Stormtroopers, for instance, are different than we remember them, but still look like something that grew out of the experience of the original trilogy. David Lara’s artistic tribute to them, in turn, just drives that home for me. 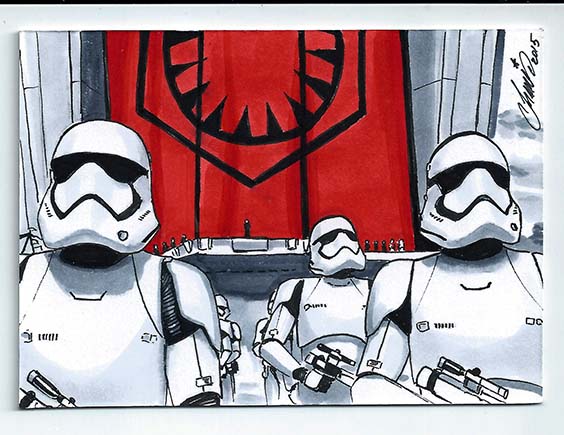 I could say much the same for Himawan Gutomo’s recreation of this scene from the Star Wars Celebration trailer. Setting aside that the art piece itself is really nice looking, the Stormtroopers as seen here just look to me like something that belongs in Star Wars. Random aside, who do you guys think that red banner belongs to? 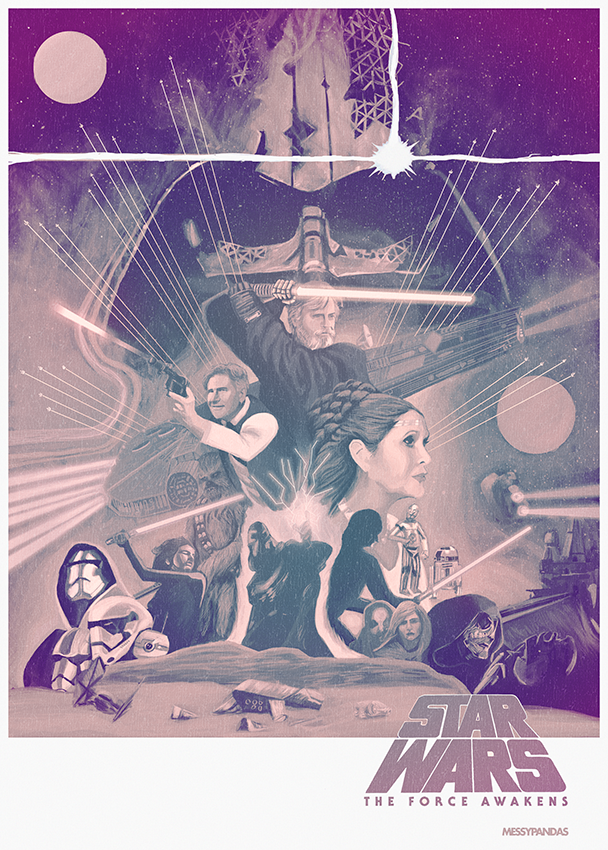 Probably my favorite Star Wars movie poster is the one illustrated by Tom Jung for the 1977 theatrical release of A New Hope. Sweeping, iconic and pulpy as heck, it’s just a really striking and classic looking image. That in mind, you can perhaps understand why I so enjoyed this mock poster created by DeviantArtist MessyPanda (presumably not his real name). Cut from the same visual cloth, it’s a striking application of that old style to the new film. 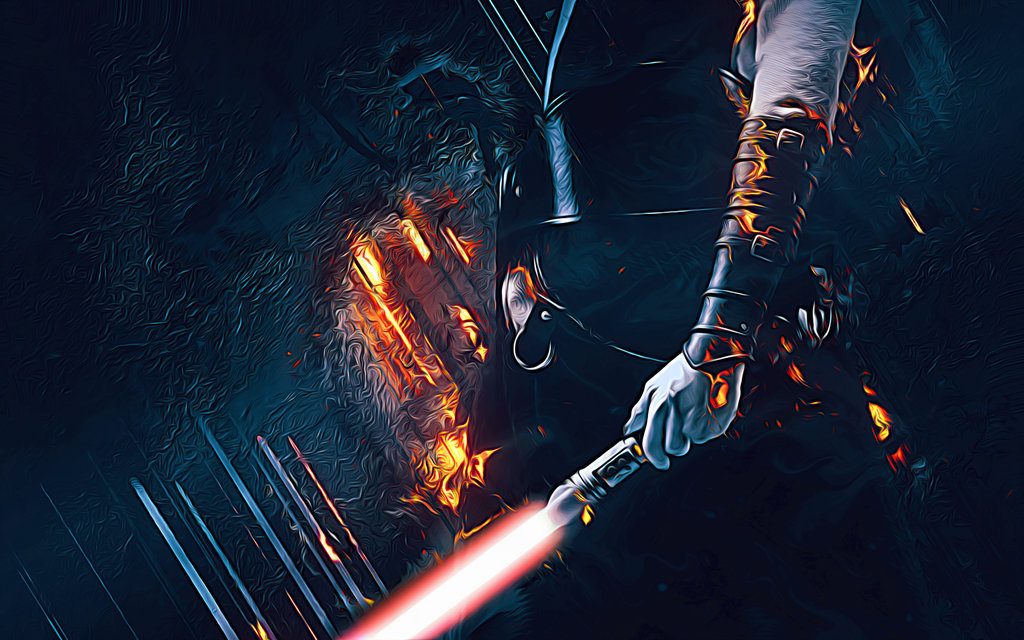 Standing on the opposite end of MessyPanda’s side of the artistic swimming pool is this piece by artist Mike Smith. Smaller in scale and more low-key, it’s simpler in concept than the sweeping collage of the prior artist’s pulp-inspired poster. That’s not to say it’s bad, of course. In fact, I could see Smith’s illustration working very well as a modern movie poster. You wouldn’t even need a title. Just slap a “Coming December 18th” on the left side of the picture and you could plaster this up on cinema walls around the world. 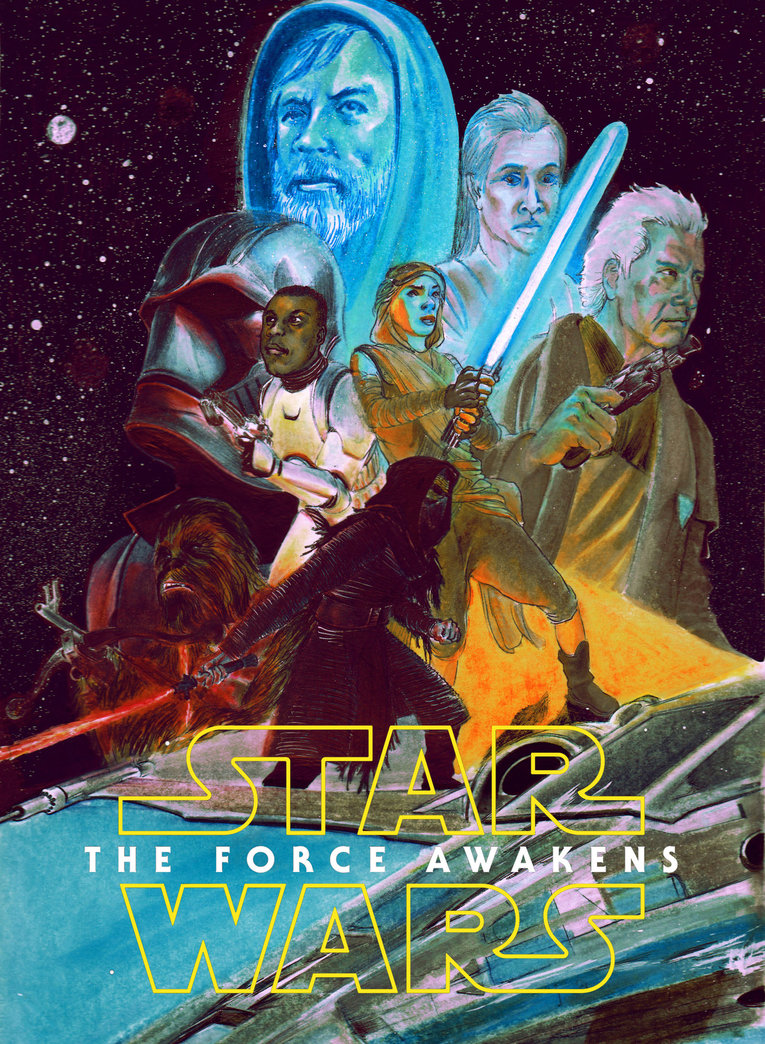 Before I stop jabbering about movie posters, I figured I’d drop in one more piece of fan art fashioned along those lines. While a bit more cartoonish in places, I like this piece by Dario Balletta for the vibrancy and color that it employs. The previous images I pegged as potential posters were, albeit intentionally, fairly limited in terms of their color palette. This one, comparatively, is just filled to the brim with bright, eye-catching color that stands in stark contrast to the more muted imagery created by other artists. 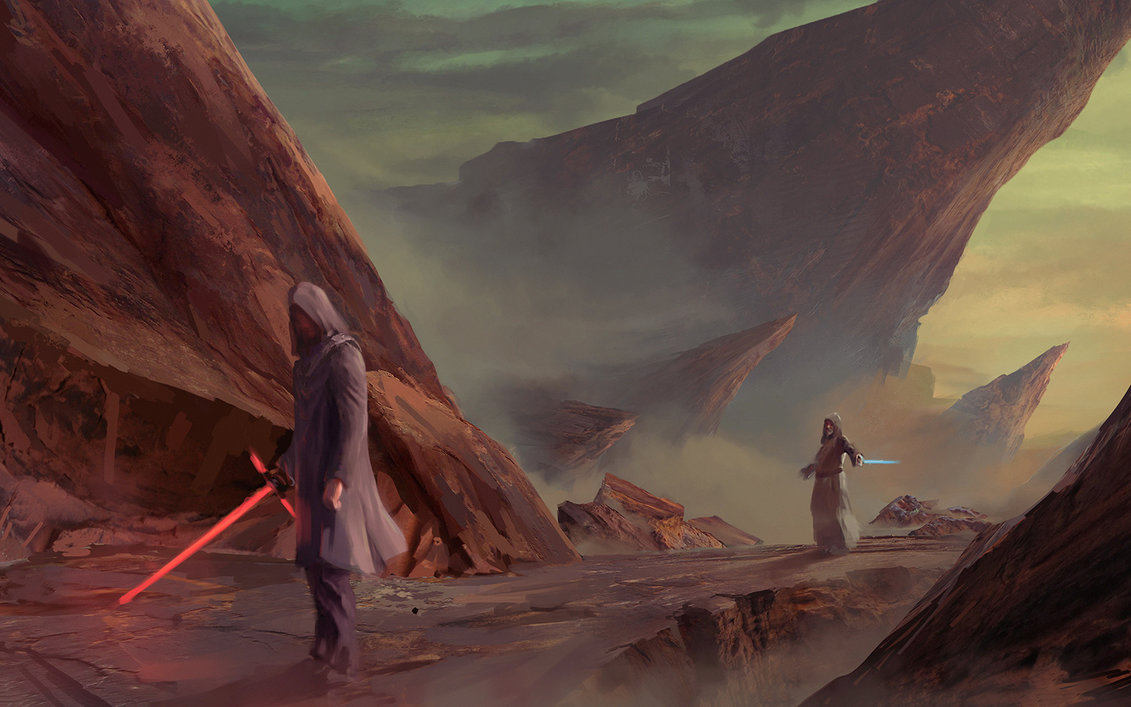 The Force Awakens by Thu Berchs

Assuming that Kylo Ren isn’t actually Luke Skywalker in disguise (please don’t do that Mr. Abrams), I feel safe in saying that we all look forward to the inevitable moment in The Force Awakens where to the two light up their sabers and partake in what will mostly likely be an awesome duel. This image, in turn, is basically visualization of what I’m expecting before the two get down to business. Let’s just hope that the older, wiser Skywalker fares better in the first entry of this new trilogy than Obi-Wan Kenobi did in his. 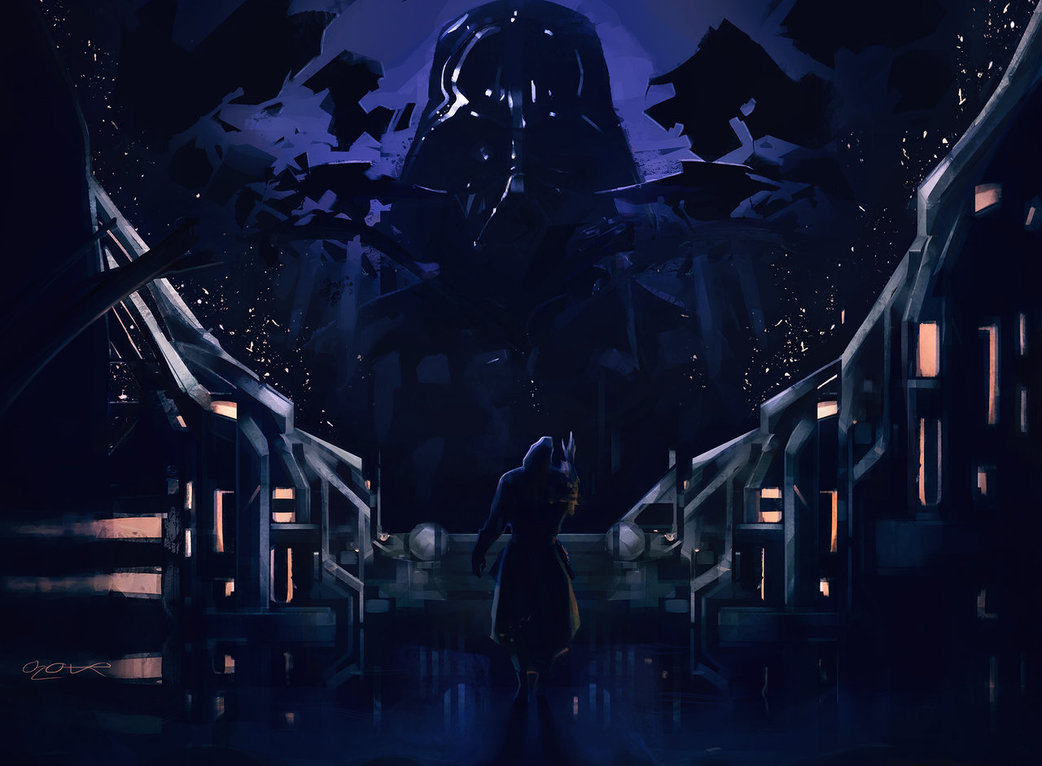 One thing I’m interested to see is how much the shadow of Darth Vader will loom over the story of Star Wars: The Force Awakens. We’ve already seen that parts of the fan favorite Sith Lord will make a post-pyre appearance in the film, but it’s still unclear how big a focal point he and his legacy will be in the new movie. Will he be the focal point of everything, a la the prequels? Or can we expect a more nuanced approach to everyone’s favorite Sith Lord where his influence is felt but not central? If this illustration by artist Olov Redmalm is any indicator, I’m not the only one with these questions on my mind. 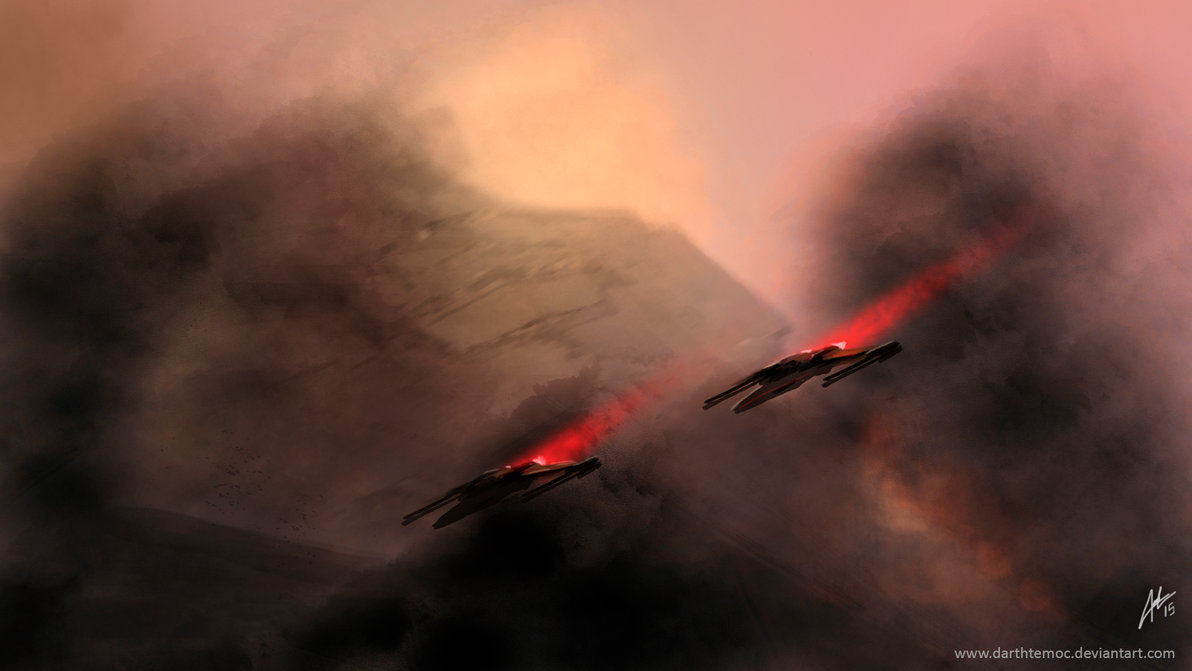 If there’s one thing and one thing alone that I’m excited about in Star Wars: The Force Awakens, it’s the prospect of seeing new X-Wings duke it out with new TIE Fighters. The space battles have always been my favorite part of Star Wars and The Force Awakens pretty much had me hook, line and sinker when Abrams and friends revealed that the movie would include a snazzy new version of the classic ship. Put shortly, X-Wings are awesome and this illustration is amazing by the sheer virtue of focusing on them.