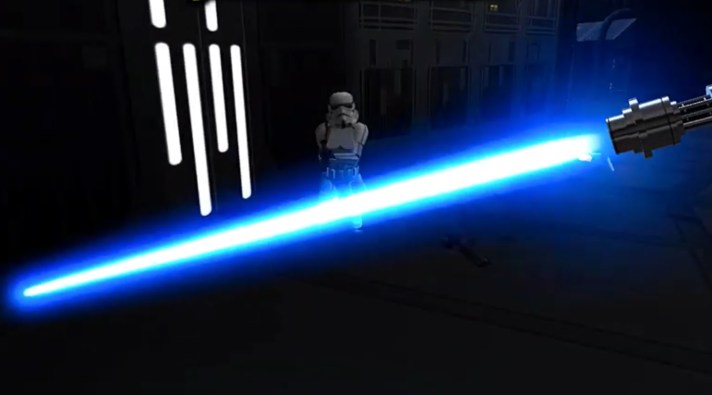 An experienced team of modders is working to port the classic game Star Wars: Jedi Knight II – Jedi Outcast to the Meta Quest 2 platform, with full VR support. Team Beef has released the first playable early access demo for the project to its Patreon supporters, alongside a short video showing off the mod in action.

The video (embedded below) features snippets from the investigation of an Imperial base. It provides a glimpse of the motion-controlled lightsaber combat, including quite a lot of acrobatics. It has to be said, though, that the dismemberment of stormtroopers in Jedi Knight II – Jedi Outcast looks particularly satisfying in VR.

The demo is only available to those who are subscribed to Team Beef’s mid-tier or higher on Patreon. The full release will be made available to everyone for free, and that is currently expected to happen early next year. Between now and then, Team Beef is planning regular updates that will add more levels and features.

Also in the cards is a Quest 2 port of Jedi Outcast’s sequel, Jedi Academy.

As you might expect, this VR port of Star Wars: Jedi Knight II – Jedi Outcast isn’t the first VR mod rodeo for Team Beef. The crew has previously been responsible for bringing several classic games to VR, including Half-Life, Return to Castle Wolfenstein, and Quake 3. It is also currently developing PC VR ports for Wrath: Aeon of Ruin and Bendy and the Ink Machine.