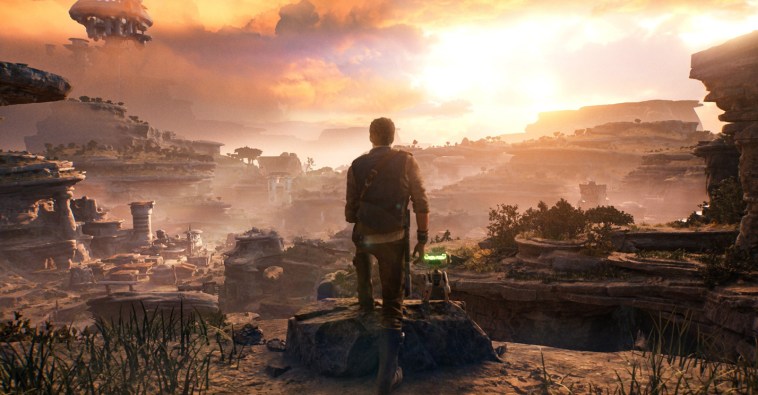 During The Game Awards 2022, we finally got a firm release date for Star Wars Jedi: Survivor. March 17, 2023 is still a few months away, however. Fortunately, gamers hungry for more information on the title have something to sink their teeth into today. From a conversation with game director Stig Asmussen, Game Informer has shared some interesting details about Star Wars Jedi: Survivor gameplay, especially involving new combat fighting stances and mounts to ride.

One of the most notable details revolves around Survivor‘s combat. There will be a total of five fighting stances, a departure from the two you have in Star Wars Jedi: Fallen Order. The dual-blade lightsaber makes a return, alongside a brand new blaster weapon, which will add ranged attacks to Cal Kestis’ repertoire. It will be up to the player to experiment with each style to determine which one to use on various enemy types. Respawn Entertainment is basically taking a page from Sucker Punch Productions’ Ghost of Tsushima.

Moving away from combat into traversal, Star Wars Jedi: Survivor will now incorporate mounts you can tame and ride. Traveling will be much more flexible this time around, incorporating “much of a wider Metroidvania approach.” Expect new faces, both good and bad, and unknown planets to explore, as well.

Star Wars Jedi: Survivor sounds like a step up from Star Wars Jedi: Fallen Order in every way. I found the original fun but flawed, so I’m excited to see how Cal’s next adventure shapes up on PC, PlayStation 5, and Xbox Series X | S this March.