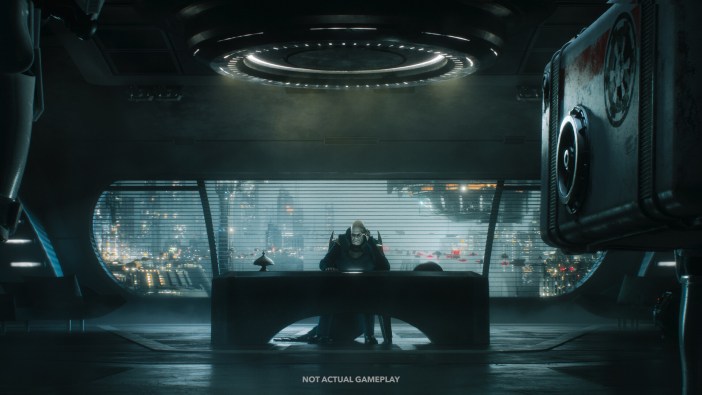 Electronic Arts and Respawn Entertainment jumped the gun with the Steam page for upcoming action adventure Star Wars Jedi: Survivor, as the page briefly revealed that the game has a release date of March 16, 2023 on PC, PlayStation 5, and Xbox Series X | S, in addition to sharing details of a preorder bonus and deluxe edition content. All of this information has been subsequently taken down, and depending on your region, Steam also listed the date as March 15, 2023. Either way, the game appears to be launching in March, and The Game Awards 2022 will likely provide the official announcement when it airs on Thursday, December 8.

If you preorder the standard version of Star Wars Jedi: Survivor ahead of its March release date, you can get an Obi-Wan Kenobi-inspired Hermit cosmetic, Hermit lightsaber set, and Combustion Blaster Set. Meanwhile, if you preorder the Star Wars Jedi: Survivor Deluxe Edition, you will additionally receive cosmetics similarly modeled after Han Solo and Luke Skywalker in A New Hope, as detailed in the images below. 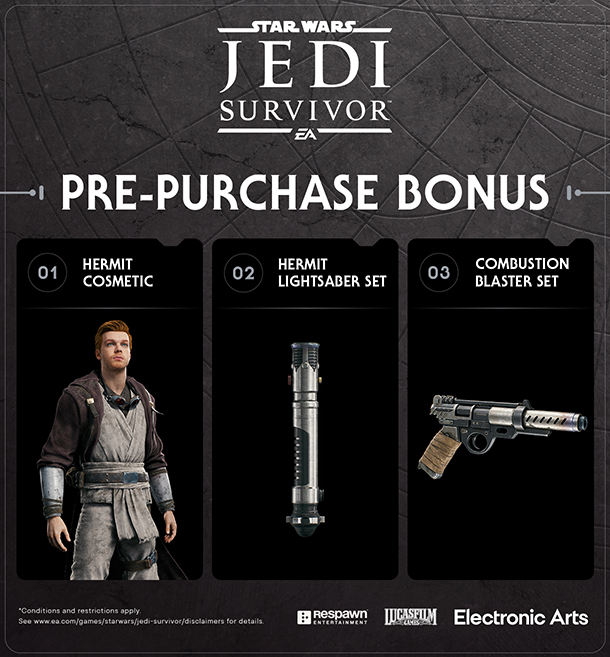 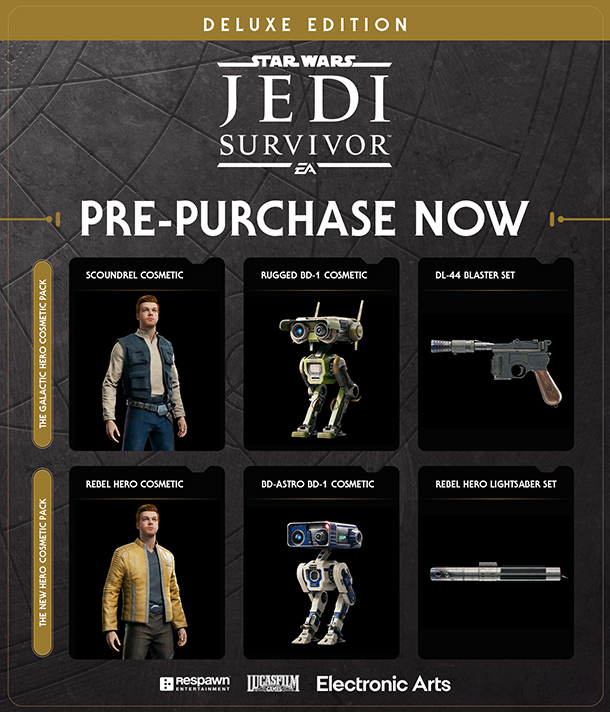 Star Wars Jedi: Survivor is of course the sequel to the hit 2019 game Star Wars Jedi: Fallen Order, which sold more than 10 million units within a few months of release and gave EA the shocking realization that single-player games are still profitable. In the sequel, which takes place five years later, Cal will continue his “crusade against the Empire” as a Jedi Knight who will incorporate further new Force powers and lightsaber fighting styles this time around.

You can expect a full reveal trailer and perhaps release date confirmation for Star Wars Jedi: Survivor this Thursday at The Game Awards.