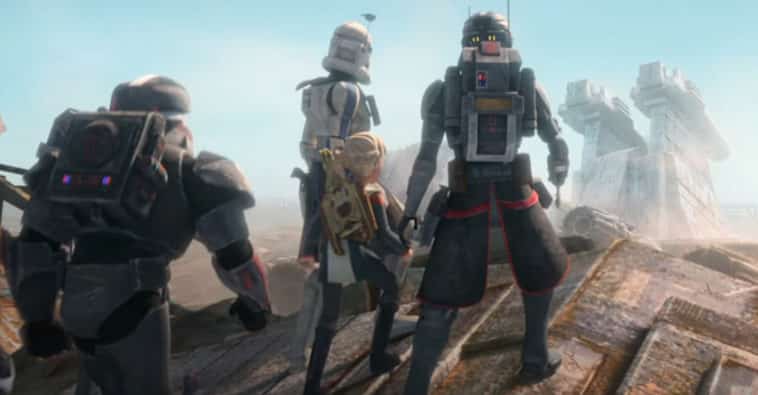 The Bad Batch is back again. Disney has announced Star Wars: The Bad Batch, the animated series featuring a rag-tag group of ex-stormtroopers trying to do good during the Empire’s rule, has been renewed for season 2, which will premiere in 2022.

Star Wars: #TheBadBatch will return for a second season in 2022. Prepare for the two part finale of season one starting tomorrow, only on @DisneyPlus. pic.twitter.com/UsseGvPXgS

“The entire Lucasfilm Animation team and I would like to thank Disney + and our fans for the opportunity to continue telling the story of the Bad Batch,” said executive producer Dave Filoni. Filoni has been the man behind much of Disney+’s Star Wars content and has shepherded in a bit of a revival for the franchise as the films either divided or alienated the fan base. The Bad Batch is itself a spin-off of Star Wars: The Clone Wars, an animated series that helped reframe Episodes I-III as something less sucky by actually being good.

Just what Clone Force 99 and Omega will get up to in the The Bad Batch season 2 isn’t known, but the first season gave us enough to chew on that there should be plenty of excitement. The setting of a post-Order 66 universe is rife with possibilities for unpacking as we’ve seen already, and it’ll be interesting to see how the world expands even further.

No release date has been set for Star Wars: The Bad Batch season 2.