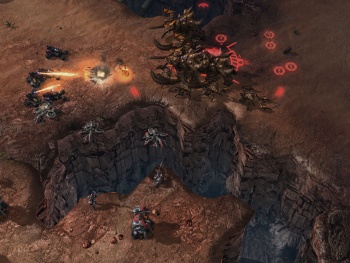 Blizzard is preparing to close the curtains on the Starcraft 2 beta, but it’s more of an intermission than a grand finale.

Blizzard announced today that the beta, which began in February will be going offline on May 31, just two weeks away. During that time, Blizzard will be tweaking the hardware and software configurations in preparation for the official launch. However, a few weeks before Starcraft 2 is released, Blizzard will bring the beta back online for final playtesting.

With the beta ending, Starcraft fans will still have to do something to kill time until the game hits stores. To get your Starcraft fix while the beta’s offline, you can always revisit our Starcraft 101 videos. Starcraft 2 is due out July 27.

Science!: The Best Illusions of the Year!