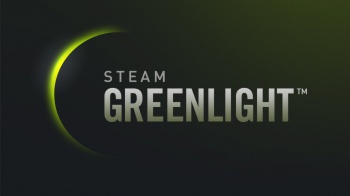 The design director at indie developer Curve Studios says a Valve rep told him at GDC that Steam Greenlight will be gone within a year.

It’s no secret that Valve would like to do away with Steam Greenlight, the voting/curation process that helps determine which games make it on Steam. Gabe Newell himself said so during Steam Dev Days back in January. And according to Curve Studios Design Director Jonathan Biddle, even though Valve hasn’t had anything to say about it since, the wheels are turning.

We met with Valve at GDC, and they say Greenlight will be gone within 12 months. They'll still offer curated space, but otherwise be open.— Bidds (@onebitbeyond) March 25, 2014

“We met with Valve at GDC, and they say Greenlight will be gone within 12 months,” Biddle tweeted earlier today. “They’ll still offer curated space, but otherwise be open.”

Biddle said he couldn’t offer any verification of what he was told, but he added that the person he spoke to was “very genuine.”

“They just want to get out of the way, stop being a bottleneck. They want to do it ASAP,” he tweeted. “Partly because the current system is too much work for them, but also because they don’t think it’s fair as is.”

Even though Newell has made it clear that Greenlight’s days are numbered, it’s grown so popular and integral to the process of Steam releases for indies that it’s hard to imagine a future without it. Of course, it may well be replaced with something functionally similar; Newell said in January that he wants Greenlight to go away, “Not because it’s not useful, but because we’re evolving.”