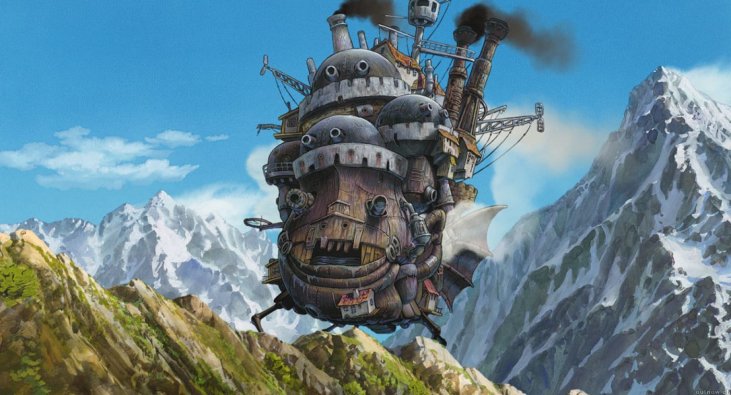 We may be getting a classic Hayao Miyazaki film in three years or so, but Studio Ghibli‘s next film is moving into the future. Well, more like the animation present, which is dominated by 3D computer-animated fare on cinema screens. The studio has announced that its next film is an adaptation of Diana Wynne Jones’ 2011 children’s novel Earwig and the Witch.

The film is being directed by Miyazaki’s son Goro, which will make it his follow-up to From Up on Poppy Hill. The movie is being developed and planned by Hayao Miyazaki. It is, more importantly, the first time that Ghibli has done a completely CGI film, aside from the short CGI film Boro that Hayao Miyazaki created for the Ghibli Museum. It’s unclear if the film will look like your standard CGI effort, as clips of Boro show that the animation hews closer to Ghibli’s traditional style but created through CGI. However, the use of the term “3DCG” suggests the movie will not look hand-drawn.

This isn’t the first time that Diana Wynne Jones’ work has been adapted by Studio Ghibli either. The seminal Howl’s Moving Castle was based on one of her books as well, which were often full of fantasy and exploration, making them a great match for Ghibli. The story of the book is about an orphan who is adopted by a witch and taken to a magical house full of mystery and secrets. It sounds like the perfect setting for a Studio Ghibli film.

The film will premiere on Japanese TV station NHK this winter with no planned theatrical release. There’s no word on an international release yet.