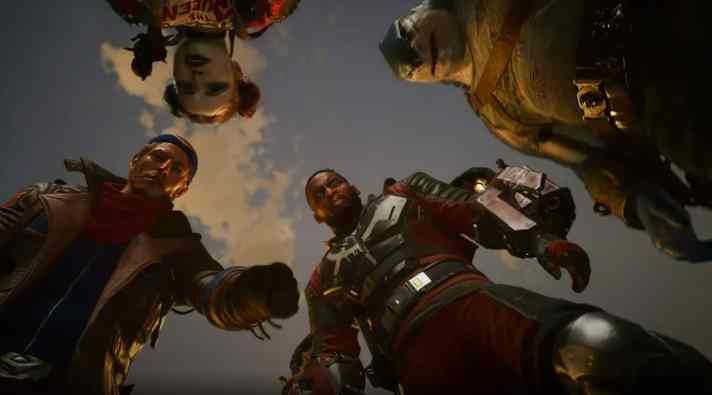 Rocksteady Studios just released a nice, meaty story trailer for Suicide Squad: Kill the Justice League at DC FanDome that shows Taskforce X facing off against the likes of Superman, the Flash, Wonder Woman, Green Lantern, and more. The studio’s latest superhero action game looks to ditch the stealthier approach seen in the Batman Arkham series, with characters just as loud and bombastic as the explosive set pieces that surround them. See Deadshot, Harley Quinn, King Shark, and Captain Boomerang take on some of DC’s finest in the Suicide Squad: Kill the Justice League story trailer below.

Suicide Squad: Kill the Justice League was first announced with little more than a quick cinematic trailer, and today provided a better look at the story and characters. There’s still more we’re waiting to see, though, such as what the game will actually look like when it’s in motion. We’re also still waiting for a Kill the Justice League release date, but we do know that it will launch sometime in 2022 for PC, PlayStation 5, and Xbox Series X | S.

The wait for Rocksteady’s latest has been long, with the studio’s last full-fledged video game launching all the way back in 2015 with Batman: Arkham Knight. Meanwhile, WB Montreal has been busy toiling away at its own superhero game, Gotham Knights, which will also make an appearance during DC FanDome today. You can watch the presentation below.