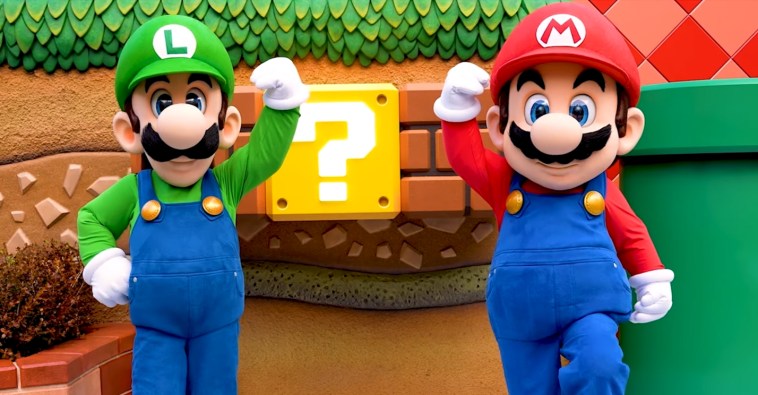 The theme park Super Nintendo World opens at Universal Studios Hollywood on February 17, 2023, and now there is a teaser video of sorts to give a first look at what park-goers can expect. For some reason, Nintendo has shared a 30-second first look on Twitter, but a 60-second version of Super Nintendo World at Universal Studios Hollywood is also available. We’ve opted to share the longer version below.

If you have ever watched any of the many different promotional videos that Nintendo released when it was opening the original Universal Studios Japan version of Super Nintendo World, then you will note that the Hollywood location looks fairly identical. Surely that is by design, as Nintendo and Universal want to give the same thrilling experience to people around the world. Right now, the park features one attraction most prominently: Mario Kart: Bowser’s Challenge, a ride that incorporates augmented reality. However, at the moment, the Hollywood park lacks the leisurely Yoshi’s Adventure ride available at the Japan location.

To gamify the experience of going to Super Nintendo World further, park-goers will wear special wristbands (“Power-Up Bands”) that record some of your progress and react to parts of the environment. There will also be myriad opportunities to empty your bank account on merchandise or eat at Toadstool Cafe. Basically, it’s all a Nintendo fan’s dream come true.

Super Nintendo World opens at Universal Studios Hollywood on February 17, 2023, but the Universal Studios Florida location is still at least another year away, if not two years away. Meanwhile, the Japan location is working on getting another major expansion to include a Donkey Kong area.