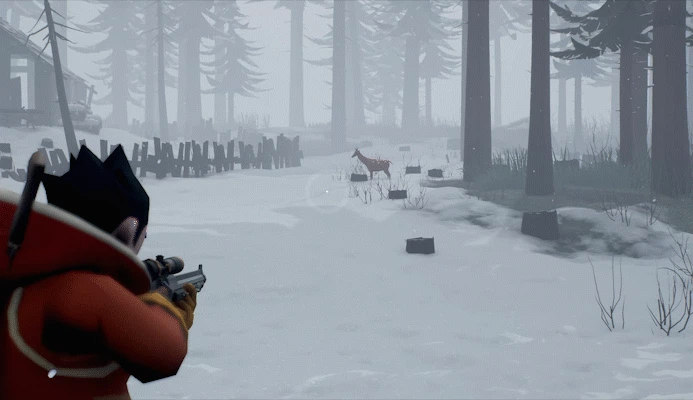 Developer Neostream has provided eager Little Devil Inside fans a more in-depth look at the game’s snow areas. Shared on its Kickstarter campaign page, the update also lets patient backers know that the team is still “making good progress.” Though the footage below is a work in progress, Neostream says the snow environment is already one of Little Devil Inside’s “more harsh” areas.

Though its art style makes the game look like a cuter version of Playdead’s Inside, this title still promises quite a bit of challenge. In a talk with Escapist sister site OnlySP a few years ago, Neostream described Little Devil Inside as a “survival action RPG set in an unrealistic world with realistic environments.” Players will have the option to tweak stats and upgrades as in most RPGs, but the developer is hoping to “create an emotional link” between the player and the game’s mechanics throughout the game. The goal seems to be for players to become completely immersed in Little Devil Inside’s world, varied combat, and survival mechanics despite some extraordinary scenarios. Some standout moments showcased over the years include hiding from a dragon in the mist and using a minigun to ward off a giant squid.

In terms of story content, the studio had said to OnlySP: “Yes, there is a main storyline, but the story itself we hope to most players will not be the focus of attention. Rather, the experiences they will encounter within the story will … have more meaning and eventually give more satisfaction.”

As showcased in some early gameplay footage, there are more environments to explore outside of the winter area.

Little Devil Inside met its funding goal on Kickstarter in May of 2015 and went on to raise a total of AU$306,515. With the exception of a few long breaks between updates the past few years, Neostream has continually provided new information on the long-awaited project. Since starting the campaign, the South Korea-based developer has seen considerable staff growth, with one update earlier this year stating that there “is still a lot to do.”

Little Devil Inside does not have a release window yet. Neostream’s website lists PC, PlayStation 4, Xbox One, and even the Wii U as planned platforms, though surely many plans have changed over the past years. Stay tuned for more updates.