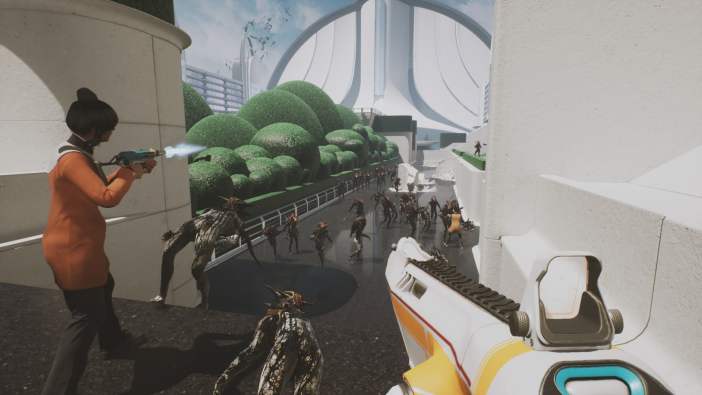 The Anacrusis, currently in early access, has really been putting me on the spot. It might look – and play – like a sci-fi Left 4 Dead, but The Anacrusis also sports the same awkward energy as Among Us and TV’s The Crystal Maze with its respawn mechanics.

For those unfamiliar with the latter, you’ve missed out on Richard O’Brien, Ed Tudor-Pole, or, more recently, Richard Ayoade running around a warehouse while a group of idiots fails to solve the most rudimentary puzzles. “To win a crystal, name a type of household pet,” one puzzle clue would read.

“IS IT TAC? TRY TAC!” a contestant’s teammates would yell as the chosen participant fumbles with the letters A, C and T. If they were lucky, they’d stumble out of the puzzle room, empty-handed, before they were locked in. If they weren’t, they’d be forced to sit there, hoping that the other contestants would sacrifice a crystal to let them out.

The Anacrusis might not sport any insultingly simple puzzles, preferring instead to hurl all manner of alien nasties at you, but its respawn system is just as wicked. Should someone get downed by a beastie, you can help them up if you get to them in time, as is the case with Left 4 Dead. But if they’re killed, your only option is to respawn them. The twist is that doing so unleashes a horde of aliens that will descend on you while those teammates regenerate. 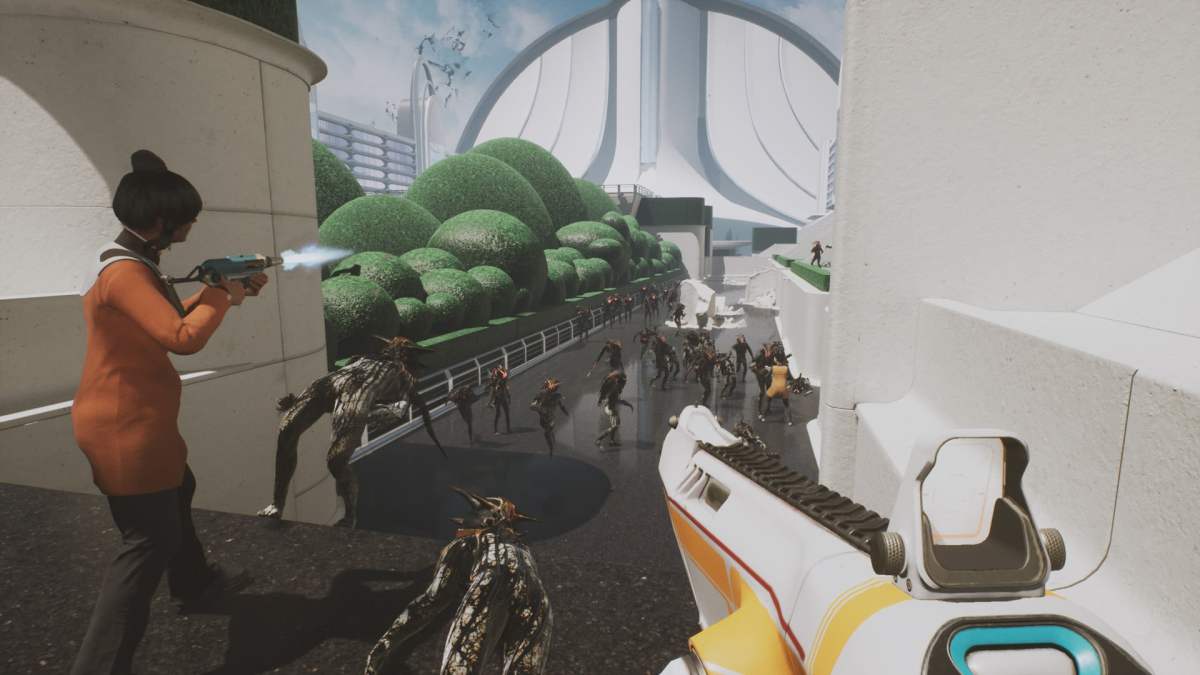 “But it’s worth the risk to get my teammate(s) back,” I reasoned as I pressed down on both thumbsticks and prepared to face the horde. My fellow survivors survived the onslaught, albeit with less health points than we previously had, and 30 seconds later, we were on our way.

However, two minutes after that, we were flailing around on the floor because the player we’d brought back to life had decided to run off in the opposite direction. I don’t know if anyone could hear me yelling through my microphone, but as I struggled to blast alien snot off a survivor, I had a few choice words for my recently resurrected comrade.

That’s why, from that point onwards, I’d find myself pausing every time The Anacrusis helpfully reminded me I could respawn the fallen. In theory it’s all about teamwork, but if your team doesn’t actually work – or one of them doesn’t – are you doing yourself any favors by breathing new life into them? You can’t choose which teammates to resurrect, but if more than one is dead, there’s a good chance you’re doomed anyway. So you’re left to ponder whether getting SusBinky04 back is worth taking the hit for.

Speaking of sus, if you’re sharing a Discord channel or the equivalent, there’s potential for some Among Us-style voting. Certainly, for a game about working together, the respawn system in The Anacrusis can be weirdly dehumanizing. Whenever a player did something stupid, I’d make a mental note of it, assigning it to their imaginary ledger. 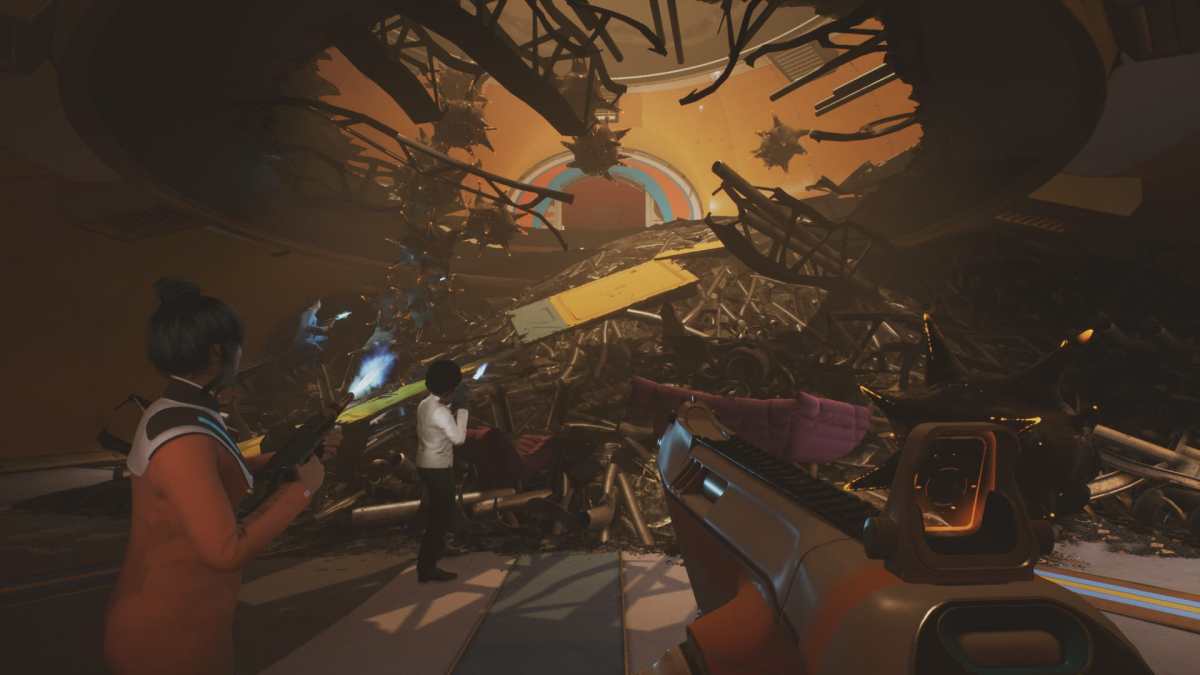 Yes, the voice lines make it seem like we’re the best of buddies, but I just watched you hurl yourself off the promenade for no good reason. Tough luck, you’re staying dead. Does that run contrary to the spirit of the game? Yes. Does it make me sound like a smug, condescending prick? Also yes.

But in my defense, The Anacrusis’ respawn system is set up in such a way that, if you’re playing with strangers at least, it complicates the notion of teamwork. Any one player can trigger it, so whoever initiates a respawn takes responsibility for bringing down the horde and, in a roundabout way, for SusBinky04 trying to speedrun the level solo.

I got my comeuppance, though. Whether the recent patch has upped the difficulty or I’ve just had a run of bad luck, I’ve found myself in need of respawning on several occasions. And like some hapless Crystal Maze lock-in, I’ve been sitting there waiting for a second chance, pondering whether anyone else is going to click those thumbsticks. Still, it’s not like they’re judging me on my performance, right? And even if they were, I wouldn’t hold it against them… probably.