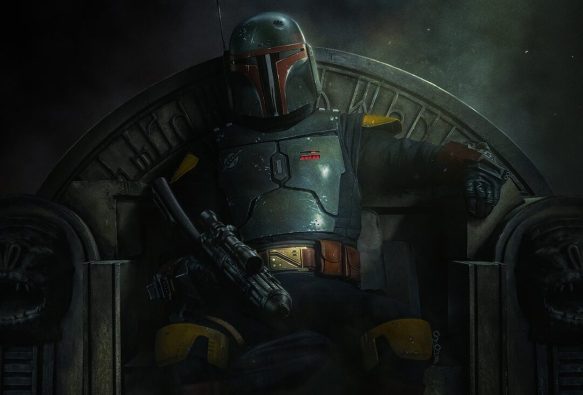 Disney said that The Book of Boba Fett would be released in 2021, but it appears it’ll be cutting it close with its final release date. The Star Wars series, which is spinning off from The Mandalorian, will begin streaming on Disney+ on December 29, 2021, meaning only one episode will land in 2021, with the rest being released weekly in 2022.

His story is only beginning. The Book of @BobaFett, an all-new Original Series, starts streaming December 29 on #DisneyPlus. #TheBookOfBobaFett pic.twitter.com/uXQbjSsLlQ

The Book of Boba Fett comes from current Star Wars shepherds Jon Favreau and Dave Filoni, who reintroduced the character of Boba Fett in The Mandalorian to much excitement from fans. Despite the character’s outsized presence in the fandom up until that point, he had very little screen time and even less time being an actual badass Mandalorian bounty hunter. The new show looks to correct that and will most likely focus on his quest to get revenge on the many, many people who have wronged him and are now in his titular book. Upon its release date this December, The Book of Boba Fett will feature him and mercenary Fennec Shand returning to Tatooine “to stake their claim on the territory once ruled by Jabba the Hutt and his crime syndicate.”

Temuera Morrison, who played Jango Fett in Star Wars: Attack of the Clones, provided re-dubbed dialogue for Boba Fett in the original trilogy, and reprised Boba in The Mandalorian, returns once again alongside Ming-Na Wen, who plays Fennec Shand. Robert Rodriguez, who directed the episode of The Mandalorian that featured Boba Fett, has not been confirmed as a series director but is working on the series as an executive producer and says that the series is going to be something special.

This will be Disney’s first shot at spinning off its successful live-action Star Wars efforts on Disney+ after the first two seasons of The Mandalorian became the saving grace of the franchise. The film series ended on a sour note with Star Wars: The Rise of Skywalker, and Disney has thrown all of its chips into the franchise being successful on Disney+ with a host of series coming out, including Rangers of the New Republic, Ahsoka, and the long-delayed Obi-Wan Kenobi series.