To bring you even more perspectives on the weird, wide and wonderful world of videogames, The Escapist turned to marketing professional J.P. Sherman to illuminate his often misunderstood aspect of the industry.

I’ll be honest; I’m in the business of manipulation. It’s one of my jobs to influence you, the gamer, to modify your behavior. More often than not, it’s a subtle behavior I’m looking to modify. I want you to click on a link. I want you to download a trailer or demo. I want you to willingly give me your email address so I can send you information that will also attempt to convince you to do another thing I want you to do. I also want you to join my forums, follow me on social networks and subscribe to my RSS feeds. If I can convince you to do these things three or more times, I know that you’re much more likely to part with your money and buy something. These are the facts and the realities of the marketer, and I do these things over and over again.

Now, allow me to tell you exactly what I do again, just with other words. I want to give the gaming community the screenshots, videos and information that you want. When you’re looking for the latest information on an upcoming videogame, I want to provide that information to you quickly and efficiently. When the videogame comes out, I want to make sure that it is available in the right quantities where you’re most likely to purchase it. I want to generate enthusiasm, buzz, purchase intent and, at times, a little bit of controversy.

There are a few things I’ve noticed about videogame marketing that’s given us a deservedly bad name amongst gamers and self-described geeks.

We Underestimate the Intelligence of Gamers
When a popular gaming company hired an agency to do some viral marketing, they came out with a horrible rap about one of their most popular hand-held gaming devices. I remember seeing this rap. At the time, I thought that this agency, and the executives that approved it, had read all the right articles but missed the point completely. I could imagine that they made a very nice PowerPoint presentation that had bullet points on “going viral”, “kids love the rap music”, “make it edgy” and “growing the brand among youth”. Despite being a horrible execution, which, as a marketer, I can forgive, they tried to hide the source of the marketing. It wasn’t long until a few clever gamers identified the source, posted it and called them out. The agency and the client went silent, offering a few weak denials to the media. After that failure went viral, they admitted the whole thing and told gamers that “maybe our speech was a little too funky fresh???” For the most part, gamers didn’t react negatively to the device. That was the one good thing of the campaign. It was the deception that caused the backlash and the denials.

We Market To Gaming Stereotypes
At Comic Con 2009, there was a social media campaign that urged gamers to take pictures involving an “act of lust” with a booth-babe. The campaign specifically targeted the stereotypical male gamer. They completely disregarded the fact that there would be another person involved with their campaign, the unwitting girl at the receiving end of the “act of lust”. While it generated attention and media buzz, overall it was seen as reinforcing both male and female stereotypes. To make matters worse, they issued a standard, “I’m sorry if anyone was offended” apology without taking responsibility for the event. This is one thing marketers do that’s slowly getting a little bit better… In almost every pre-marketing meeting I’ve been to, the target audience remains a constant. The presentation displays in a proud font, “we’re going after the male, 18 – 25 demographic”. More than once, when called in as a consultant, I’ve reminded the agency that the average gamers’ age is closer to 35 than 25. Now, I have that research printed out and on-hand at the meeting to prove it. Publishers who market videogames tend to be a bit more up to date on their research, but I’ve yet to consult an agency where they’ve looked at demographic data instead of relying on their own, internal anecdotal “research”.

We Go to the “Xtreemez” and Use 5-Year-Old Memes
The biggest videogame marketing trope is any ad that loudly proclaims, “Boost Your (Game/ Skills/ Score/ Rank)”. They get extra points when they add a “Z” to the end of one of the words, use random capitalization or word-shortening. Marketers need to understand that most likely, they’re not cool, they’re not “plugged in” and by the time they’ve seen a funny YouTube video or heard of a meme, three more memes have gone by and died within the gaming community. By pretending to be “one of us” they look like the creepy forty year old guy at a dance club. 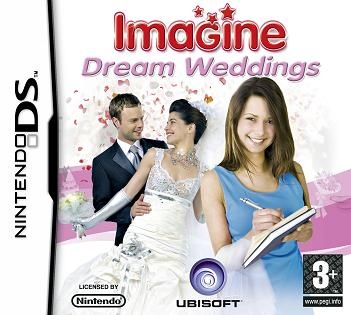 We Don’t Realize That Girls Play Games Too
If you want girls to buy your product, just pink it and shrink it. Better yet, give girls videogames like Ubisoft’s “Imagine” series, preparing girls for future careers in cooking, dressing up and making babies. Gamer girls have a special place in Hell for marketers using that kind of thinking. More women play casual and social games than men, they tend to spend more in micro-transactions and play in shorter bursts. When it comes to core games and MMOGs, female gamers are nearly equal in numbers to male gamers. Here’s where things get complex and where most marketers fail. When marketing a videogame, both male and female gamers are looking for the same content. If you tailor that content towards a particular gender, you’re doing it wrong. While it’s true that male and female gamers weigh parts of a game differently, it’s up to you to tailor your media not towards a gender, but to an aspect of the game. Show the action, show the story, show the customization and show the character arc. Tailor the content towards what people want to see, not what you think their gender is.

We Try to Control the Narrative
Look, there are always going to be gamers who laugh at you. I had a conversation once with a client a few years ago after he sent me a link with a particularly vicious blog post and comments about their game. After asking me to call up the popular videogame blog and ask them to remove the post and comments, I told them that would actually be worse. After a long discussion, I educated them on “The Streisand Effect”, and they realized any action would be interpreted as a cover-up or information manipulation would be immediately pounced upon and they’d have an even worse disaster on their hands. They gradually relented and went through with their relationship with that popular gaming blog. We marketers try to control information releases, perspectives and even spin. When things happen beyond our control, forcing those things to be in our control never turns out the way we want.

We Just Make It Hard to Trust Us
It’s overwhelmingly proven that gamers, especially core gamers, want to be marketed to. They crave new media about the games they’re excited for. They want exclusive information, screenshots, videos and codes. They want swag and they want in-game rewards. Gamers, for the prospect of getting something they value, will give marketers personal information, they’ll download apps and they’ll sign up for newsletters. But they want to know that marketers and game companies value their input and support. We, as marketers, make it an unpleasant experience. We’re not transparent. I can’t tell you how many times I’ve told people that “sockpuppeting” in forums is a bad idea. Once, the entire office’s access to Penny Arcade’s forums was blocked because one marketing executive started posting things like, “OMG, u guys gotta check this awesome new gaming site lol, it’s the pownz!”. We don’t understand the complexities of the audience and we tend to think that we know best, because that thing that we’re marketing, we know you’ll love it, we focus grouped it last year.

It’s Not Just What Not to Do
When the marketing campaign integrates social media marketing and community management, the relationship between the marketing and the gamer has gotten better, but marketing to gamers is more than just not doing the things I said not to do. Videogame marketers need to assume that the gamer is intelligent and at least, curious. We leave a digital trail with our marketing campaigns and if we’re not transparent, we’ll be exposed. Focus on value and experience and not trying to fit in to the gamer subculture, awesome though it may be. Show the community that their feedback is worthwhile and valuable. User feedback is precious information that needs to be cultivated. If we don’t give back, that community, along with its information, will dry up. If we find ourselves saying that PR & marketing problems stem from a vocal minority, it’s time to review how we’re treating the community and the people who want to be our customers.