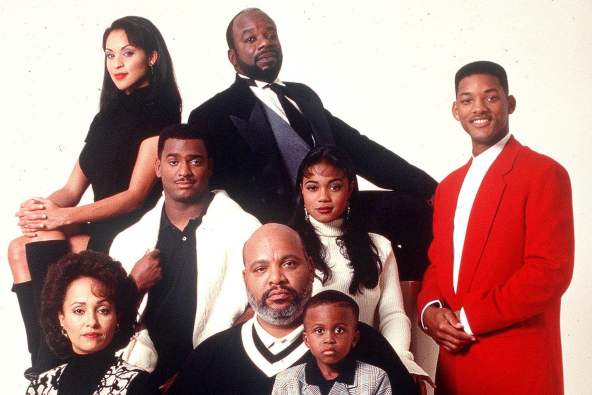 The Fresh Prince of Bel-Air is coming back, but the show is being flipped-turned upside down. Will Smith is producing a new, dramatic version of the series alongside Morgan Cooper, who made a viral trailer last year for a theoretical dramatic take on the sitcom called Bel-Air. Morgan, a professed super fan of the original series, will write, direct, and co-executive produce the new series, a major step up from the shorts he was making previously. Chris Collins (The Wire, Crash, Sons of Anarchy) will partner with Cooper to write the series and will act as showrunner.

The fake Bel-Air trailer was a sensation when it was posted in March of 2019, and Smith evidently has been working with Cooper on the show since then. There’s no home for the series yet, but it is being shopped around to streamers with Peacock, Netflix, and HBO Max all interested. The original The Fresh Prince of Bel-Air aired on NBC, giving Peacock a strong connection, but it now streams on HBO Max. Reboots are an insanely hot commodity right now for platforms, and there will probably be a bidding war over this one considering Smith and other original producers Quincy Jones and Benny Medina’s involvement.

The show will follow the same premise as the sitcom but instead be an hour-long drama that touches on subject matters such as class, race, and culture in America. Honestly, if you were to describe the premise of The Fresh Prince of Bel-Air to someone who had never heard of the series, they would probably think it should be a drama and not a comedy. The description of the series does hint that, despite the serious turn, it will feature nods back to the original show and hold some of its “swagger.”

Of course, true Fresh Prince fans know that the show could be heavily dramatic in its own right when it wanted to be. The episode diving into Will’s relationship with his father is still one of the most respected in sitcom history, with an ending that is routinely praised for its dramatic power and strong performances. We’ll have to wait and see if a “real” drama can top that.