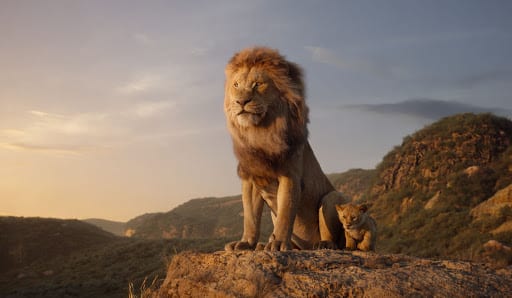 It’s the circle of life… again. Disney’s insanely successful “live-action” The Lion King is getting a sequel, and it’s set to be helmed by Moonlight and If Beale Street Could Talk director Barry Jenkins. The screenplay will be written by the first film’s Jeff Nathanson, and a first draft is finished.

“Helping my sister raise two young boys during the ’90s, I grew up with these characters,” Jenkins said. “Having the opportunity to work with Disney on expanding this magnificent tale of friendship, love, and legacy while furthering my work chronicling the lives and souls of folk within the African diaspora is a dream come true.”

Jenkins directing the sequel is a major win for both him and Disney. The Academy Award-winning writer/director is well respected, and his previous films, which focused heavily on societal issues and race, will lend the sequel a lot more credibility than just a cash grab. For Jenkins, it will be his first major blockbuster and set him up to follow in the footsteps of one of the most successful films of all time while hopefully carrying on the stunning technological legacy that Jon Favreau built through the first film.

There isn’t a lot of information aside from the fact that the film is being made, but the story is said to partially take place in the past, telling of Mufasa’s early years. Maybe we’ll finally learn what Scar’s name was before he got that scar or if his parents just wanted him to grow up evil. The movie’s release date, production start, and cast are still mysteries, but knowing Disney they’ll probably be able to pull back the entire cast of the first film, which included Donald Glover, Beyoncé Knowles-Carter, Billy Eichner, and Seth Rogen. Whether or not James Earl Jones will return as a younger Mufasa isn’t known, but it would be hard to replace his iconic voice.

This isn’t the only successful live-action Disney remake to be getting a sequel. Both The Jungle Book and Aladdin have them in the works. Sadly, none of the films are based on any of the direct-to-video Disney animated sequels.