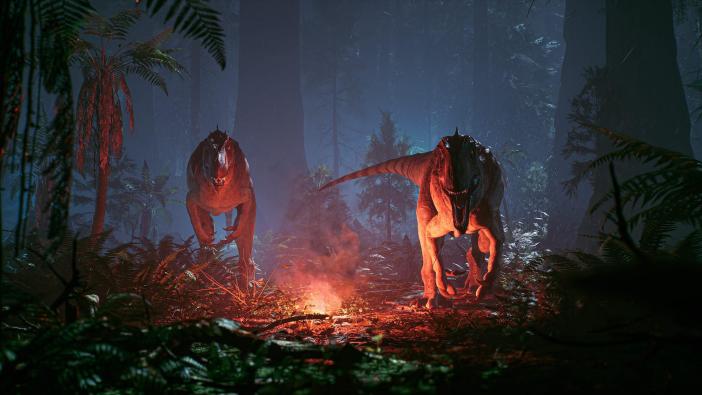 A new gameplay trailer from Great Ape Games shows off a pre-alpha build of The Lost Wild, a cinematic horror game that puts players at the mercy of a jungle filled with prehistoric predators. The beginning moments of the video seem tame enough, with open wooded areas populated with the occasional dinosaur. However, things quickly take a turn for the worse when night falls. Each dinosaur showcased is either big, fast, or both, and it looks like they’ll be grouping up to surround you the second things get dark. Check out the pre-alpha teaser trailer for The Lost Wild below.

This is the first new video showcase from Great Ape in nearly three years. The studio had largely gone dark on social media during that period as well, except earlier this year to share a job post. However, after today’s pre-alpha gameplay footage, it looks like the time away was well spent. Simply put, Great Ape says it has been busy “building the dinosaur game we’ve always wanted to play.”

That means The Lost Wild and its dinosaurs are built to terrify before they eat you alive. The studio boasts creatures with built-in self-preservation and reactive systemic AI behavior, introducing novelty in how players approach each encounter. Including the ability to repel and fight off predators with non-lethal tactics, The Lost Wild will let you intimidate and lure foes with gameplay that tests your reflexes and brain.

Players will find themselves exploring abandoned Japanese facilities from a first-person perspective, where staying quiet is just as important as scavenging for tools. This Jurassic Park-like nightmare has a narrative to unravel as well:

Communicate with a mysterious voice over the radio. Use it to help navigate your way through the facilities and find a way to escape. Hear a slow feed of dramatic points and information that slowly builds a bigger picture and with it, increasing curiosity. Piece together the history of the island, the events that lead to the situation you are in and face an emotional and impactful dilemma at the conclusion.

There’s still a lot left to be revealed for The Lost Wild, including platforms and a release window. Until then, Great Ape says you can stay tuned to its social media for updates.