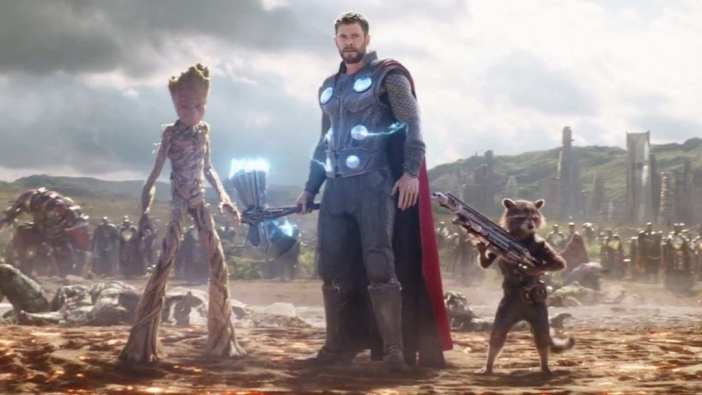 The end is never the end in the Marvel Cinematic Universe. Just look at all those post-credits scenes. Avengers: Endgame will likely act as a curtain call for stars on the current MCU roster, but the penultimate film in the Infinity Gauntlet-inspired story won’t be the death of Marvel’s broader superhero fantasy. Disney bathes in too much glorious movie ticket-generated cash — in a Scrooge McDuck style money bin, we assume — and merchandising to stop, and even though Marvel Studios has been tight-lipped regarding its machinations on the post-Thanos Phase 4, the MCU will have a future after Avengers: Endgame. Let the speculation commence!

Here is what we know so far: Spider-Man: Far From Home will swing into cinemas on July 2, 2019. The Spider-Man: Homecoming sequel released its first trailer in mid-January 2019 and reportedly takes place mere moments after the conclusion of Avengers: Endgame. Marvel Studios president Kevin Feige revealed via an interview in Shanghai with Bilibili that the new Spider-Man film, not Avengers: Endgame, will conclude phase 3. “[Spider-Man: Far From Home] is the end of the third phase,” Feige said. “You’re the first person I have told that to.”

Spider-Man: Far From Home is the only post-Avengers: Endgame MCU film scheduled for this year. Outside 2019, the confirmed Marvel Studios features are Guardians of the Galaxy Vol. 3, The Eternals, Black Panther 2, Shang Chi, and an untitled feature starring Black Widow. Information surrounding the three films is sparse, and aside from James Gunn being reinstated to direct Guardians of the Galaxy Vol. 3 and how The Eternals may have a gay lead character, all the movies are in pre-production mode and in the process of casting characters.

Phase 4 is especially vague considering how far in advance Disney plans and publicly discusses its films.  (We’ve known about each Phase 3 release for nearly half a decade!) We do at least know that diversity is a recurring theme in the Phase 4 movies. In March, Feige stated that Captain Marvel will spearhead the MCU. Almost every Phase 4 film in the pipeline so far features a lead character that is from a more diverse background than the white, male leads of Phases 1, 2, and the majority of 3.

Other than that, everything else is rumor. Chris Hemsworth is reportedly interested in returning for a fourth Thor film with Thor Ragnarok director Taika Watiki despite his contract possibly being complete; the Twentieth Century Fox purchase gave Disney the rights to the X-Men and Fantastic Four franchises; and who knows if Squirrel Girl will make an appearance someday. At this rate, the limit surpasses the sky when it comes to the MCU, and we’ll likely have a clearer picture of what that limit is at San Diego Comic Con in mid-July. Thankfully, Avengers: Endgame and Spider-Man: Far From Home will satiate our appetites until then.