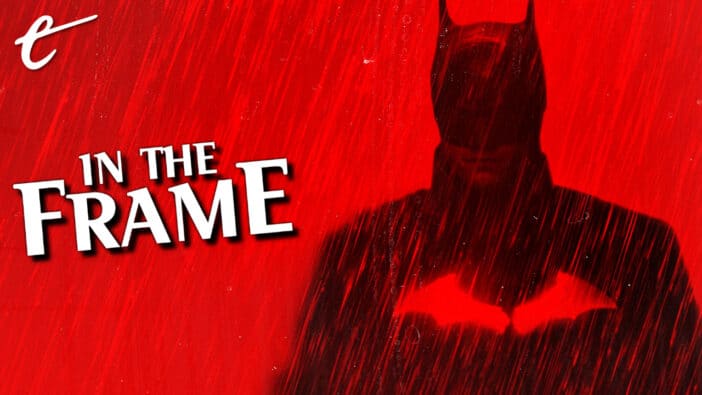 The new trailer for The Batman has opened up an old debate about the Dark Knight.

Premiering at DC FanDome, the sneak peek at Matt Reeves’ upcoming superhero reboot looks more than promising. It has a fantastic cast, including Robert Pattinson, Paul Dano, Zoë Kravitz, Jeffrey Wright, and an unrecognizable Colin Farrell. It is shot by Greig Fraser, whose work in Dune recently awed critics. It is co-written and directed by Matt Reeves, whose work on the last two Planet of the Apes films rounded out the best blockbuster trilogy since Christopher Nolan’s Dark Knight triptych.

With this in mind, the preemptive reaction to The Batman has been interesting. Certain quarters of the internet have voiced concern and frustration with the perceived tone of the film. In Forbes, Scott Mendelson pondered the viability of “just another real-world, grimdark Batman movie.” In reaction to the first teaser, David Crow at Den of Geek reflected that every cinematic Batman movie seemed to “justify its existence by being more ruthless, more sinister, and ultimately more cynical.”

There is a familiar online refrain that greets any attempt to make a reasonably grounded and serious Batman film. At GameRant, Joshua Kristian McCoy opined that “it would almost be more daring to make the Bat silly again.” Jesse Schedeen at IGN argued that The Batman should introduce “a happier, more well-adjusted Batman.” Perhaps Adam West summed up this argument most succinctly: How come Batman doesn’t dance anymore?

This is an interesting — and exhausting — argument for several reasons. The most obvious observation to make about this is that it is self-evidently falsifiable. As one of the most recognizable brands in the world, there is a lot of Batman content out there. The Batman wasn’t even the only live-action film being advertised at DC FanDome that would feature the character. The Flash will reportedly feature two completely different iterations of the character, played by Michael Keaton and Ben Affleck.

Batman is everywhere. Those who want a goofier take on the Caped Crusader might appreciate Diedrich Bader’s ongoing approach to the character in Harley Quinn. Bader is reprising the role from Batman: The Brave and the Bold, which aired from 2008 through 2011. That was a joyous celebration of the character’s goofier side, and to overlook it would be… well, outrageous. Incidentally, Reeves is also working on a new animated Batman television series with Bruce Timm.

These are television shows rather than films, so it’s not necessarily a like-to-like comparison. Of course, the line between film and television is blurring, and to discount these interpretations of the character because they appeared in television shows that ran multiple seasons rather than in theatrically released feature films feels somewhat elitist and dismissive. Batman: The Animated Series is no less valid a take on the character for being broadcast on television.

Still, there have been lighter cinematic takes on the Caped Crusader in recent years. Will Arnett offered such an interpretation in The Lego Movie, The Lego Batman Movie, and The Lego Movie 2: The Second Part. Adam West reprised the role for two animated sequels to his classic Batman show, Return of the Caped Crusaders in 2016 and Batman vs. Two-Face in 2017. Jimmy Kimmel played the role in Teen Titans Go! To the Movies — one of the best superhero films of the decade.

These films are all animated rather than live action, but hopefully pop culture is moving past treating that distinction as one that matters. In a world where a Japanese anime can be the highest-grossing film of the year and where R-rated superheroes are breaking into animation, the boundaries seem arbitrary. It seems fair to concede that the past decade has seen a diverse array of interpretations of the Caped Crusader across popular media: light and dark, goofy and gritty.

Batman’s strength has always been his versatility. More than many other superheroes, the character can work in just about any mode. There is no single right way to tell a Batman story. Tim Burton’s heightened and expressionistic take on the character is just as valid as Christopher Nolan’s probing psychological interrogation of the superhero. The key to a good Batman project is straightforward: hire a talented creative team with a clever take and let them do what they want.

This discourse over The Batman is frustrating because it’s not really about wanting diversity of interpretations of the character. After all, there are plenty of accessible stories about “a happier, more well-adjusted Batman” out there; The Lego Batman Movie ends with Batman accepting the Joker (Zach Galifianakis) as a friend. Both Harley Quinn and Batman: The Brave and the Bold have dared to “make the Bat silly again.” These are not niche properties; these are key parts of the brand.

This weird hand-wringing over the supposedly “dark and gritty” direction of The Batman is ultimately an argument that there is really one right way to tell a Batman story, and that any creator who does not adhere to that template is doing it wrong. Even creators who do try to develop a “happier, more well-adjusted Batman” are subject to fan backlash if they make bold choices, with comics writer Tom King’s extended run on Batman upsetting certain fans by foregrounding a romance with Catwoman.

It’s a strange puritanism, a belief in the “one, true take on Batman” and opposed to all others. It’s reminiscent of the habitual Twitter argument that sex is “unnecessary” in pop culture, a point that intersects neatly in a recent debate over what heroes like Batman “don’t do” with their partners. In the context of Batman specifically, this argument about the perceived appropriate and inappropriate ways to write the character recalls various moral panics from the character’s history.

During the 1950s, there was a major movement to censor comic book superheroes like Batman. There was concern that the books were “too violent” for young readers and that they were imparting “unwholesome” values related to sexuality. It doesn’t matter that the science underpinning such arguments has subsequently been revealed to be nonsense; these debates ended up almost killing the superhero genre by imposing suffocating constraints upon it.

At every point that Warner Bros. has buckled to this sort of rhetoric, the results have been catastrophic. Batman Returns was followed by Batman Forever, which effectively updated that ‘50s moral panic for the 1990s. Similarly, the studio’s panicked response to arguments over Batman v Superman led to the theatrical cut of Justice League, which remains one of the most empty and vacuous blockbusters of the 21st century.

There is an awkwardness underpinning these arguments against darker takes on characters like Batman. Instead of treating them as just one facet of the vast spectrum of stories that can be told about these characters, they are presented as appeasement for fans “insecure about enjoying colorful and imaginative fantasy.” By this logic, projects like The Dark Knight or The Batman are bad because they seem to appeal to hypothetical fans who want the genre to be “taken seriously.”

There’s something unconvincing in this argument. It reeks of the protective irony that defines so much of modern pop culture. Taking things seriously is stupid. Looking like something that wants to be taken seriously is even worse. The logical extension of this argument is that it is a weakness of character to care about things. At the extremes of this logic, it becomes childish for a work to aspire to anything more than the house style of such things; real maturity is arch and knowing detachment.

British writer C.S. Lewis once famously argued, “When I became a man I put away childish things, including the fear of childishness and the desire to be very grown up.” Perhaps pop culture would be a healthier place if people put aside their fears and suppositions about how they and other fans might be judged in relation to these various adaptations and instead engage with them on their own merits. Superhero stories don’t have to be one thing exclusively. It is a big tent.

The most exciting facet of DC FanDome was the wide range of projects on display. The Batman looks visceral and grounded. Aquaman 2 looks to be ramping up the hyper-saturated insanity of the first film. Dwayne Johnson is starring in both Black Adam and DC League of Super-Pets. The slate is commendably diverse. Even this year, the company released two wildly different projects in Zack Snyder’s Justice League and James Gunn’s The Suicide Squad. Trust interesting people to do interesting things with these characters.

The style and tone of The Batman might not be for all fans, but that’s okay. Those fans might find something they are looking for in the third season of Harley Quinn, the launch of Batman: Caped Crusader, the two supporting Batmen in The Flash, or any one of the various upcoming differing takes on the character. The Dark Knight comes in multiple shades.