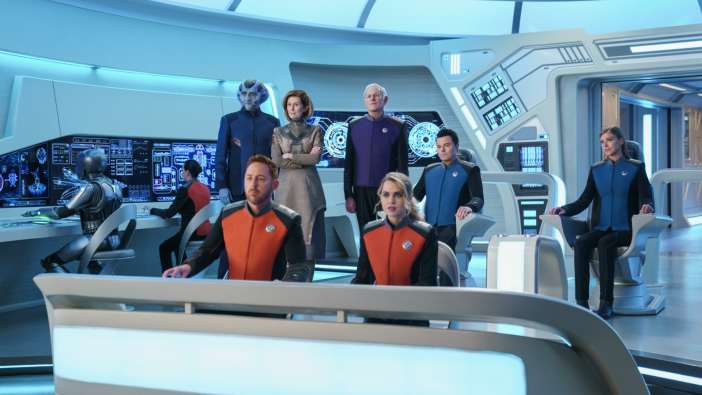 Star Trek may finally be getting back to something resembling itself thanks to Prodigy and Strange New Worlds, but the most Star Trek show of the past decade hasn’t actually been Trek — it’s been The Orville. That point still stands after watching the new, full trailer for season 3, entitled The Orville: New Horizons, which follows from a previously released teaser. The season appears full of the messages, characters, and action that came to define the series, along with that unique tinge of comedy the show evolved into.

The Orville: New Horizons find the crew back together with a few new faces here and there. They’re on their mission of exploration but are clearly, at the same time, fighting the war against the Kaylon and balancing new truces with old enemies. The Orville: New Horizons trailer is rife with lines that epitomize the series’s sometimes heavy-handed messaging: hope, fairness, the value of life, and… playing music on the bridge. There’s even what appears to be a bit of “captain’s log” at the beginning with Seth MacFarlane referencing “Ozymandias.”

It’s been a long, hard road for The Orville to get to Hulu, where it will be streaming. The show had a ton of bumps in production, exchanged hands in the Fox sale, went through pandemic issues, moved from Fox to Hulu, was delayed again, and has had continued rumors of not continuing on for much longer. Still, it looks like Hulu / Disney dumped some serious money and production value into the 11-episode season, which was entirely directed by MacFarlane and John Cassar. The series stars MacFarlane, Adrianne Palicki, Penny Johnson Jerald, Scott Grimes, Peter Macon,  Jessica Szohr, J Lee, Mark Jackson, Anne Winters, and Chad L. Coleman.

The Orville: New Horizons will debut on Hulu on June 2.