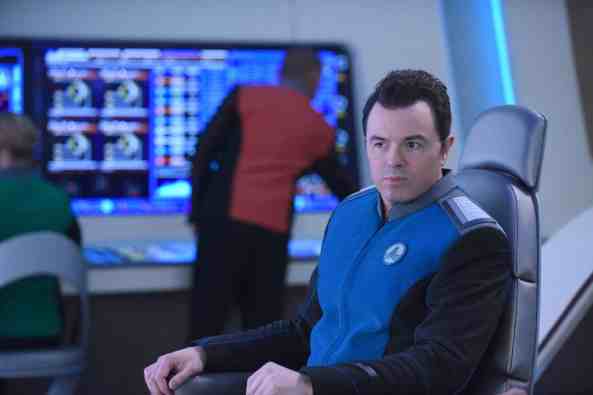 The Orville has had one hell of a flight to get to its third season. After being moved to Hulu, shuffled around during the Disney buyout, and then delayed even more by COVID-19, it felt like we would never get a third season, but it is finally coming. Sadly, it could be the last. In line with previous rumors, Deadline is reporting that none of the cast has been re-signed for a The Orville season 4 and that the show’s creator, Seth MacFarlane, is currently too busy with other work to continue the show.

MacFarlane has a massive contract at the moment with NBCUniversal, and his entire focus is reportedly there, especially on the upcoming television show Ted, based off the film of the same name. That show is even stealing one of The Orville‘s cast members as Scott Grimes is set to play a leading role in the series. In fact, the entire cast of The Orville was reportedly released this past August once production on the series was done and their current contracts had expired.

It’s unclear what this means for the future of The Orville and a potential season 4. While there are no current plans for a fourth season, the door is evidently open for MacFarlane to return if he wanted to, as season 3 reportedly will not provide a definitive series ending. The entire cast would need to be signed again — a challenge for a show with such a big ensemble, but not impossible. It also means that, if a fourth season does come, it will be another incredibly long wait for it. Fans have already waited more than three years for this third season, and waiting another extended period for a The Orville season 4 seems daunting. Of course, ratings rule all, so if Hulu sees big numbers for the series the ball will probably get rolling a lot faster.

The next season of The Orville, called New Horizons, will land on Hulu on June 2.