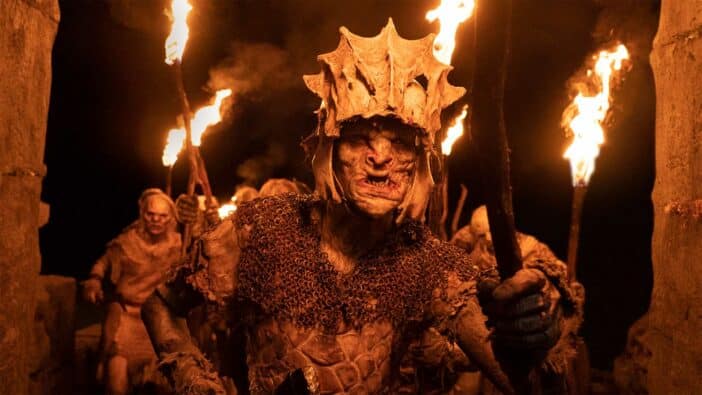 The success of The Lord of the Rings was seen as an anomaly in the context of American moviegoing. Audiences weren’t really known for their embrace of traditional fantasy. However, film professor Kenneth Von Gunden argued that the films spoke to something that American audiences needed in December 2001, an epic tale of “a righteous battle between good and evil.” Critic Christopher Borrelli described the movie’s opening as “the most poetic 9/11 editorial no one had written yet.”

Of course, the production team pushed back against this reading of the trilogy. After all, the books had been written and the scripts had been filmed long before those terrorist attacks. Peter Jackson talked about trying to make the collapse of Sauron’s tower in The Return of the King look different from footage of 9/11. Viggo Mortensen famously wore a “No More Blood for Oil” T-shirt doing press for The Two Towers to push back on readings of the film as supporting the War on Terror.

Nevertheless, it is easy to understand how these movies could connect with audiences in the direct aftermath of the 9/11 attacks and during the early days of the War on Terror. Placing these films in their very specific cultural context, it’s hard not to feel the resonance of this epic story of good against evil with the similar rhetoric of the Bush Administration. What was The Lord of the Rings trilogy, if not “the story of our times, a story of courage defeating cruelty and light overcoming darkness”?

Although The Rings of Power is technically a prequel to The Lord of the Rings, it exists in conversation with the original. In that sense, it is similar to how the opening episode of House of the Dragon framed itself in reference to the end of Game of Thrones, despite being set almost two centuries earlier, or how Better Call Saul served as a meditation on Breaking Bad. The best follow-ups are those that demonstrate an understanding of what came before and a willingness to engage with it. 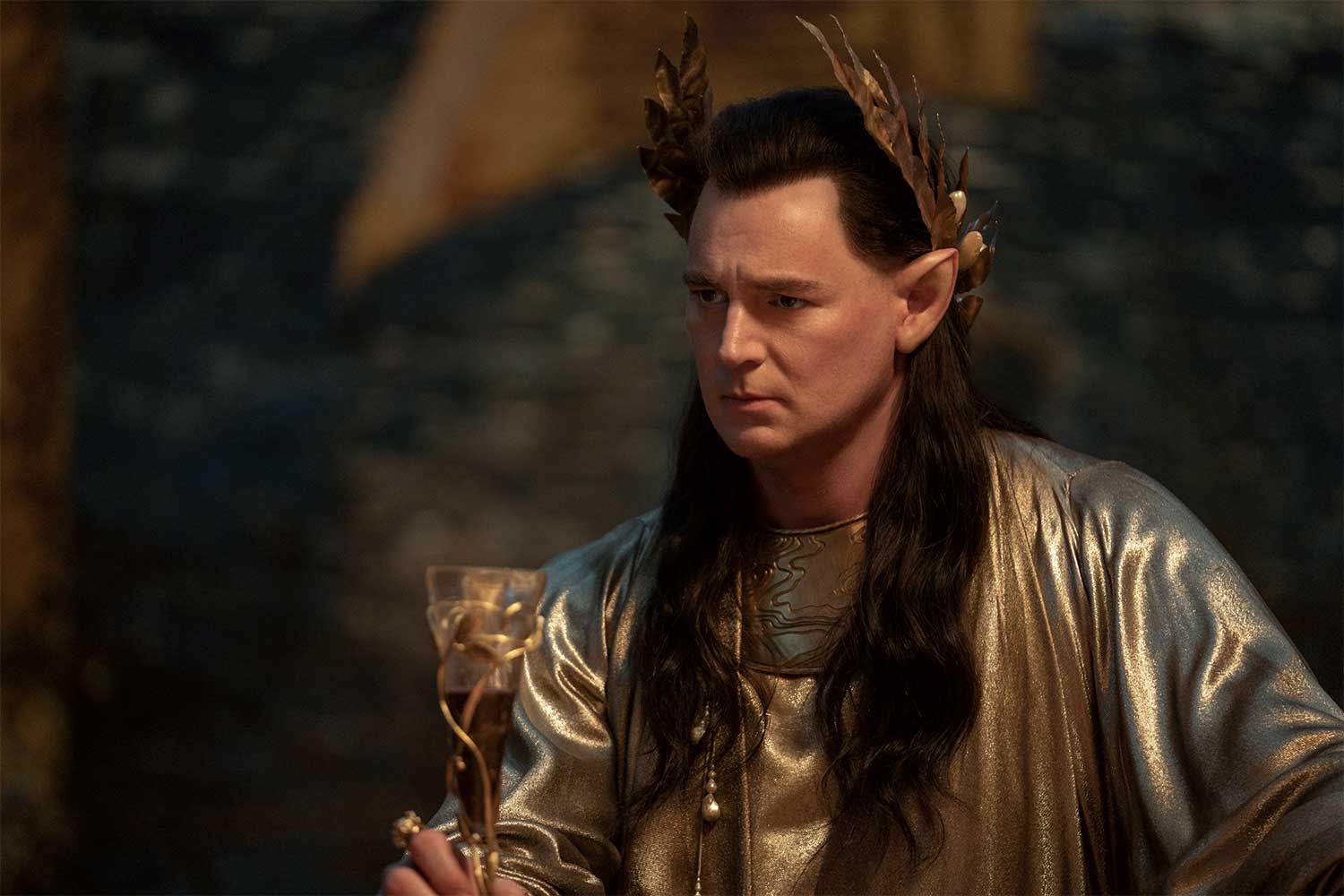 The Rings of Power is overtly aware of the distance that exists between it and the Lord of the Rings films. In the second episode, Durin IV (Owain Arthur) ruminates on the time that has passed since Elrond (Robert Aramayo) last visited the Dwarven city of Moria. “Twenty years may be the blink of an eye to an elf, but I’ve lived an entire life in that time,” he confesses. It seems like a tacit acknowledgement of how much real time exists between Jackson’s trilogy and Amazon’s series.

If it makes sense to read Jackson’s Lord of the Rings movies as a fantasy epic that resonated with an America swept up in the War on Terror, then The Rings of Power grapples with the legacy of that. It’s a bold decision from the relatively untested writing duo of J.D. Payne and Patrick McKay, one built on the understanding that even an adaptation of a timeless fantasy epic must in some way reflect the world that produced it. These stories do not exist entirely in a vacuum, but as funhouse mirrors.

The Rings of Power unfolds in the aftermath of a great war, one fought against Melkor and his servants, including Sauron. “They said it would be over quickly,” Galadriel (Morfydd Clark) narrates. “But the war left Middle-earth in ruin and would last centuries.” The conflict is framed as something of a “forever war,” with Melkor existing within the show’s narrative as a concept as abstract as “Drugs,” “Crime,” or “Terror.” For Galadriel, it is a war without end.

The Rings of Power frames this conflict as a foreign intervention. Elves are not indigenous to Middle-earth. They traveled from Valinor to the East to pursue their war on Melkor. The show’s two-hour premiere presents elven involvement in Middle-earth as something similar to American intervention in places like Iraq or Afghanistan, effectively an occupation of another nation in support of an abstract greater good. It’s an interesting extension of Jackson’s trilogy as a War on Terror metaphor. 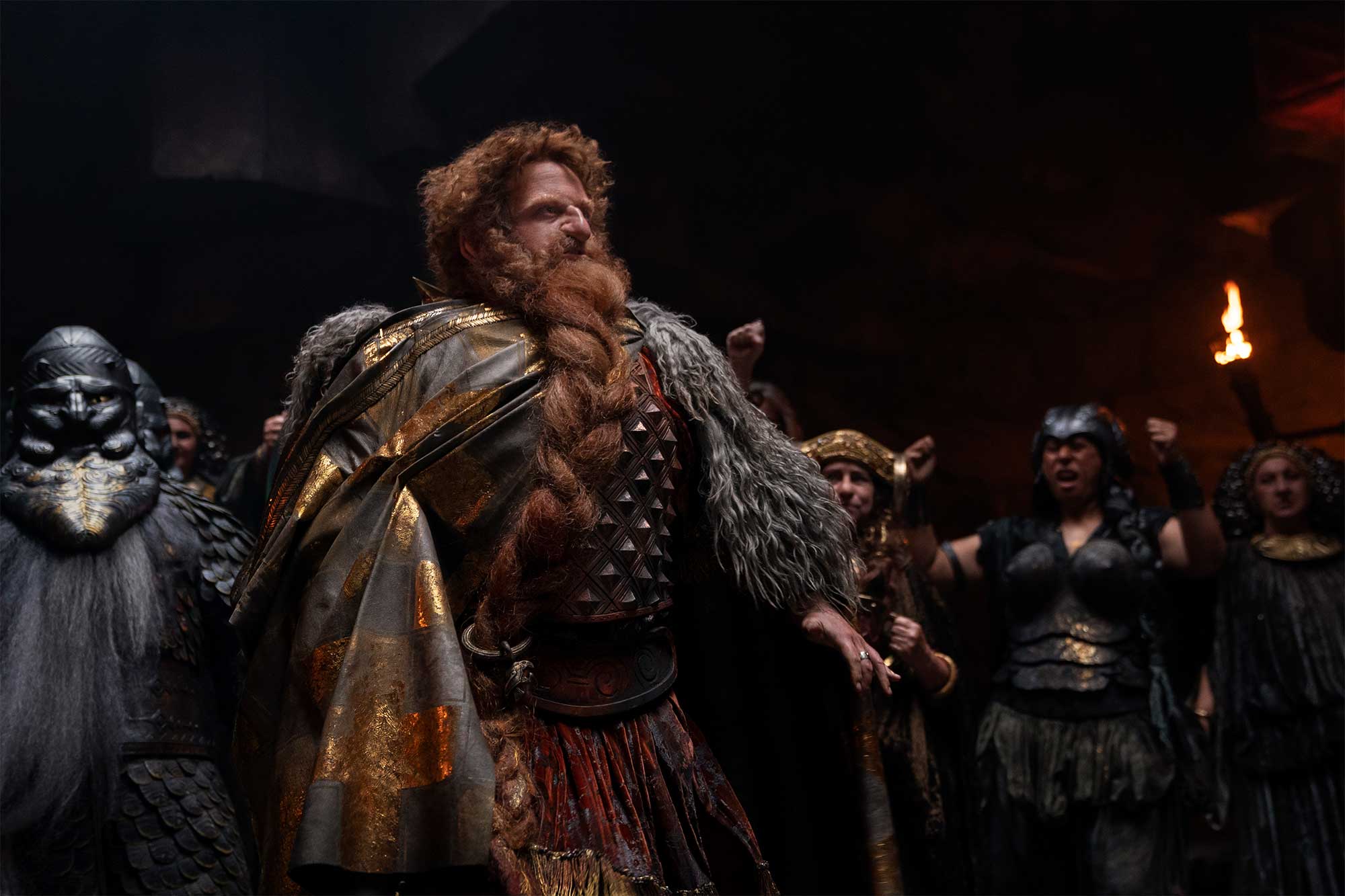 The Rings of Power releases just over a year after the United States withdrew from Afghanistan, which prompted a lot of reflection on the legacy of the War on Terror. It was in that context that Bilal Qureshi argued for Denis Villeneuve’s adaptation of Dune as a “rare mainstream Hollywood epic for and about the world 9/11 made.” It is a striking illustration of how these fantasy epics often echo and resonate with wider culture beyond their original context or intent.

The Rings of Power takes place as the elves seem ready to withdraw from their own extended and unwinnable conflict. There is something strangely autumnal about The Rings of Power, with the leaves turning orange and brown in the elven stronghold of Lindon. Elven influence over Middle-earth seems to be weakening. “All the far outposts are being disbanded,” Médhor (Augustus Prew) reports to his partner, Arondir (Ismael Cruz Córdova). “We’re leaving.”

There is a sense that the inhabitants will not be too sad to see these armed foreigners depart. The locals refer to these visitors as “knife-ears” and “the pointies,” using charged racialized language like “you people” or “one of them.” When Bronwyn (Nazanin Boniadi) discovers orc tunnels in the region, Waldreg (Geoff Morrell) is anxious to avoid providing the elves with any reason to return. “I’m not inviting them elves back on account of some sinkhole,” he states. “Having them gone is a relief.”

Arondir has spent 79 years patrolling the Southlands. “I suppose I’ve grown accustomed to it,” he admits to Watchwarden Revion (Simon Merrells). It seems like the order to withdraw provides an opportunity for reflection. “What were you before the war?” Revion asks. “A grower,” Arondir responds. The end of the occupation might allow Arondir to beat his sword into a plowshare. Revion assures Arondir, “Your life will begin anew.” 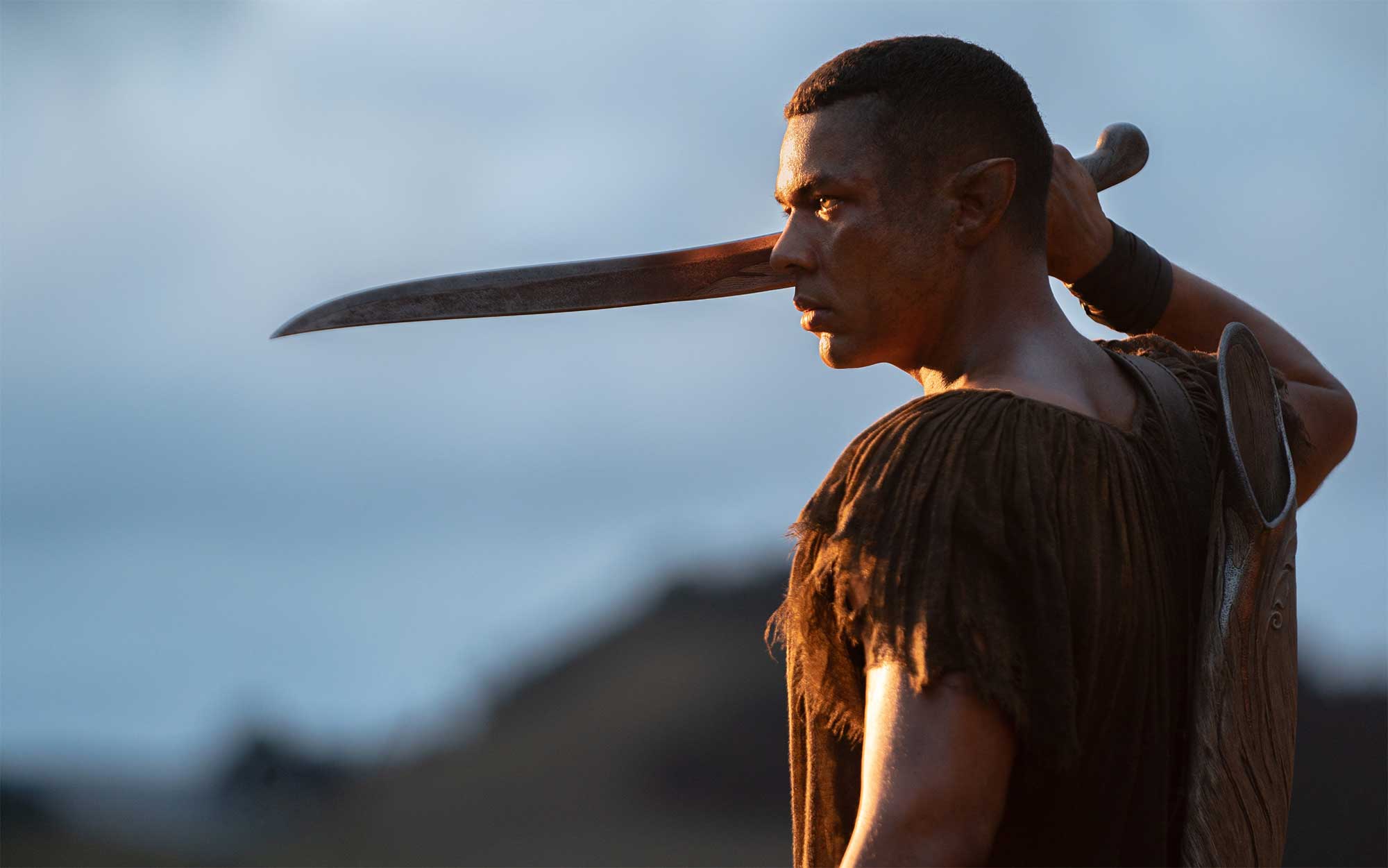 There is an interesting tension within The Rings of Powers. Naturally, the fact that this is a prequel to The Lord of the Rings means that “the Enemy” has not been defeated. Instead, they have literally gone underground. Arondir and Bronwyn discover tunnels, implying the sort of guerrilla warfare employed by the Viet Cong and by modern-day insurgents in the Middle East. After all, it is not a “forever war” if it ends. Sauron is still lurking in the darkness, waiting to be vanquished.

Still, there is some suggestion that waging this war has fundamentally changed and corrupted the elves, in particular Galadriel. She has been scarred by the experience of perpetuating this existential war. She can never know peace. “Only in the blessed realm can that which is broken in you be healed,” Elrond tells her, before King Gil-galad (Benjamin Walker) sends her back home to the West. On the boat, the soldiers are stripped of their armor, ready to return to peace and tranquility.

Ultimately, Galadriel cannot return from war. She struggles to let go of the sword she carries, inherited from her dead brother Finrod (Will Fletcher). She throws herself into the water rather than complete the voyage home. “You have fought long enough, Galadriel. Put up your sword,” Elrond had urged her. Galadriel gets to the root of the issue, “Without it, what am I to be?” This conflict has been raging for so long that it is a fundamental part of her identity.

There is an irony here, an understanding that such an attitude rarely prevents or de-escalates wars. Explaining why Galadriel could not stay in Middle-earth, Gil-galad tells Elrond, “We foresaw that if it had, she might have inadvertently kept alive the very evil she sought to defeat. For the same wind that seeks to blow out a fire might also cause its spread.” After all, American interventions in Iraq and Afghanistan destabilized the region and led to a recruitment boom for terrorist organizations.

As such, The Rings of Power engages with the legacy of the War on Terror in a way that feels like a fitting companion piece to Jackson’s Lord of the Rings trilogy. The show’s setting and central premise are a reminder that even wars between good and evil are rarely as simple as they appear. 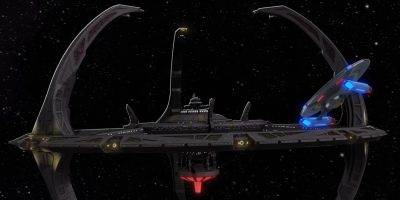