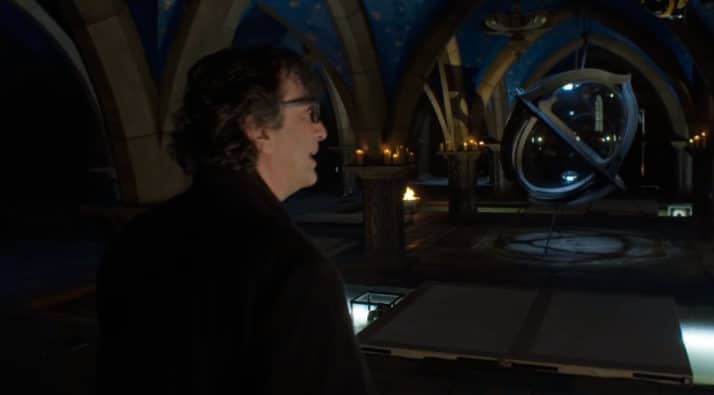 Netflix has given fans a sneak peek behind the scenes of its The Sandman live-action series. In the two-minute video, the author of the original DC Comics series, Neil Gaiman, talks fans through how the dark fantasy show will serve as a way for newcomers to experience this world for the first time. In the video, Gaiman excitingly explains, “This is Sandman being made for people who love Sandman by people who love Sandman.”

Netflix describes The Sandman series as a “rich blend of modern myth and dark fantasy in which contemporary fiction, historical drama, and legend are seamlessly interwoven.” It is rooted in the comics and follows the people and places affected by Dream.

Gaiman is an executive producer and co-writer on The Sandman at Netflix. Along with Sturridge and Christie, more cast members were revealed earlier this year, including Vivienne Acheampong as Lucienne, Charles Dance as Roderick Burgess, Boyd Holbrook as The Corinthian, Asim Chaudhry as Abel, and Sanjeev Bhaskar as Cain.