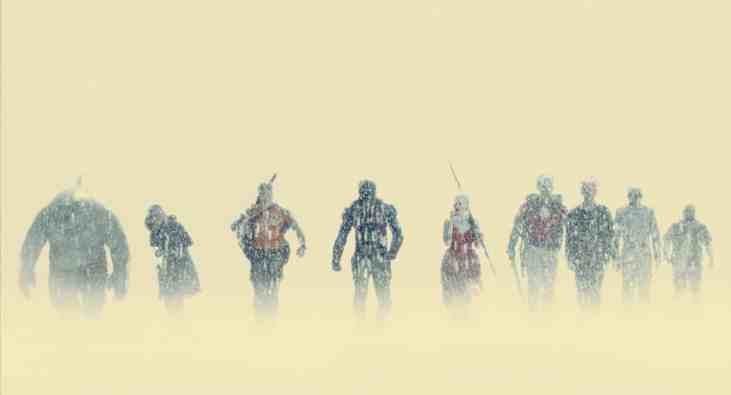 The second trailer for The Suicide Squad has dropped, and it’s one the entire family can share… kind of. The first trailer for the film was decidedly red band and full of blood and foul language, but this second one is green band so there’s none of that. There is, however, plenty of new stuff to see from the Jame Gunn-directed film, including our first look at the incredible powers of Nathan Fillion’s T.D.K. character.

The second trailer, titled “Rebellion,” actually has a lot more character content than the first one, giving us a good look at nearly every Squad member, some of whom will definitely not make it until the end of the film. It’s also far more focused on the action aspect of the film and showing off the movie’s big guns, both in the form of people with actual guns and John Cena’s Peacemaker’s shirtless biceps. It even opens up with a depressing monologue about rebellion and redemption that seems to be poking fun at other, more serious, takes on the DC Universe.

The movie definitely won’t be the end of this iteration of The Suicide Squad as WarnerMedia has already green-lit a Peacemaker spin-off series starring John Cena, and if the film makes anywhere near what its predecessor did, we’re sure to get a sequel as well.

The Suicide Squad releases in theaters on Aug. 6, 2021 and will be available on HBO Max for 31 days from the theatrical release.