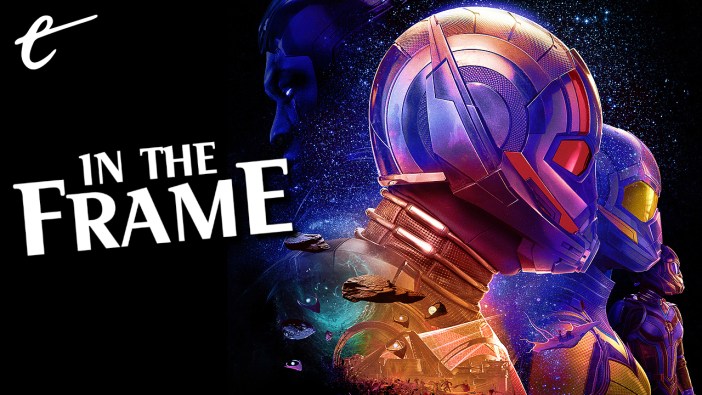 The final trailer for Ant-Man and the Wasp: Quantumania released earlier this week and suggested just how much Marvel Studios has riding on the film.

This trailer for Quantumania is interesting largely for how conventional it is. Like a lot of advertising for modern blockbusters, the trailer seems to pre-digest the movie for the audience. While there are undoubtedly lots of cameos and finer details that will only reveal themselves in the film itself, the trailer plays out its own internal narrative for the central characters. Watching the footage, it is possible to map a clear three-act structure for the film.

To start with, Scott Lang (Paul Rudd) enters the Quantum Realm and encounters a mysterious figure named Kang (Jonathan Majors). Then Kang entices Scott to complete some quest on his behalf to gather some resources, which Scott does despite Kang seeming somewhat shady. Finally, Kang betrays Scott and the two are locked in mortal battle. It’s a fairly standard and conventional plot, with a clear and linear progression from one step to another and then to another. It’s clean, it’s efficient, it’s conventional.

It is also somewhat notable given that Marvel is a notoriously spoiler-adverse studio, even in cases where its movies are drawing heavily from source material that has been in circulation for decades. The trailer for Avengers: Infinity War, for example, included plenty of misdirects and even characters that were entirely absent from the finished film. The trailer for Avengers: Endgame drew primarily from the first 20 minutes of the three-hour movie.

There is an element of kayfabe to all this, with audiences and critics playing along. It was an open secret that Tobey Maguire and Andrew Garfield were in Spider-Man: No Way Home, but the entire marketing campaign was built around the refusal to acknowledge that. This spoiler phobia is a piece of collective theater, with everybody pretending not to know things that they do know. Spoilers are a handy tool to drive audience engagement, just as long as they don’t actually surprise the audience. 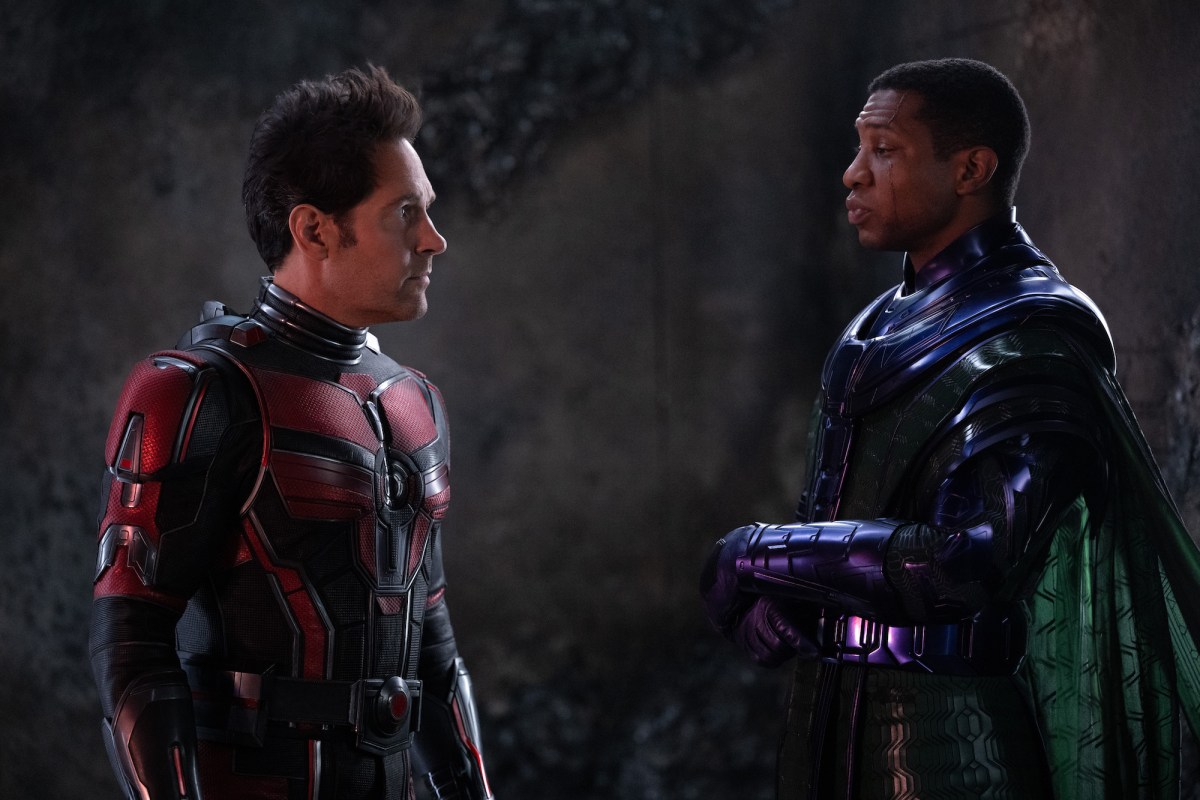 All of which is to say that Marvel Studios is very canny about what it reveals and how it reveals it. It isn’t an accident that the trailer for Ant-Man and the Wasp: Quantumania appears to play out the company’s next superhero blockbuster in miniature, from beginning to end. It’s a deliberate statement of intent. Marvel Studios isn’t being coy about Quantumania. It isn’t holding back big details. It isn’t building to surprise twists. It is showing audiences exactly what it is serving.

However, for better or worse, there is a growing sense that the company’s brand is under pressure. Between May 2016 and July 2019, six of the 12 films of Phase Three made over a billion dollars at the global box office, including Black Panther and Captain Marvel. In contrast, the only one of the seven films in Phase Four to cross that threshold was Spider-Man: No Way Home, a movie that was produced and distributed by Sony and that often feels like a divorce movie.

For the first time in a long time, Marvel Studios might have something to prove. After all, Sony’s demented superhero rom-com Venom: Let There Be Carnage significantly outgrossed all of the studio’s solo offerings in 2021. Even last year, the company found itself outpaced by more old-fashioned crowd-pleasing blockbusters from outside the superhero genre, like Top Gun: Maverick and Avatar: The Way of Water. The studio’s not exactly in trouble, but it’s not at peak strength. 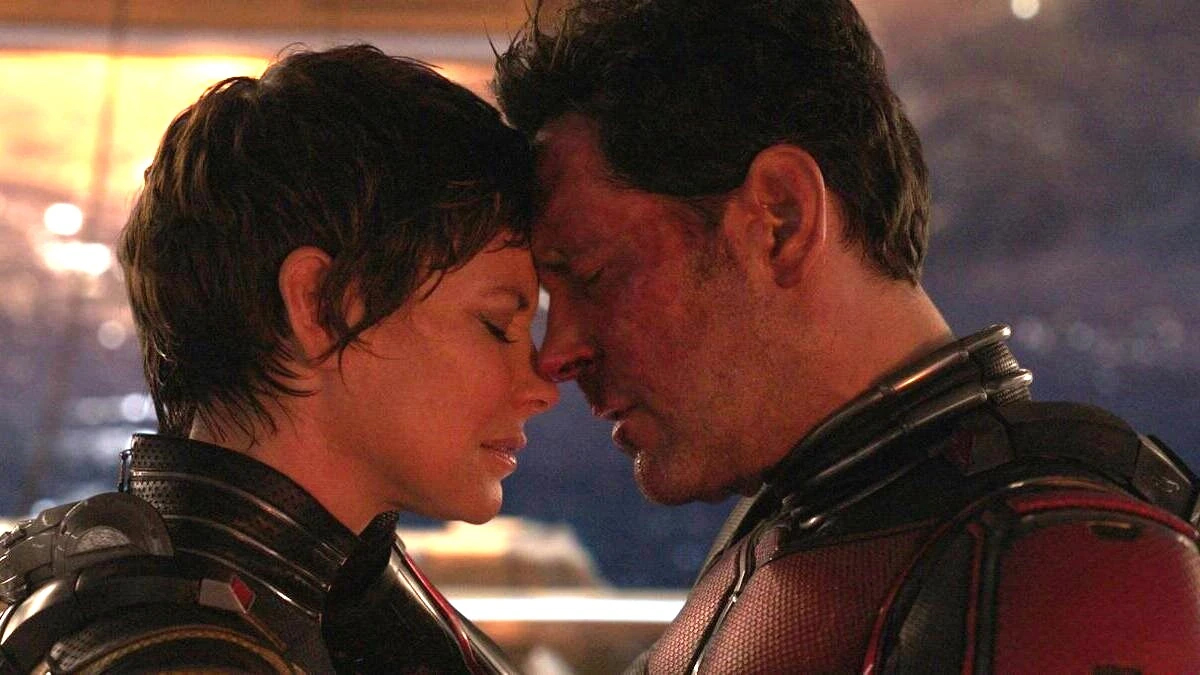 There is also the issue of a larger narrative. Fairly or not, Phase Four has been subject to a lot of criticism for its perceived listlessness. The studio’s recent offerings have certainly opened to comparatively weaker reviews. To be fair, there is a certain appeal to this lack of focus, as if watching a shared universe work through a midlife crisis. Even if they don’t entirely work, there is something compellingly odd about Multiverse of Madness, Love and Thunder, Eternals, and Wakanda Forever.

For better or worse, there is an argument that the Marvel Cinematic Universe (MCU) needs a sense of direction and urgency again. Of course, a cynical observer might point out the futility of simply trying to recreate the lightning-in-a-bottle box office and cultural impact of “the Infinity Saga,” but Hollywood has never been afraid of repeating itself. In response to the moderately cooler reaction to Phase Four, there has been a clear push back towards a standardized formula.

At San Diego Comic-Con in July 2022, Kevin Feige took the bold step of announcing both the end of Phase Four and the big milestones of Phase Five and Phase Six. Pressed on why he felt the need to plant flags that far in the future, Feige argued that he was establishing “guide points” for the audience. He also promised details on “the next saga,” reassuring fans that the company would be “a little more direct about that in the coming months.”

Of course, the truth is Marvel Studios has always been a lot more open to improvisation than its reputation might suggest. For all its long-form planning, the company is prone to make decisions on the fly. This makes sense considering that a lot of the charm of the original Iron Man came from Robert Downey Jr. and Jon Favreau’s willingness to improvise. Those announcements in July 2022 were much more insistent than the studio usually is, as if to say, “Trust us, we have a plan.” 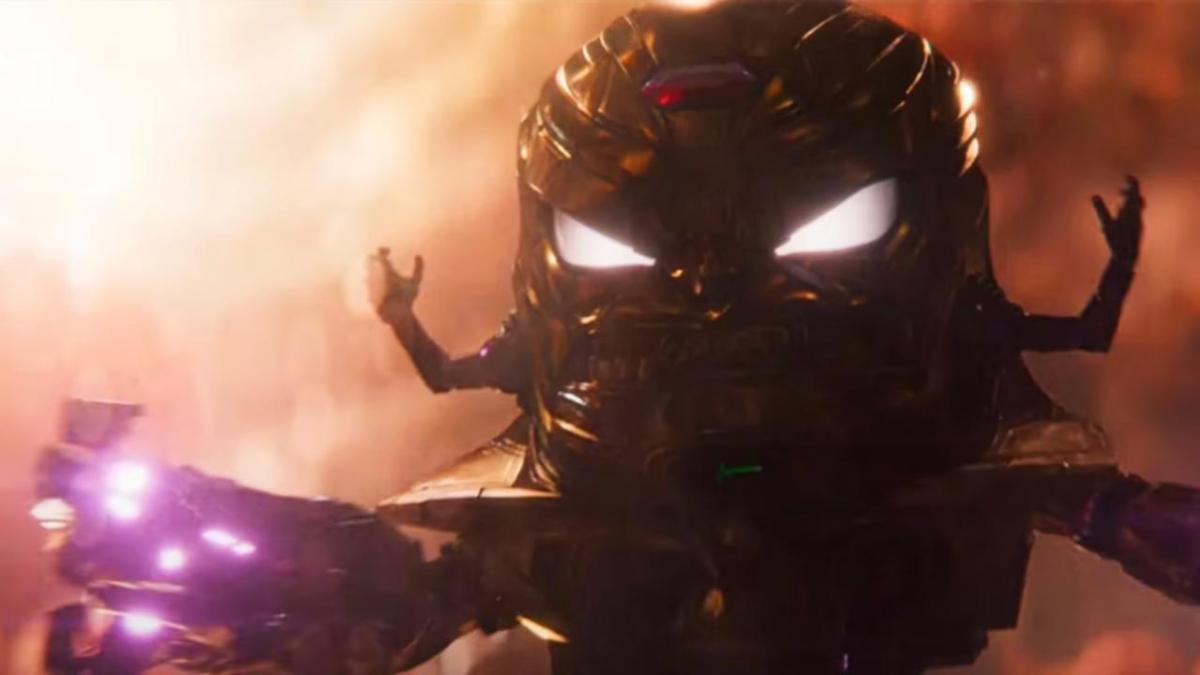 There is some sense that Feige got a little bit ahead of himself. Destin Daniel Cretton was announced as the director of Avengers: The Kang Dynasty a few days after Comic-Con, suggesting the deal wasn’t complete when Feige revealed the film. It was another couple of months before Jeff Loveness would be announced as the writer of The Kang Dynasty, and another couple of weeks before writer Michael Waldron was officially attached to its sequel, Avengers: Secret Wars.

Quantumania finds itself in the awkward position of having to open Phase Five, while also introducing Kang, the character who is being positioned as the potential “big bad” of Phases Five and Six. This is an “important” movie in the context of the larger shared universe. While it seemed like viewers could probably skip The Falcon and the Winter Soldier or Hawkeye and miss nothing of importance, Quantumania positions itself as central to the franchise’s unfolding saga.

Of course, with Fantastic Four positioned as the film to open Phase Six, it should also be acknowledged that Kang could easily be a decoy villain. He gets a lot of build-up courtesy of Loki and Quantumania and even gets the title of The Kang Dynasty, but Kang wasn’t a major player in either of the gigantic Secret Wars crossover events. It doesn’t seem impossible that Marvel Studios is playing a long game with the introduction of Doctor Doom, with Kang as a stalking horse.

This is a lot of weight to place on the third movie in the Ant-Man franchise — a series that has historically done well by going smaller than the bombastic movies around it. The first Ant-Man was counter-programming to the maximalism of Avengers: Age of Ultron. Ant-Man and the Wasp nestled itself between the era-defining blockbusters Avengers: Infinity War and Avengers: Endgame with a charming heist story. Quantumania represents a significant upgrade for the hero. 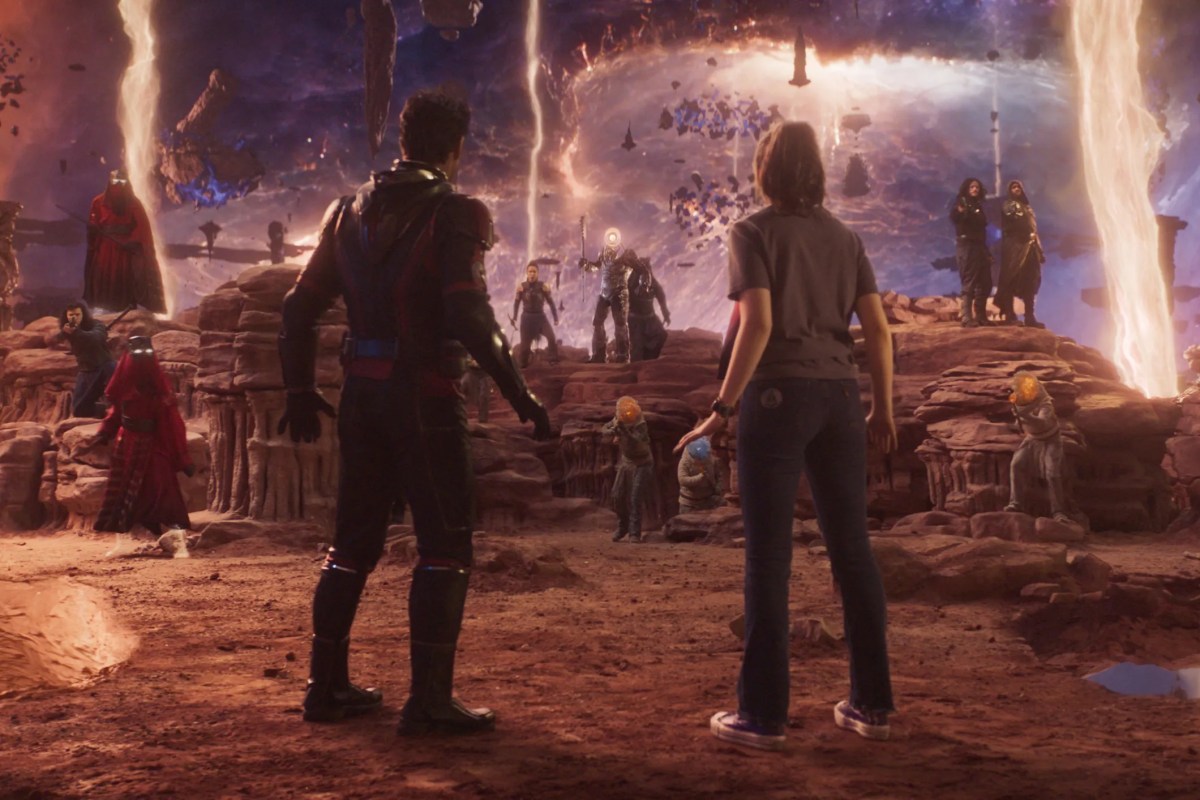 Director Peyton Reed has stated in interviews that this was a conscious choice. “People felt like, (‘)Oh, these are fun little palate cleansers after a gigantic Avengers movie,(’)” Reed told Entertainment Weekly. “For this third one, I said, ‘I don’t want to be the palate cleanser anymore. I want to be the big Avengers movie.’” Again, the marketing message on this is clear: Quantumania is an important movie in the context of this larger superhero epic.

Of course, the Ant-Man moves have also historically been mid-level box office performers. Ant-Man & the Wasp was the only one of the six MCU movies released in the three-and-a-half years between Thor: Ragnarok and Black Widow to earn less than a billion dollars. There has been a sense since around the release of Multiverse of Madness that Marvel Studios needs one of its own projects to cross that threshold to restore faith in the brand. Quantumania seems an unlikely candidate.

This perhaps explains the very matter-of-fact and movie-in-miniature approach to the trailer for Quantumania. The clear intention is to assure audiences that this is a good old-fashioned superhero blockbuster. It isn’t a no-consequence prequel like Black Widow, an auteur-adjacent feature like Eternals, a goofy improvisational comedy like Love and Thunder, or an expression of collective grief like Wakanda Forever. This is superheroes doing superhero stuff. Nothing more, nothing less.

There is something disconcerting in this decision to market Quantumania as the most meat-and-potatoes superhero blockbuster imaginable. After all, it’s not as if Phase Four was a work of bold avant-garde filmmaking. The trailer for Quantumania promises audience members something that will be made strictly to the formula that defined the studio’s most successful period, with no hidden twists or weird eccentricities.

For all that Ant-Man and the Wasp: Quantumania seems to want to go big, the back-to-basics marketing makes the movie look a whole lot smaller.