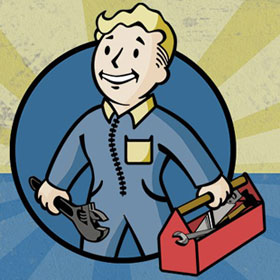 Think you could ever fix every bug in Fallout 4? This mod aims to do just that.

Like many Bethesda games, Fallout 4 has its share of bugs. Although many of them will undoubtedly be fixed in patches, we all know that some Bethesda games have bugs that persist forever.

Or at least until the modders step in.

A new mod called the Unofficial Fallout 4 Patch aims to “eventually fix every bug with Fallout 4 not officially resolved by the developers to the limits of the Creation Kit and community-developed tools, in one easy-to-install package.”

If the patch notes posted here are any indication, they’re already made significant headway.

You can grab this mod, and report any bugs you’d like to see fixed, over on the mod’s page at NexusMods.