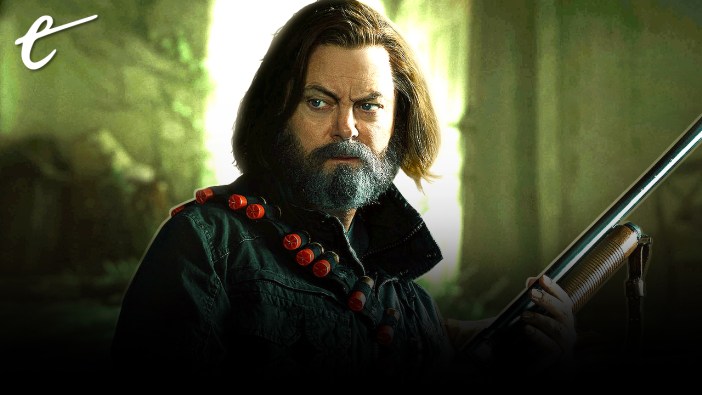 This discussion and review contains spoilers for The Last of Us episode 3, “Long Long Time.”

The first two episodes of The Last of Us were solid, if unspectacular. The show devoted a lot of narrative real estate to rule-setting and world-building. However, with all of that out of the way, “Long Long Time” feels like something of a second premiere for the series. Notably, it is the second-longest episode of the first season and the only episode aside from the premiere to run over the hour mark. As such, “Long Long Time” feels like a statement of purpose for the show.

Discussions of “Long Long Time” will be drawn to the heart of the episode — the love story between Bill (Nick Offerman) and Frank (Murray Bartlett). That makes sense, as that is the emotional core of the story and the aspect of “Long Long Time” that feels like The Last of Us is staking its unique claim within the post-apocalyptic survival horror genre. However, that misses the fact that “Long Long Time” feels much more comfortable in itself from the opening scenes.

“Long Long Time” opens with Joel (Pedro Pascal) taking Ellie (Bella Ramsey) to Bill and Frank, fulfilling Tess’ (Anna Torv) dying wish. However, given that the show has so efficiently and so effectively articulated the mechanics of FEDRA and Cordyceps, the episode has the freedom to luxuriate in character and atmosphere. Notably, these scenes feel less rushed and less burdened by exposition than the duo’s early conversations, giving a sense of their evolving dynamic.

Earlier episodes established that Ellie had lived a sheltered existence inside the Boston Quarantine Zone. She only knew about hotels from books. She had never learned how to swim and couldn’t gauge the depth of a shallow pool. However, this was interspersed with a lot of information that was new to the audience about the nature and spread of the infection, so Ellie’s naivety felt like something of a plot device, rather than a character trait — a way to facilitate information dumps. 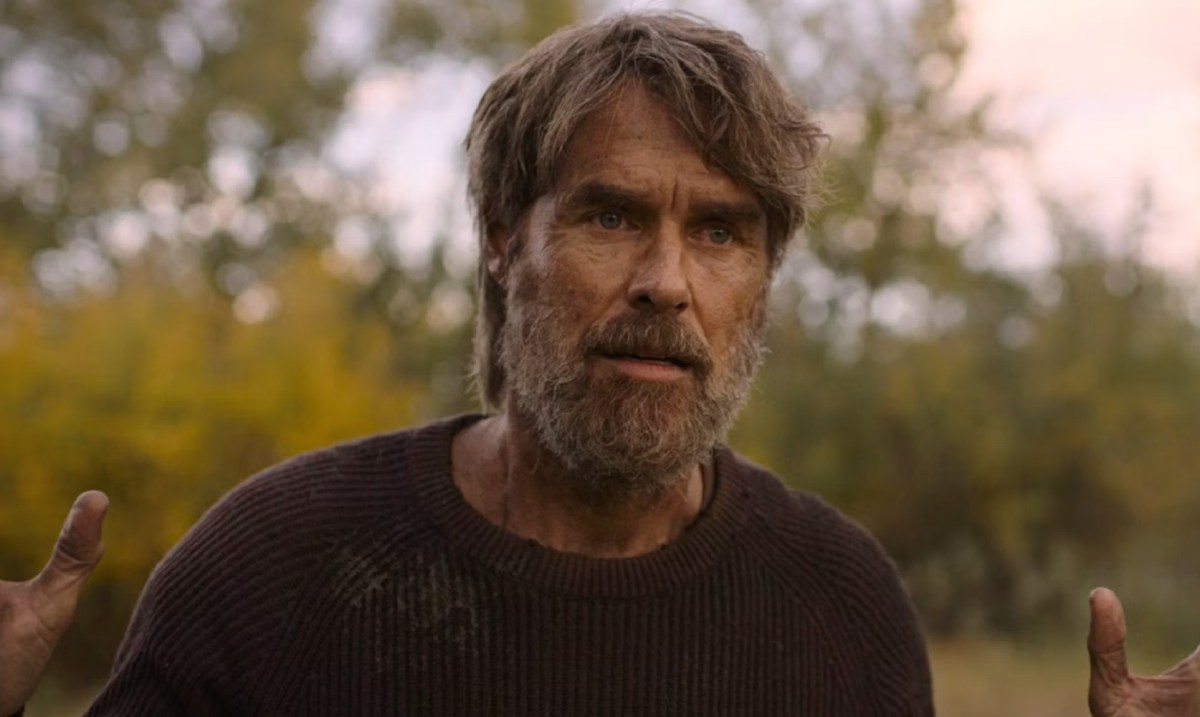 In contrast, the opening stretch of “Long Long Time” can luxuriate in Ellie’s innocence and lack of experience about things that the audience takes for granted. “I’ve never been in the woods,” she complains early on. “More bugs than I thought.” When she finds a crashed plane, she asks Joel, “You fly in one of those?” When he shrugs it off, she gasps incredulously, “Dude, you got to go up in the sky.” She marvels at a world she never knew, a world of “eating in restaurants and flying in planes.” To Ellie, a car is as novel as “a spaceship.”

It’s hardly the most novel of observations to remark that The Last of Us is a story about parenthood. Setting aside almost a decade of discussion about the game, even “When You’re Lost in the Darkness” made it clear that Ellie is a surrogate for Joel’s lost daughter Sarah (Nico Parker). “Infected” positioned Joel, Tess, and Ellie as a family unit. Parenthood is a common theme in post-apocalyptic survival stories, perhaps most overtly in Cormac McCarthy’s The Road, cited by director Bruce Straley as an influence on the game.

This makes sense. The stakes of parenthood can feel apocalyptic. Being responsible for another person, guiding them out into a world that can seem chaotic and hostile, is a daunting experience. Joel is forced into a traditional parental role with Ellie here, explaining how his world works and trying to convey experiences and ideas to somebody with no comparable frame of reference. Ellie is still a child; she’s relieved to find tampons at the abandoned gas station.

Joel is entrusted to protect Ellie in a physical sense, but also an emotional one. He tries to shield her from the horror of the open mass grave at the roadside. “There’s stuff up there you shouldn’t see,” he tells her. “Well, now I have to see,” Ellie protests. Joel responds, “I don’t want you to.” She presses him about whether it is an immediate threat, but he makes it clear that it is something more abstract. In doing so, Joel positions himself as more than just Ellie’s physical guardian. 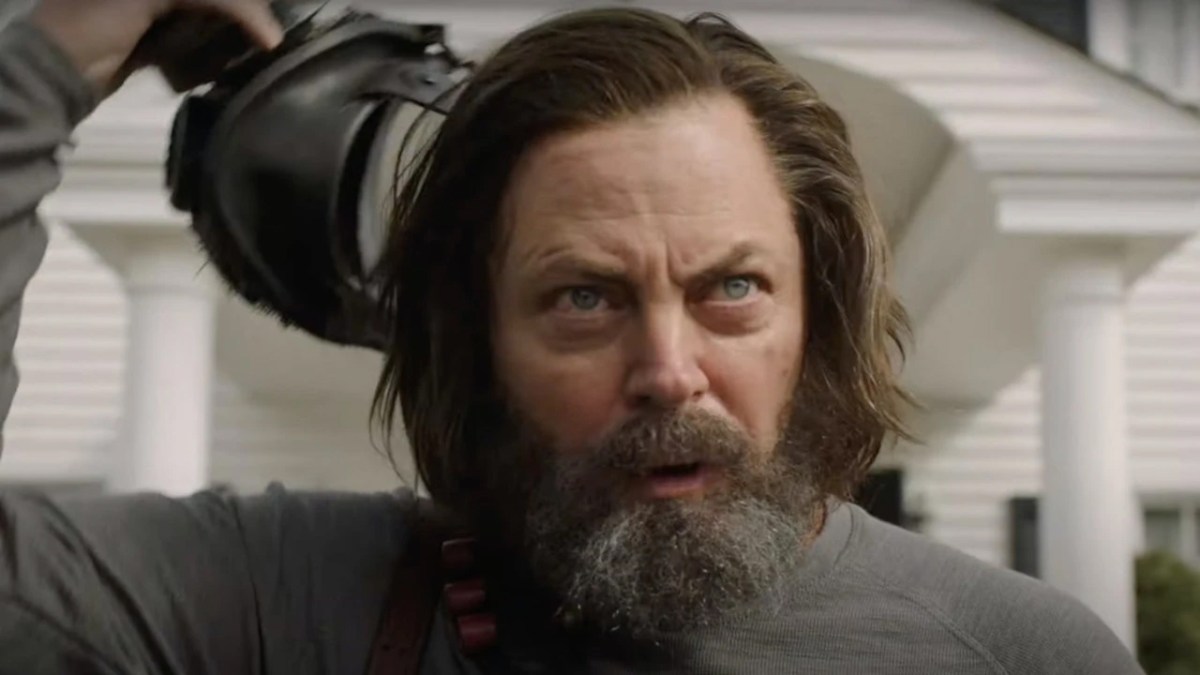 Of course, all of this still exists within the familiar framework of the survival horror genre. Much like “When You’re Lost in the Darkness” opened with a scene that felt like an allusion to I Am Legend and presented its looming apocalypse in what felt like an homage to the sequences mocked by Shaun of the Dead, Ellie’s exploration of the gas station evokes a similar sequence in a diner in 28 Days Later — another pseudo-zombie story about an unconventional found family wandering through the apocalypse.

Even working through these familiar tropes, “Long Long Time” is more tightly focused on the show’s core themes than the “explain, then demonstrate” approach of the first two episodes. When Joel and Ellie see the mass grave, it is juxtaposed to their own relationship. FEDRA is a paternalistic authority that does not care for those it was entrusted to protect. It’s a clear contrast with Joel’s growing concern for Ellie, a point underscored by the focus on the baby’s onesie, decaying in the soil.

This is all just the opening 15 and closing 10 minutes of “Long Long Time.” On the discovery of the mass grave, the episode jumps back 20 years to the beginning of the outbreak. What follows is an impressive pivot. The flashbacks introduce the character of Bill as a paranoid survivalist, a familiar template in stories like this. As troops herd local residents into trucks, Bill lurks in his basement, holding a rifle. It’s the kind of character that populates post-apocalyptic narratives like this.

Even allowing for this, The Last of Us suddenly feels just a little bit looser than it had been during its opening two episodes. As it depicts Bill’s reaction to the collapse of civilization in a couple of montages set to Fleetwood Mac’s “Coming Home to Stay” and Cream’s “White Room,” the series is suddenly enjoying itself. Part of this is simply the thrill of the montage: It is fun to watch highly capable people deal with challenges in a matter-of-fact manner. 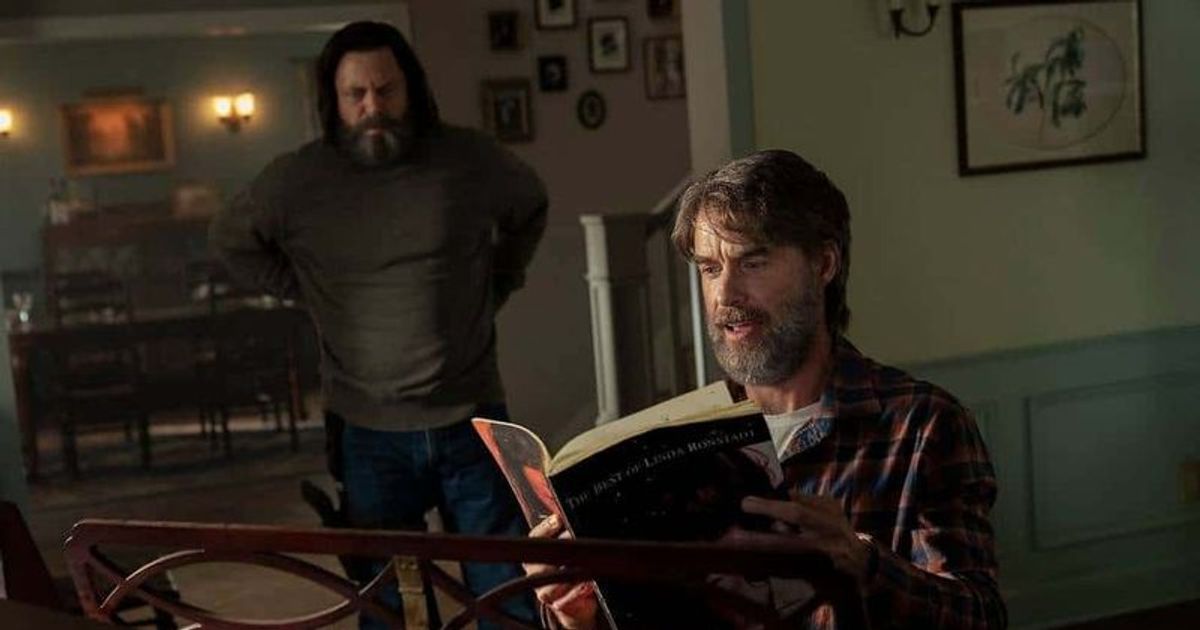 It’s also just efficient storytelling, establishing Bill’s character quickly and effectively. Part of this is simply casting. Through his work on Parks and Recreation, Offerman has become something of an avatar of rugged American individualism and libertarianism. Even outside of his screen persona, Offerman has cultivated a reputation as a hands-on self-sufficient icon of masculinity, as demonstrated in his highly publicized love of carpentry.

There has been a lot written about the preoccupation with apocalypse in American pop culture, particularly as a libertarian and individualist fantasy. There is a reason why post-apocalyptic stories like The Last of Us often evoke the iconography of the western. For all the horror at the end of the world, there is perhaps something alluring in the fantasy of a world where individuals are completely autonomous and self-dependent, with nobody to tell them what to do.

Bill embodies this impulse. The most benign (but not only) interpretation of the Gadsden flag hanging in Bill’s basement is as a statement of individualism. He rejects the idea of co-dependence. When Frank asks for a meal, he replies, “Here’s the thing, Frank: If I feed you, then every bum you talk to about it is going to show up here looking for a free lunch, and this is not an Arby’s.” Everybody for themselves. “We are self-sufficient here,” he later tells Joel.

However, The Last of Us rejects this framing of the apocalypse narrative, arguing that there is a fundamental difference between surviving and living. When Bill first encounters Frank, both are isolated. “I’m just trying to get to Boston,” Frank explains. Bill presses him, “Alone?” Frank explains, “We started with ten, but… yeah… I’m alone.” By the end of the evening, neither Bill nor Frank is alone. Neither will ever be alone again. 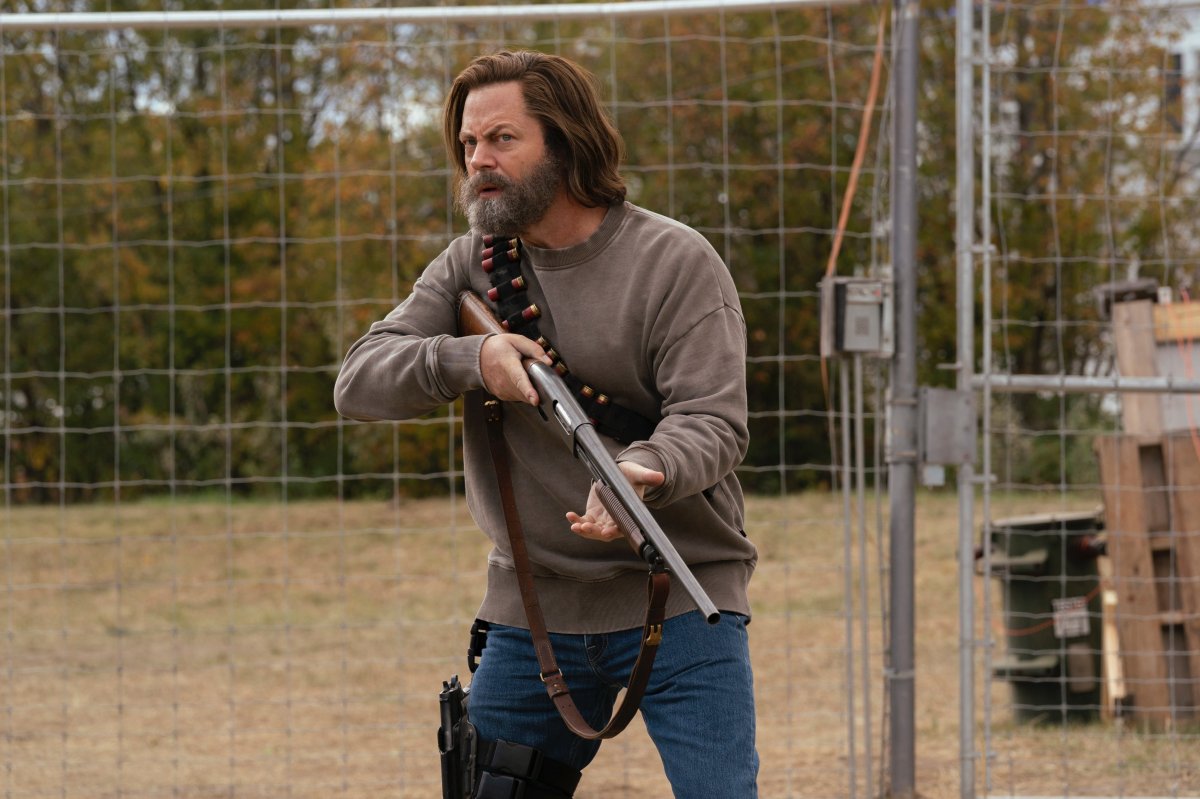 There’s an incredible warmth and tenderness to “Long Long Time,” focusing on the moving and occasionally fraught relationship between Bill and Frank. After two episodes establishing the reality of the apocalypse, The Last of Us makes its bold and humanist argument for the importance of love and collaboration in human existence. “Love will abide,” as Frank sings from his mother’s piano. It’s a beautiful and achingly sincere sentiment, one The Last of Us embraces wholeheartedly.

“Long Long Time” rejects so much of the gritty and horrific tropes of the post-apocalyptic survival narrative. Frank maintains the street they share, contending that one doesn’t live in isolation. “Our home isn’t just our house; it’s everything around us,” he tells Bill. “We’re going to make friends. And we will invite them to visit.” Bill protests that it is the end of the world, “We don’t have friends, Frank. We will never have friends. Because there are no friends to be had.” Bill is wrong.

Of course, there are the usual post-apocalyptic threats. Bill sets traps to kill wandering infected. He has to fight off raiding parties and even gets shot. However, the beauty of “Long Long Time” lies in the finer details. Frank changes Bill’s mind. After Bill is shot, Bill urges him, “Call Joel. You can’t be here alone.” Bill survives. Frank doesn’t die from infection. He contracts a terminal illness that, by his own estimation, would have killed in any world. It’s gentle, it’s sweet, it’s heartbreaking. 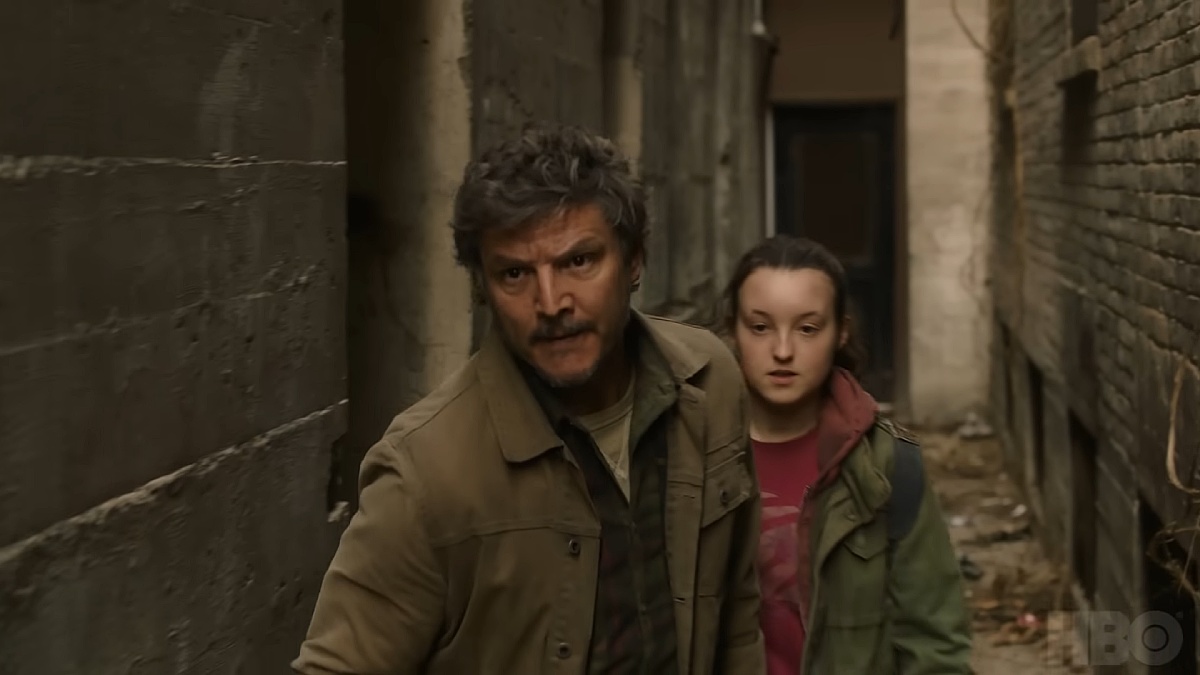 In some ways, this is a bold move for the third episode of The Last of Us, effectively marginalizing its two leads to tell a story about two guest stars who are both dead by the closing credits. However, “Long Long Time” does a better job outlining what The Last of Us actually wants to be than either of the first two episodes. Bill is Joel, as he acknowledges in his letter. Just as Frank gave “purpose” to Bill’s life, it is obvious that Ellie does the same for Joel. “Long Long Time” tells the show’s story in miniature.

“I used to hate the world and I was happy when everyone died,” Bill explains bluntly in his parting letter. “But I was wrong, because there was one person worth saving. That’s what I did. I saved him. Then I protected him. That’s why men like you and me are here. We have a job to do, and god help any motherfuckers who stand in our way.” If The Last of Us is a western, and it definitely is, then it is (by default) a portrait of American masculinity.

Bill ultimately comes to reject a vision of masculinity rooted solely in selfishness and individualism, one free from any emotional obligation to others. Bill learns to love and protect Frank, and in doing so he outlines a path of redemption and healing for Joel. If the first two episodes of The Last of Us build the world of the show, then “Long Long Time” gives the audience a reason to truly care. It’s a beautiful piece of television.