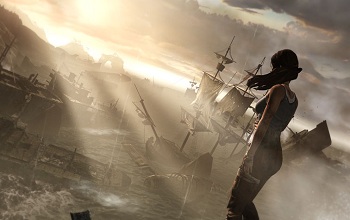 Lara Croft is coming to the PlayStation 4 and Xbox One.

The long-awaited Tomb Raider reboot launched earlier this year to critical acclaim and encouraging sales (though not quite good enough for publisher Square Enix). If you missed out on Lara’s epic island adventure when it came out for the Xbox 360, PS3, and PC, you’ll have another chance to experience it next year on your shiny new hardware. Tomb Raider: Definitive Edition is coming to the PS4 and Xbox One on January 28, 2014 in North America.

This next-gen edition of Tomb Raider was accidentally leaked by Amazon Italy last month, but now that it’s been confirmed on Spike TV’s VGX, it’s officially official. More details can be found on the Tomb Raider website:

Additionally, the Xbox One version will have Kinect support, and the PlayStation 4 version allows players to stream to the Vita.

Tomb Raider was one of my favorite games this year, so I’m happy to see it get a next-gen upgrade. Tomb Raider: Definitive Edition is available to pre-order now, with select retailers offering “art book packaging featuring never before seen concept art” according to the Tomb Raider blog.