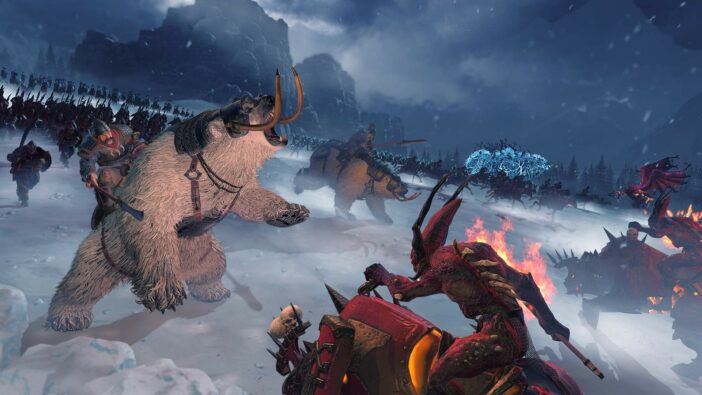 Early adopters who purchase the game before February 24, 2022 will receive the Ogre Kingdoms race pack for free, granting the Ogres as a greasy playable faction with their own mechanics and stories to explore. They are led by Greasus Goldtooth and the relentless Skrag the Slaughterer and come with two Lords, three Heroes, and 23 units. If you miss out on the free version of the Ogre Kingdoms race pack, you’ll still be able to purchase it after the cutoff date.

“The Ogres’ needs are simple,” a description from Creative Assembly says. “Plunder, gold, and endless meat for their cavernous bellies. These are what drive many to travel afar, using their vast bulk and vicious nature to seek employment as mercenary fighters, thugs and bandits.”

Total War: Warhammer III was originally announced as a conclusion to Creative Assembly and Sega’s trilogy that was set to launch later this year. Though it’s just missing that mark, the few extra months’ delay to February 17, 2021 isn’t a much longer wait.