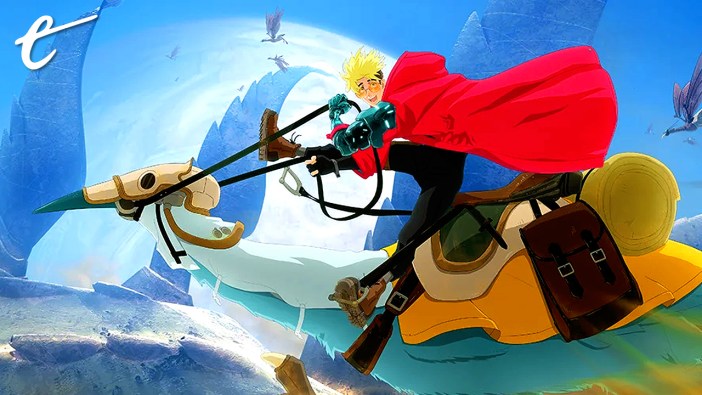 This article contains spoilers for Trigun and the first episode of Trigun Stampede.

When I was in middle school, I didn’t know where I could find anime content. I was at the point where I felt like I was too old for the anime that was appearing on Saturday morning cartoon slots and was outgrowing the decompressed nature of shonen shows like Naruto and One Piece. I never really found an anime that was aimed at adults until I found Trigun. And that was the first anime I truly fell in love with.

It still stands as one of my favorites. The cast is memorable, Vash the Stampede is a wonderful protagonist, the villains he encounters are memorable, the animation is still highly impressive, and the scale of the set pieces, both in terms of physical scale and emotional weight, left an impact on me. Vash is a goofy pacifist who abhors violence and chants about love and peace with a stupid grin on his face, yet he has a massive bounty on his head because of the tremendous accidental property damage he’s caused while defending himself. With its wacky adventures, I honestly believe it is one of the best anime series of the ‘90s and would recommend it to anyone looking for a good time.

So of course, it got a reboot.

First announced in June 2022, Trigun Stampede premiered last weekend, a primarily 3DCG anime by Studio Orange, the studio responsible for anime adaptations of Land of the Lustrous and Beastars. I’ve had reservations about this project from the moment it was announced. Not because it’s a reboot of one of my favorite series, not because it’s using a vastly different animation style that wasn’t utilized by the original show, not because of the inexperienced production crew, but because it lacked a heart and unique style. And after seeing the premiere, I can sadly confirm that, as of now, Trigun Stampede doesn’t have the charm the original show exuded so easily. 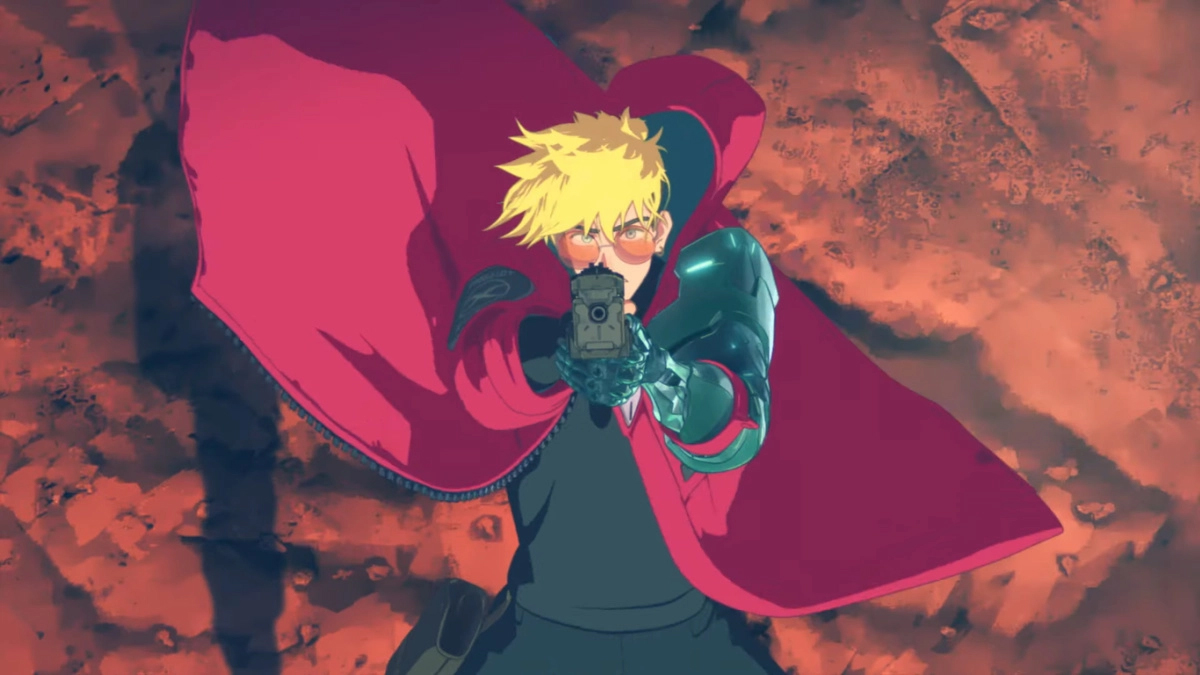 Now before I get written off as a surly 20-something anime fan who doesn’t like change, detests reboots, or hates anime CG, that couldn’t be further from the truth. Even if Trigun Stampede were a colossal failure, its existence wouldn’t invalidate the original series. It still exists and I can watch it at any time and enjoy it. I also don’t mind the 3DCG approach that the project decided to take. The anime industry is all about trying to save as much money as possible (mostly for the worse), and 3DCG is one of the easiest ways to save money. Granted, sometimes this can lead to disastrous productions like Ex-Arm, but if any production company was going to make Trigun Stampede into a 3DCG anime, Studio Orange is the best in the business.

On a surface-level examination, Studio Orange delivered a perfectly solid premiere. It has that classic western iconography, from the introduction to Vash hanging alongside some corpses in the middle of a desert to the sunset duel between him and the bounty hunters tracking him. The action is suitably fast-paced, properly conveys Vash’s skill as a marksman, and hits the beats you would expect out of a competent premiere. We’re introduced to our cast, we have our central premise, and we have our antagonist and conflict set up. But it’s lacking soul. The world feels so empty and without life.

In the original series, the desert planet No Man’s Land felt like a living and breathing character. There was a sense of brutality in the world, with characters doing whatever they could to survive on the limited resources of the planet. The planet seemed actively hostile against humans, yet that hostility created an environment that was memorable as the humans tried to survive day after day. For Stampede’s Noman’s Land, (No, I don’t know why they changed the stylization of it.) despite its being only the premiere, the planet feels more generic. It’s more up front about its sci-fi tropes and influences, instead of starting us off with those rocking western bits. 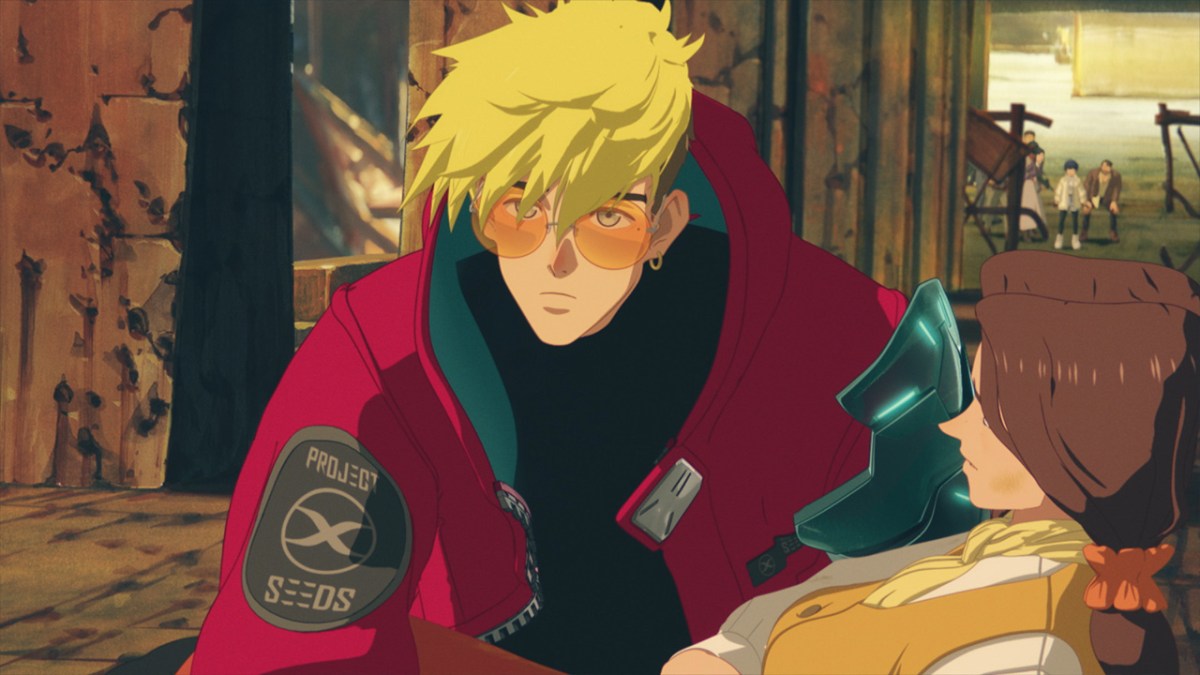 But the premiere also leaves no ambiguity about what’s going on. Trigun Stampede ends its premiere with fewer questions and kills most of the larger mysteries built up in the original series. In Trigun, we didn’t learn about the space freighter that brought Vash and Knives to No Man’s Land and Knives’ existence until the two-thirds mark. Stampede chooses to lead with this, effectively revealing most, if not all, of Vash’s personal drama and baggage and paints Knives as a cartoonish villain with little subtlety. Essentially, Stampede is focusing on the darker elements of the show that fans were mixed on rather than the zany pacing of the first half. It comes across like the staff needed to ground the plot almost immediately in order to keep audiences engaged and keep their expectations in check, almost as if telling them that the humor isn’t the focus, but the drama is.

It also tries to present a much more conventional supporting cast but to much more diminished results. Throughout the premiere, I couldn’t help but feel frustrated every time the returning insurance agent Meryl interacted with her new partner / character, Roberto De Niro. De Niro never existed as a character in the original manga and replaces the fan-favorite Milly, who has not been shown off in any publicity materials and, for all we know, is not present in the show. The new dynamic between Meryl and Roberto is far, far inferior to that of Meryl and Milly so far.

Roberto is a drunk senior to Meryl’s fresh-out-of-university youth, who frequently talks down to her, barely tolerates her, and considers most of Meryl’s decisions and judgments as being childish and inexperienced. Meryl was a strong-willed and hot-blooded character in the original anime, but here she is shown to be someone who is quick to buckle and apologizes to everyone for her behavior. It was immediately aggravating to see such a strong female character be reprimanded constantly by an underdeveloped old drunk. Roberto is more archetype than character and doesn’t bring the same charm, naivete, and comic relief that Milly’s airheaded persona was able to convey so easily with Meryl. 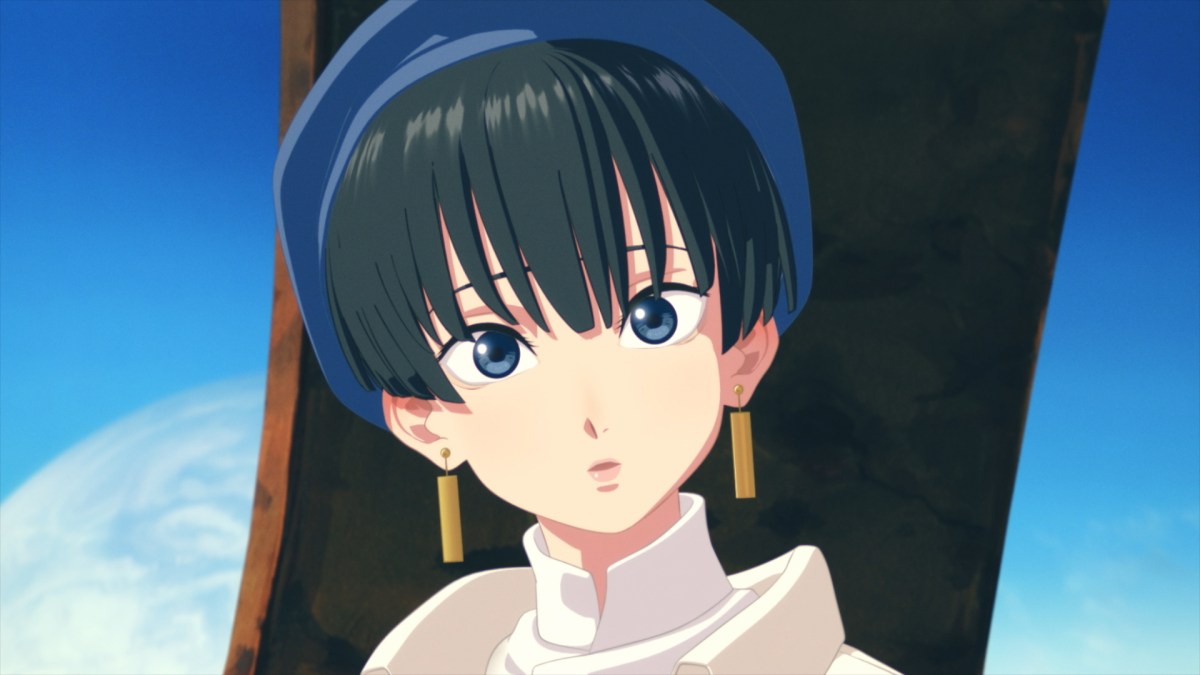 Yet it’s Milly’s absence that draws attention to how weird the tone is. Trigun Stampede leads with the audience witnessing a fleet of ships burn in the night sky with countless inhabitants on them, a panicked climax where Vash does whatever he can to get a bullet to save everyone, and Roberto questioning Vash on what truly scares him. The premiere attempts to be funny, but the humor mostly falls flat. The show doesn’t need to be a laugh-out-loud bonanza, but those old humorous moments helped to offset the more serious elements of the series. While I could smile at Vash’s goofy nature in the original series, he’s far too subdued to really make me like him here.

For now, that may not pose an issue, but the goofiness of the original series helped to drive home the harsher and darker moments. Vash proclaiming “Love and peace!” alongside a group of children and his love of doughnuts offset later scenes like the destruction of Augusta and Vash’s murder of Legato Bluesummers to save Meryl and Milly. Those dark scenes hit as hard as they did because they contrasted with the comedy. If the comedy in Stampede is understated or nonexistent, then the series will have a more difficult time trying to replicate these big and shocking moments, since they’ll be presented just like any other scene.

Trigun, at least in the anime, knows how to balance its goofy humor and dark character drama, and therein lies its charms. There’s a dichotomy between this harsh western world and the wacky inhabitants within it. It’s a series that knew how to utilize its cast and its tone in order to suck you into its episodic adventures, only gaining focus in its latter half with the more personal drama taking center stage. But Trigun Stampede seems to eschew that happy-go-lucky first half in favor of getting to drama but missing the point of the comedy. I want to like this show, but unless the show can learn to lighten up a little, take itself a little less seriously, and give its world a chance to shine, then it won’t be able to step out of the shadow of its predecessor. 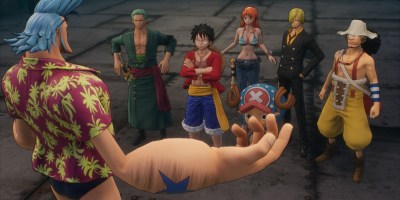 One Piece Video Games Can’t Escape Their Past 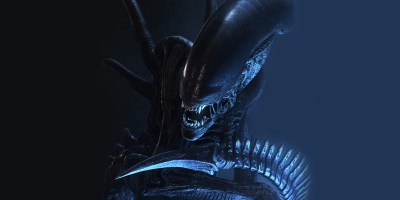 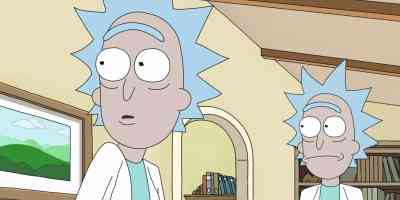