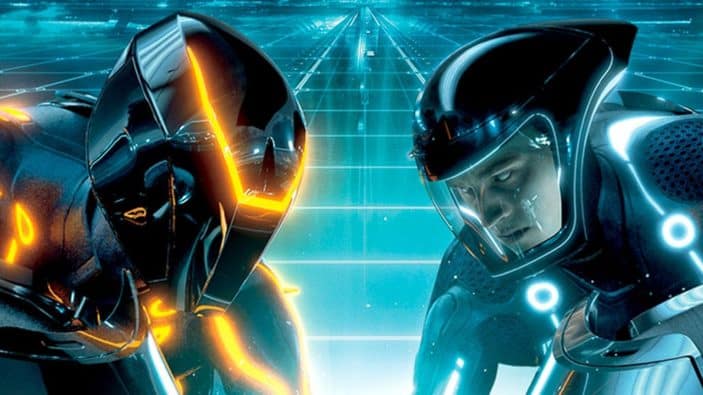 Tron 3 is the movie that no one is really sure anyone wants, especially not the franchise’s owner, Disney. Yes, there are die-hard fans out there, but the franchise has sat in limbo as Disney has acquired far more lucrative properties since Tron: Legacy‘s release in 2010. Though never officially canceled, a third film for the series seemed highly unlikely until, largely unnoticed for a month till now, Disney’s President of Music & Soundtracks, Mitchell Leib, joined the Light the Fuse Podcast and dropped several bombs in a row.

Would you like to see Joseph Kosinski (Tron: Legacy, Oblivion, Top Gun: Maverick) return to the director’s chair? His artistic eye, visually, is among the best in the business! pic.twitter.com/WBoJXtGnaS

Disney has not confirmed any of this, so take everything you read with a grain of salt. However, Leib said on the podcast, which is about Mission: Impossible, that Disney already has a Tron 3 script ready to go, that it will be a sequel, and that he’s had talks for Daft Punk to return to score the movie.

“I lunched with (Daft Punk’s manager) Paul Hahn to further a bit of a starting conversation about that we’re looking at making a sequel to Tron now,” Leib said while speaking to his current work. “We’re looking at making a Tron 3 and we’ve got a great script, I mean a really phenomenal script that we’re very excited about. And whereas the timing wasn’t right to have done it years ago, I think we feel like the timing is right now.” He later added, “We don’t even know who will be directing it yet. I think we’re hopeful that Joe Kosinski would come back and do another one.”

Joseph Kosinski directed Tron Legacy and went on to team up with Tom Cruise for Oblivion and upcoming Top Gun: Maverick. Having him return for the film would definitely add some visual consistency at the very least, which might help as the film couldn’t even release before 2022, and that would be if Disney were to actually do this, get everything going, and rush through production. That’s a full 12 years after the release of Tron: Legacy, though that film was a full 28 years after Tron.

Any of this happening is a major question. Disney owns so many more successful and guaranteed franchises now that dumping money into Tron seems like a long shot after Legacy underwhelmed at the box office and the franchise’s cultural clout diminished even more over the last decade — though, the latter is not stopping Avatar. Leib himself readily admits that everything has to fall into place for Tron 3 to happen, and that’s a lot of everythings.