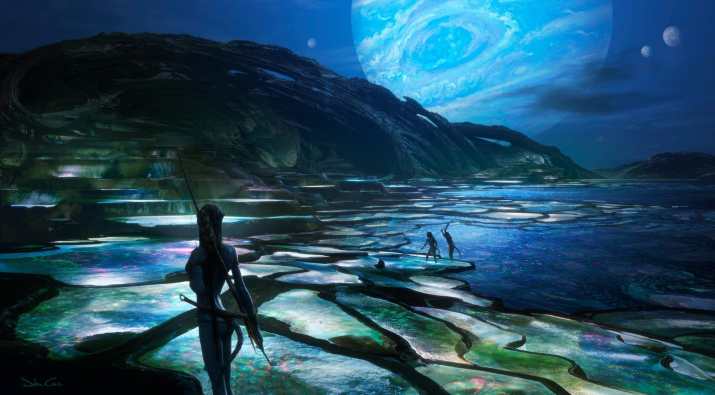 The wait for the multiple Avatar sequels has been more than a decade long, but the filming is ready to get back underway on Avatar 2 and 3 with producer Jon Landau sharing an on-set shot of two boats from the film in celebration of the crew’s return. The two films are being shot simultaneously in New Zealand, but filming had been put on hold due to coronavirus.

Our #Avatar sets are ready — and we couldn’t be more excited to be headed back to New Zealand next week. Check out the Matador, a high speed forward command vessel (bottom) and the Picador jetboat (top) — can’t wait to share more.

Landau told RNZ (via IGN) that a small production team would be returning to New Zealand to film soon, allowing the movies to progress forward. The team will enter quarantine for two weeks to make sure they are not bringing the disease into the island country. From there they will follow a “detailed and diligent safety plan that will keep everybody as safe as possible in these unprecedented times.”

Unlike every other film in Hollywood, the films’ release dates have not changed. Where interconnected film series like the Marvel Cinematic Universe have had a domino of release date changes, Avatar has been able to keep its slots despite production delays, meaning the multiple sequels coming out are not delayed either. Avatar 2 will release on Dec. 17, 2021, Avatar 3 on Dec. 22, 2022, Avatar 4 on Dec. 19, 2025, and Avatar 5 on Dec. 17, 2027. The latter two films have not started filming yet.

We also got some new, very watery, plot points for Avatar 2 out of Landau: “This is the story of the Sully family and what one does to keep their family together. Jake and Neytiri have a family in this movie, they are forced to leave their home, they go out and explore the different regions of Pandora, including spending quite a bit of time on the water, around the water, in the water.”

That lines up with the imagery we’ve seen dropped for the second film and reports that the sequels would expand the world to different parts of Pandora, revealing more species and races that live on the planet. Whether or not anyone wants to return to Pandora to discover these new areas after the first film left little cultural impact despite breaking box office records is still to be discovered.