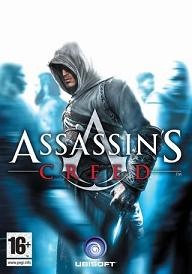 Ubisoft made clear its ambitions in the area of media convergence with its recent acquisition of the studio behind the look of 300 and Sin City.

The game publishing giant bought Hybride Technologies, which will continue its film work while also “bringing its expertise to leverage Ubisoft’s intellectual properties for the movie industry.”

“This alliance is a true first for the industry,” commented Ubisoft Montreal CEO Yannis Mallat. “Ubisoft and Hybride share the same vision of entertainment convergence and a common passion for innovation and creativity.”

Ubisoft has been very keen on collaboration and expansion into films: A movie tie-in with the latest Prince of Persia game is in production and the company will roll out film producer James Cameron’s latest project, Avatar.