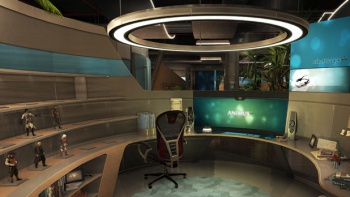 Besides, there’s far too much to do as it is, which is one of the reasons why Connor won’t be seeing a resolution any time soon.

If you’re an Assassin’s Creed fan you may be waiting impatiently for the day when those darn Assassins stop faffing about in the past and move on to the present day. If so you’re out of luck, as Ubisoft developers, in an AMA, admit that a modern Assassin’s Creed is technically unfeasible. “There are just too many mechanics we would have to develop to make it believable,” says lead writer Darby McDevitt, “vehicles, plausible modern cities, a huge array of ranged weapons, etc.” Besides, the team’s already got too much on its hands with the current setup to want to do anything premature like, for instance, resolve the present day Assassins versus Templar story. “There will certainly be a resolution to the most recent plot developments,” says McDevitt, “but the overall conflict will probably rage forever, just like most deeply divided philosophical conflicts.”

Connor’s story is still in the weeds, and likely to remain there. “It’s a huge universe,” says community developer Gabe Graziani, adding “we could work forever and not illuminate it all.” Ubisoft doesn’t have the resources to do everything it wants to do, and Connor’s is one of the story elements it’s unlikely to get to revisit any time soon, if ever. Though McDevitt did hint that Embers, which took six months to make, was a side project that everyone on the team loved, “so maybe we’ll go that route again one day.” Holding your breath while you wait for that to happen is probably a bad idea. As for Desmond, “he’s dead dead,” game director Ashraf Ismail confirms, so any thoughts to the contrary can now be abandoned.

It’s been more than two years in the making, and the team found it smooth – if technically difficult – sailing, particularly on next generation consoles. “Both XboxOne and PS4 were easy to deal with,” says Ismail, though there were some grey areas initially. When the team started work, the next generation was new even to the companies manufacturing it; neither Microsoft nor Sony were entirely clear on console requirements. “And this is normal,” Ismail reminded his AMA audience; at the start of any cycle, when the manufacturers are just finding their feet, grey areas are to be expected.