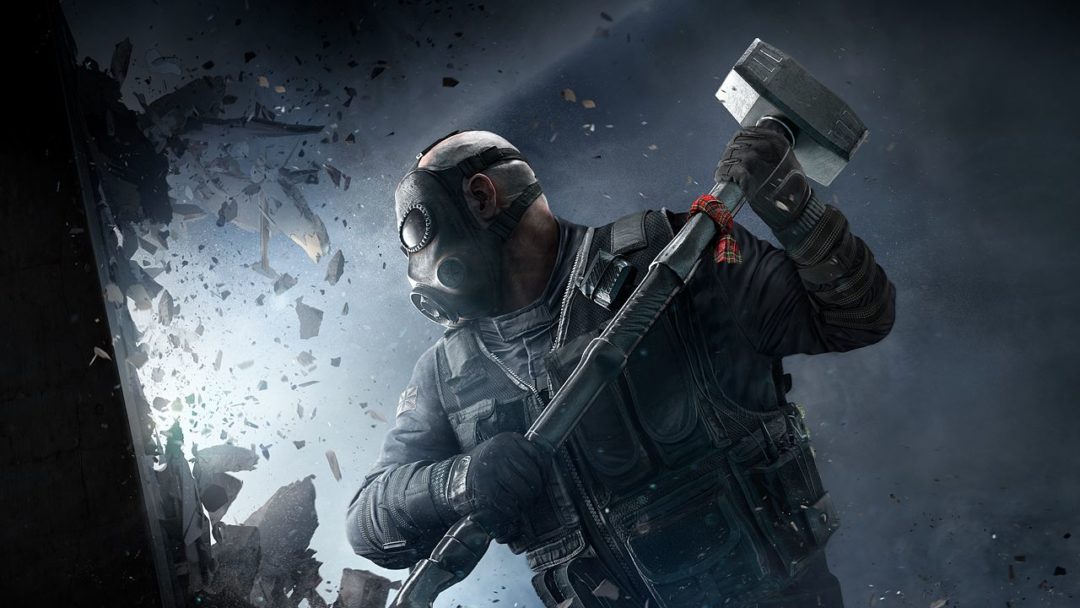 Tom Clancy’s Rainbow Six Siege is wading into uncharted hostile territory. Despite a rough 2015 launch, Ubisoft’s tactical online multiplayer military shooter has been an explosive success, making $440 million in 2018 alone (via GameIndustry.Biz). However, the successful Live Service business model has sprinted into a new adversary: next generation consoles.

In an interview with the Daily Star, Rainbow Six Siege Brand Director Alexandre Remy is concerned that Siege may become collateral damage in the upcoming console war between Sony’s PlayStation 5 and Microsoft’s Xbox Anaconda.

Remy’s anxiety regarding Siege’s longevity stem from it being a game as a service.  “We don’t want a sequel whatsoever,” Remy told the Daily Star. “…The reason behind this is we don’t want to segregate our community between the different platforms. In an ideal world tomorrow, we’d love players from every platform to be able to play together. We are approaching next-gen with the same spirit.”

Ubisoft’s fears are justified. As the industry prepares to leap into the next generation, the live service business model popularized during the PlayStation 4 and Xbox One’s life-cycle will be put to the test. Games like Fortnite and Playerunknown’s Battlegrounds are lucrative due to bull market in-game economies fueled by loot boxes and microtransactions. In regards to cross-platform play, the next PlayStation and Xbox are unknown variables that threaten to throw a wrench in these booming business models if the player base were to become divided.

Ubisoft is particularly vulnerable if next-gen consoles divvy up players. Siege, For Honored, The Division, and The Division 2 aren’t free-to-play like Fortnite; they aren’t annualized sequels like Call of Duty and FIFA; they don’t have massive offline campaign story modes like Grand Theft Auto V and Red Dead Redemption 2. Titles like Rainbow Six Siege must be purchased via download or physical copy. If the PS5 or Xbox Anaconda aren’t backwards compatible, the consumer would have to purchase the game again.

“We’ve been asking how can we make the player base of Siege today be able to migrate — if they want to migrate, that is — but also make this cheaper [than re-buying a new copy] as much as possible or through backwards compatibility,” Remy said. “…The strength of any multiplayer game is the size of its community, so I do believe that we have to make every effort possible that when next gen comes in, they are treated as a high-end PC versus another PC.”

With that being said, Ubisoft has reason to be optimistic about the next generation. Even beyond video game subscription services like Google Stadia, Apple Arcade, and Project xCloud, Microsoft has been incredibly open about cooperating with its rivals in terms of cross-play, Xbox Live features on the Nintendo Switch, pooling resources with Sony, and openly discussing video game addiction. Given Microsoft’s positive PR and the Xbox One’s embracement of backwards compatibility and cross-play, the next-gen Xbox likely appears promising for third party publishers like Ubisoft.

The PS5 is a little less promising. While the PS5 will be backwards compatible with PS4 titles (and possibly others), Sony only recently just relaxed its restrictions on cross-platform play to popular live service titles like Rocket League. Even though major publishers like Ubisoft are demanding Sony to accept cross-play as a necessary feature, we’re still waiting on pins and needles to see what Sony will do.