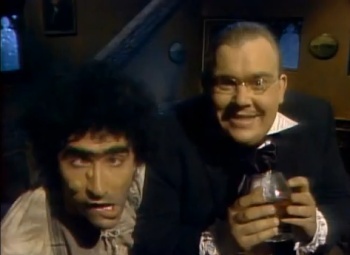 Game companies are smart to “cover themselves” with warnings about the potential impact of 3D on young eyes but as one expert points out, nobody has any idea what the long term effects will be and it will take many years to find out.

Not long after it revealed the handheld 3DS to the world, Nintendo warned that despite the popularity of preceding DS models among youngsters, this one wasn’t recommended for young children because of the potentially deleterious effects the 3D images could have on their still-developing eyes. “In young children, the muscles for the eyes are not fully formed,” Nintendo of America President Reggie Fils Aime said at the time. “This is the same messaging that the industry is putting out with 3D movies, so it is a standard protocol.”

Better safe than sorry, as the saying goes, but as Dr. Neil A. Dodgson of the University of Cambridge pointed out, the guidelines are more a matter of hedged bets than an actual warning of danger because ultimately, “We just do not know.”

“I imagine that any problems for young children would be common to almost all 3D systems, as almost all of them cause convergence/focus conflict,” he explained. “But we do not know if there is actually a problem for young children. Intuitively, one might expect that children should not be exposed for long periods until their convergence/focus mechanisms have been fully trained, but I do not know the age by which that is supposed to have happened.”

The only way to find out is to perform long-term experiments on children to see how many of them go blind before they’re 30 and that sure isn’t going to happen, Dodgson said. “We will only really know if there is a problem if we get a spate of cases where young adults find that they have eyesight problems that can be statistically correlated with excessive use of 3D at an earlier age,” he explained.

I guess we’ll see what happens in a decade or so – at least some of us, anyway.

Videogame Jobs Aren’t All They’re Cracked Up to Be