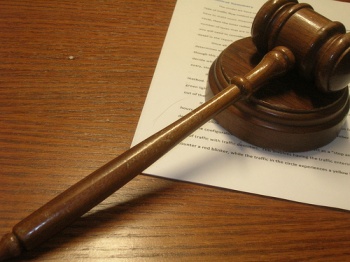 After a lengthy “who owes whom” dispute over Rock Band profits, a jointly-appointed accountant has determined that Harmonix shareholders are owed quite a bit of money.

In somewhat of a surprising twist to an ongoing legal tussle, a neutral third-party number wizard has determined that Viacom owes some serious scratch to the former Harmonix shareholders, not the other way around. To garner a better understanding of what’s happened, perhaps a little background is needed.

In September of 2011, Viacom chose to sue the shareholders of Harmonix (including the company’s founders, Alex Rigopulos and Eran Egozy) for nearly 90% of the $150 million it had paid out in performance-based Rockband bonuses in 2007. Viacom had originally paid out the money based on what it’s now claiming to be “preliminary calculations.” Well, I’m not sure who’s handling the books over there, but the final amount actually owed turned out to be only $18 million, somewhat of a far cry from its initial projections. While this was going on, the Harmonix shareholders were actually filing a reverse claim, stating that they we were actually owed money based on the idea that Viacom had withheld bonuses from them the following year in 2008.

With two groups claiming that each owed the other a boatload of cash, both parties agreed that a mutually agreed upon “resolution accountant” would be hired to pore through the books and make a final declaration of who is owed what. Recently, the accountant finished his or her charge and decided that Viacom is in the wrong, and owes a whopping $383 million smackers to the former shareholders of Harmonix. Viacom has already appealed to a Delaware court, claiming that the accounting firm didn’t “consider arguments and evidence that were improperly excluded” from its report. This oversight stemmed from, it claims, “a manifest error.”

The nature of the “arguments and evidence” in question have not yet been made public, nor has the court ruled on whether or not Viacom’s appeal will be allowed. Either way, the suits at Viacom have got to be pretty unhappy considering that they were hoping for a $130 million dollar payday, and ended up with a $383-million-dollar unpaid invoice instead.