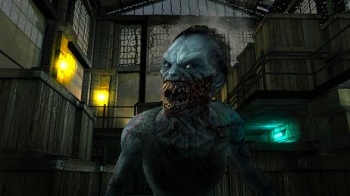 Facebook poll asks potential Amy purchasers if a three dollar saving is worth a one week delay.

Something odd is going on with Amy‘s pricing structure. The upcoming survival-horror game, which bears a pleasant resemblance to ICO judging by what we’ve seen so far, was originally slated to cost $12.99 on PSN and 800 Microsoft points on XBLA. Now, people who’ve taken the time to look up the exchange rate for Microsoft’s unintuitive moon-money will tell you that, in the US, 80 points equates into one dollar, meaning the PSN version would cost three dollars more than its XBLA counterpart.

The developer has responded to complaints about the pricing disparity by starting a Facebook poll, asking if players would rather pay the inflated price and receive the game on time, or have the price cut and face a delayed launch date. The price would be cut to $9.99 and the launch date set back by one week. Currently, the cheaper version holds 70% of the vote. So chances are Amy has been delayed by one week on PSN. The XBLA version is still on track for release this Wednesday.