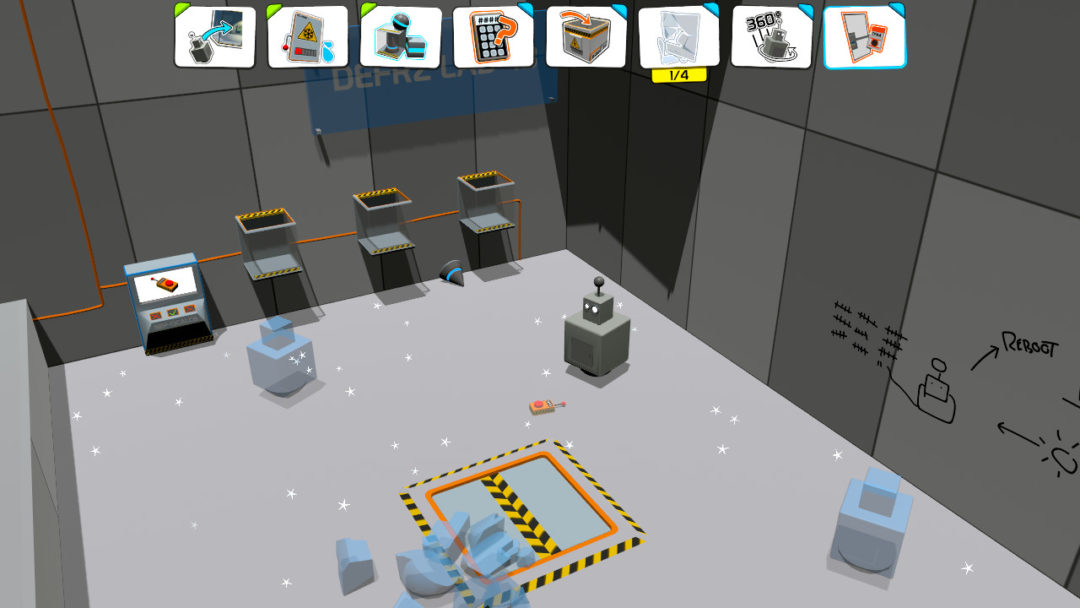 Area 86 is a new indie title that lets players experiment with physics puzzles through the eyes of a square little robot. Coming from a one-person crew over at developer SimDevs, the quirky “escape room-style” game just got a new trailer to gear up for a release sometime this year.

SimDevs lists the game as a casual breakout effort that takes place in the lesser-known, robot-filled space station called Area 86. Players assume the role of one of many bots as they attempt to escape each of the game’s puzzling rooms. Thankfully, some opportunities to save some other mechanical friends are here as well.

With an end goal of taking over the robot prison, Area 86 looks poised to fall right in line with some of its other influences.

If the game’s trailer is not enough of an indicator, classics such as Portal, Human: Fall Flat, and Overcooked are all hardwired into Area 86’s inspirations.

SimDevs is pretty active over on its Steam page, so go check out some of the amusing dev updates the developer has provided on the game’s progress.

Area 86 does not seem to have a solid release date just yet, but expect it out on Steam sometime later this year.