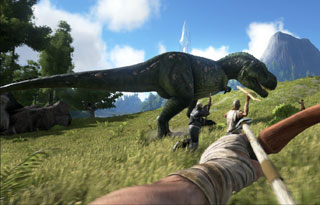 Studio Wildcard has settled the lawsuit filed against them by Trendy Entertainment.

You may remember a few weeks back when a lawsuit came to light involving recent Steam Early Access hit Ark: Survival Evolved. That lawsuit has now been settled.

Terms of the settlement were not made public, but in a tweet earlier this week, Studio Wildcard co-founder Susan Stieglitz tweeted that Trendy was looking for $600 million. A Reddit post containing a screenshot of what appears to be a Direct Message from Ms. Stieglitz to a fan stating that they “ended up settling for 40,” which presumably means $40 million.

The only official word has been from a mediation disposition report filed by the attorneys on both sides of the suit, which stated, “A mediation conference was conducted on the 13th day of April 2016. The conference resulted in a final written settlement agreement.” The case was supposed to be heard in court on April 27, where Trendy was planning to seek an injunction that might have stopped development and sales of Ark, if it were granted.

Ark: Survival Evolved has been a big hit on Early Access since June of last year, and on Xbox One since December. But one assumes that a $40 million settlement would have to have some effect on the developer. We’ll have to wait and see what those effects might be.

We’ve reached to both sides in this suit requesting more information, and we’ll update if we receive a response.

Ark: Survival Evolved is set to officially launch on PC, PS4, and Xbox One this summer.