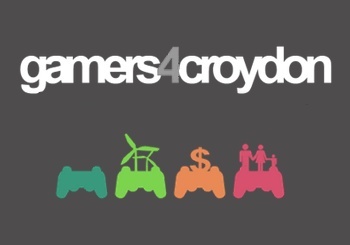 Gamers4Croydon was formed last year with the intent of running game-friendly candidates in the Australian election held in March. It didn’t win any seats but it did help to highlight the messy videogame situation in Australia, which doesn’t have an R18 rating for games and therefore either crams games into the MA15+ category that really shouldn’t be there, or simply bans them outright.

Now, in a post on the Gamers4Croydon website, founder David Doe has announced that the party is shutting down less than a year after it was formed. “All good things come to an end, and it’s time to pass the torch on to people with the resources and experience necessary to bring the change to bear politically,” he wrote. “Having successfully been a part of removing one of the largest roadblocks to classification reform in this country, we feel that Gamers4Croydon has run its course as a party.”

Doe suggested that gamers and other supporters check out political alternatives like the Greens and the Australian Sex Party, which is opposed to Australia’s planned internet filter. “They’re the closet aligned to use ideologically and we all share many common policies,” he explained.

“While we will not be contesting the upcoming federal election, the G4C team will continue to help gamers’ voices be heard, and we will continue to hold our elected parliamentarians accountable,” Doe wrote. “2010 is the dawning of a new age of politics in Australia; the age of the informed voter. This election may not have gamers running in it, but it’s certainly going to have them participating every step of the way.”

As alluded to by Doe, Atkinson stepped down from his post as Attorney General soon after the March election, but calling it “mission accomplished” is a little premature. Australia still has no R18 rating for videogames, there’s no sign it’ll be getting on anytime soon and the internet filter plan is still a go. In other words, Atkinson is out but nothing else has really changed. Maybe Gamers4Croydon is turning off the lights and locking the door a bit too early?

Gaze in Terror at the Awesome Halo Elite Animatronic Costume