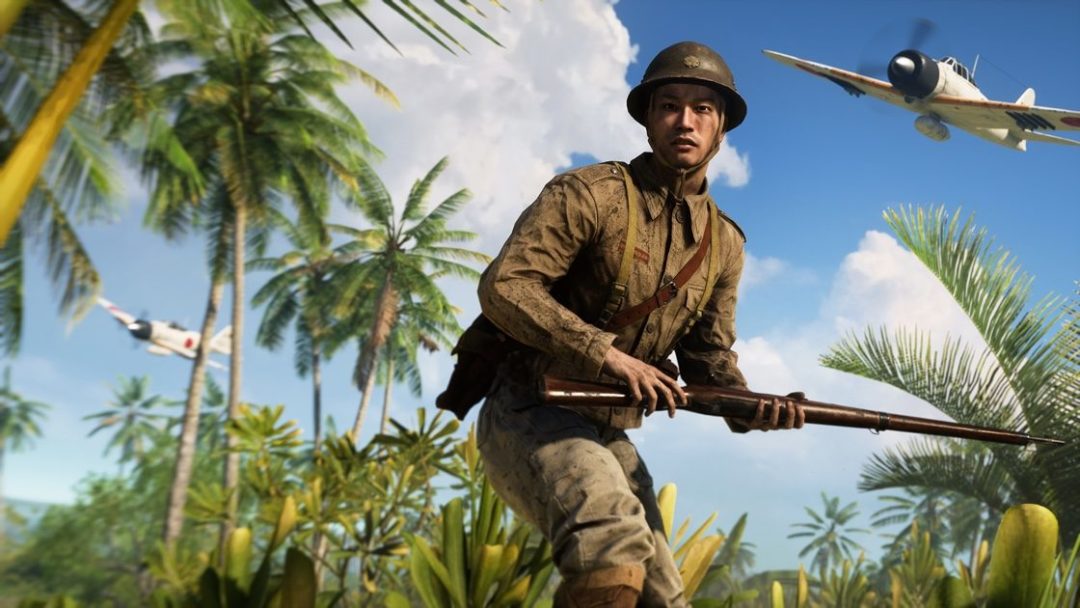 EA has dropped a trailer for and new information about the next chapter of Battlefield V, War in the Pacific.

The new chapter will cover the Pacific front of World War II from the perspectives of both the U.S. Armed Forces and the Imperial Japanese Army. The bleak new trailer follows a soldier from each side of the conflict as they slaughter their way towards one another for a chaotic and deliberately anticlimactic showdown.

The trailer dramatizes several gameplay features that War in the Pacific is introducing to Battlefield V. The action takes place on the beaches of Iwo Jima, which will be one of three maps featured in the chapter. The other two will be Pacific Storm, a tropical island map where the action can be dictated by dynamic weather, and a redesigned version of the series’s recurring Wake Island map, which will be released in December.

The weaponry on display isn’t just for show either. The katana and M2 Flamethrower used in the War in the Pacific trailer will appear as Battle Pickups strewn across the chapter’s maps, to be picked up and equipped as temporary attacks boosts. More workaday weapons like the American M1 Garand and the Japanese Type 100 sub-machine gun will make appearances too, along with numerous other bolt-action and semi-automatic rifles, machine guns, and sidearms.

Period-accurate vehicles will be operable in War in the Pacific, naturally. On the ground, Americans will have access to the M4 Sherman, the medium tank made legendary by General Patton’s 2nd Armored Division. Japanese soldiers will have access to the Type 97, a tank of comparable size and power. In the air, the Japanese can pilot the notorious A6M “Zero,” one of the finest combat aircraft manufactured, which was used during the attack on Pearl Harbor. American airmen will have access to the F4U Corsair, in both fighter and bomber variants.

War in the Pacific comes to Battlefield V on Oct. 31. A free weekend trial will run Nov. 1 – 4. More information about the expansion is available at the game’s official website.