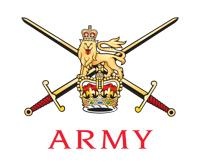 General Sir Richard Dannatt, Chief of the General Staff of the British Army, has commended the “PlayStation generation” for its military performance in the field.

Speaking to the Cardiff Business Club in Wales, General Dannatt described the performance of the most recent generation of soldiers as “exemplary,” saying, “There is no doubt in my mind that our people, whether from the specialist Air Assault and Commando Brigades, or from the Ground Maneuver Brigades are all up to the job.”

“There was a time when commentators and some more experienced members of the Army expressed concern as to whether the ‘PlayStation generation’ were up to dealing with the gritty, bloody conflict that is routine business in southern Afghanistan and Iraq,” he continued. “Well, I’m pleased to say that they are. Our young soldiers, drawn from across British society, are more than a match for what is required of them, and I salute every one of them.”

The British Army participated in the invasions of both Afghanistan and Iraq and maintains forces there as part of the ongoing conflict. There are currently approximately 7,000 British soldiers deployed in Afghanistan, while 5,000 remain in Iraq.