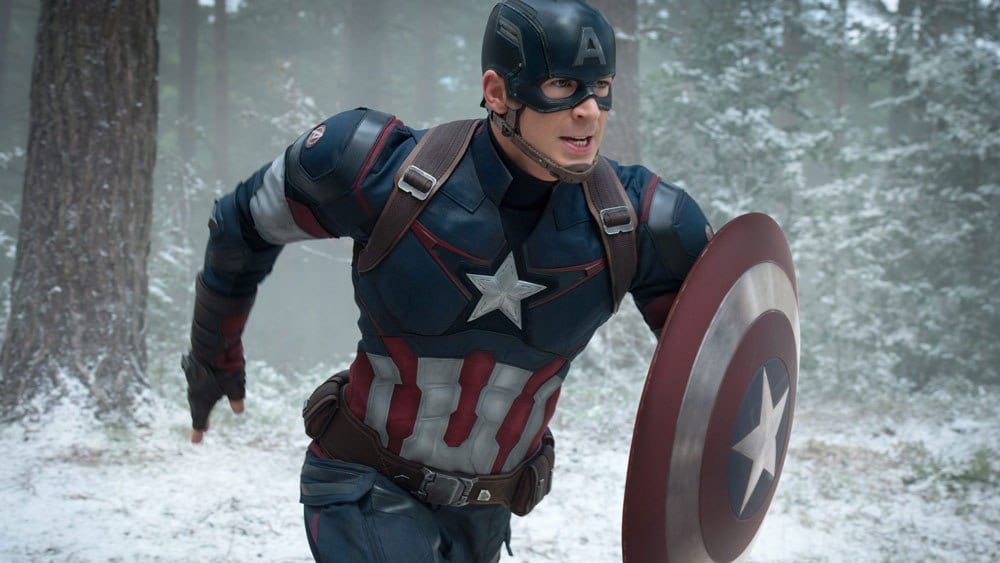 Avengers: Endgame looms. On April 26, the epic conclusion to the known Marvel Cinematic Universe will hit theaters and all it’s remaining secrets and plot threads will be revealed. Will Avengers: Endgame feature time travel shenanigans? Is Captain America going to sacrifice himself? Will Thanos be defeated by Ant-Man riding one of Hawkeye’s arrows straight up the Mad Titan’s ass? We’ll finally know for sure!

One critical aspect of the MCU may remain a mystery forever. Ever since Avengers: Infinity War, Marvel fans have been divided on whether Captain America is better with or without a beard. Actor Chris Evans normally portrays the iconic hero clean shaven, but he showed up scruffy for Avengers: Infinity War. Fandemonium soon followed, and the “beard or no beard?” controversy came to a boiling point yesterday when news surfaced that key Avengers: Endgame cast members preferred Bearded Cap.

The Avengers actors were asked to raise their hands if they preferred Bearded or Not Bearded Chris Evans pic.twitter.com/9O8BJq9fZj

We at Escapist Magazine see the cast’s overwhelmingly Pro-Beard stance as unrepresentative of the overall discourse surrounding Chris Evans’ fickle facial hair tastes. The Escapist staff have weighed in on the “Beard or No Beard” debate and we’re sure Chris Evans would approve of our approach since both sides of the argument will be represented.

We’ll start with Managing Editor Anthony John Agnello, who definitely has opinions. “No Beard Cap for life,” said Agnello. “I’m so sick of the ‘guy’ look that’s been so prevalent these past five years. The tech-bro born, short on the sides, long on the top, then a stupid Paul Bunyan beard. Captain America is about keeping it tight. No ultimate soldier is joining Dollar Shave Club and listening to WTF.”

Video Editor Alexis Brown takes an even more hardline stance. Her family has a military background and brooks none of this Super Bearded Soldier nonsense. “No beard,” Brown said. “Those in the military do not have beards. I do not like seeing ‘soldiers’ with beards. Clearly [he is] not a real soldier.” Ouch.

Senior Editor Samantha Nelson views Captain America’s beard as a symbolic artistic choice and likened it to the facial hair hockey players and other athletes often sport when the stakes get high during the postseason. “In general I prefer Captain America clean shaven the same way I think Thor should have a beard and long hair, but the change provides a good signifier for what is going on with both characters,” Nelson said. “Thor lost his lovely locks along with his father and home. I see Cap’s facial hair as a version of the playoff beard he started growing after Civil War that now feels even more important after Infinity War. He’ll shave when all his friends can be together again or he dies, whichever comes first.”

Community Manager Kyle Gaddo’s opinion on Cap’s beard harkens back to the character’s rebellious nature. “I’m 100% on board with a bearded Captain America,” Gaddo said. “Here’s what it represents: [Captain America is] tired of America’s bullshit, tired of everyone’s bullshit, and tired [in general].”

I believe that sometimes the simplest answers are also the best. I’m a stan for Captain America’s beard because it’s sexy.

Let us know what you think of Captain America’s beard below!

Stop Me if You’ve Heard This One