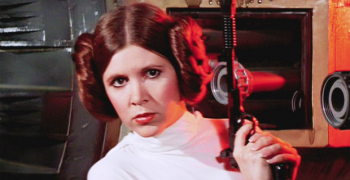 The Star Wars actress is in a critical condition following a cardiac episode on board an international flight.

Some sad news for Star Wars fans today, actress Carrie Fisher has reportedly suffered a cardiac episode on board international flight Flight 935 from London, and has been rushed to hospital where she remains in critical condition.

Sources from TMZ claim that Carrie was on a United flight from London to LAX when she went into cardiac arrest. When the plane landed paramedics worked on Fisher for 15 minutes with CPR before they were able to get a pulse. She’s currently at UCLA Medical Center on a ventilator.

An official statement from United Airlines said that medical personnel met Flight 935 on arrival after the crew reported a passenger was unresponsive.

Get the Razer Wildcat for 34% Off with this Great Deal