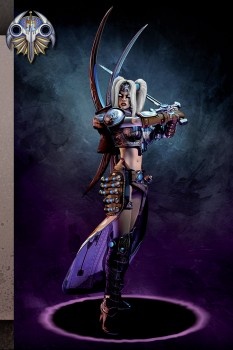 cdv Software and Ascaron Entertainment have released an “Art and Vision” e-book for Sacred 2: Fallen Angel as a free bonus for fans of the series.

The e-book features hand-drawn concept art and in-game renders for characters, enemies, weapons, armor and more. The book is brief, only 14 pages in length, but provides an interesting and up-close look at the development of the characters used in the game.

Released in late 2008 for the PC, Xbox 360 and PlayStation 3, Sacred 2: Fallen Angel is a “hack-and-slash action-RPG” with massive dungeons and hundreds of quests and unique items. As well as the epic single-player story, the PC version of the game also features cooperative gameplay options and multiplayer battles of up to 16 players.

The Sacred 2: Fallen Angel “Art and Vision” e-book is available as a free download from cdvusa.com.