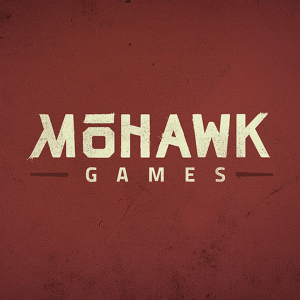 No one would probably blame you if, at a glance, you didn’t notice anything all too special about Mohawk Games. Independent developers, after all, are practically popping out of the woodwork these days. That said, upon closer examination you’d find a fledgling studio with a pedigree that should easily earn it the attention of strategy fans everywhere. Before leaving to form Mohawk, the studio’s Soren Johnson and Dorian Newcomb both worked at Firaxis where Johnson served as the lead designer for Civilization IV and Newcomb was the lead artist for Civilization V.

With their new studio Johnson and Newcomb simply hope to make “core PC strategy games” that take the strategy genre and take it in different directions outside of the uniformity of current trends. “I love RTS games, but they’ve essentially become one game,” explained Soren. “They have different themes, and might play out differently, but at their core, there are a lot more similarities than differences. I wanted to make a competitive multiplayer RTS that was significantly different than anything out there. I wanted it to be original.”

That in mind, Mohawk’s first game, a Mars-based RTS, aims to flip the balance of action and economy, forcing players to pay less attention to fighting and focus more on resource management. “If you think of the typical RTS being 75 percent military and 25 percent economy, our game is more like 25 percent military and 75 percent economy,” said Johnson. Despite the arguable ambition behind full-fledged RTS of this nature, Johnson and Newcomb hope to keep Mohawk’s staff down to about four or five people in size. Their efforts, in turn, are being funded by the publisher Stardock. Whether or not that will be enough to create the quality experience Johnson and Newcomb are shooting for, is something only time will tell. That said, you can bet we’ll be eager to see what Mohawk comes up with.

8 Guns to Get You Trigger Happy for Call of Duty: Ghosts

Rods From God: The Truth of Call of Duty‘s Killer Satellite