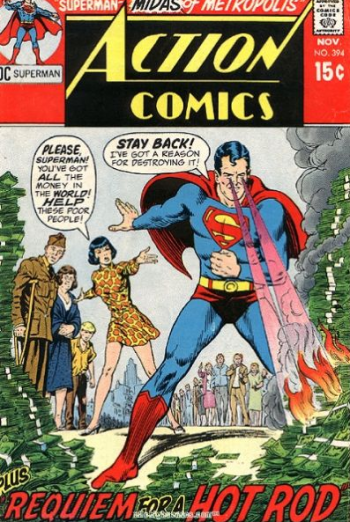 The reboot may have offended purists, but DC’s laughing all the way to the bank.

DC’s total reboot of all its comic lines has been controversial, to say the least. It re-launched obscure characters in their own titles. It got rid of both Superman‘s and Barry Allen’s marriages. Oh, and it even garnered a (admittedly weak) protest at Comic-Con. But you know what? It’s also been selling like crazy.

According to the New York Times, DC’s new comics have been selling exponentially better than it has been in recent years. The first issue of the new Justice League line sold more than 200,000 copies (as opposed to the 46,000 copies it would average prior to the reboot). On top of that, nine other comics are selling roughly twice as well as they did before, moving more than 100,000 copies; amongst these series are Action Comics, Batgirl, and The Flash.

In case you’re unaware, these are huge numbers. DC Comics hasn’t hit milestones like them in years, so clearly the reboot is paying off, at least in the short run. Whether these sales numbers were a flash in the sales pan or marked the beginning of a new comic fan generation remains to be seen. On top of all this, these numbers are only for the print sales; DC has yet to announce its digital sales totals. One thing’s for certain, though: Purists who hated the reboot when it was announced seem to have been drowned out by the sounds of ringing cash registers.