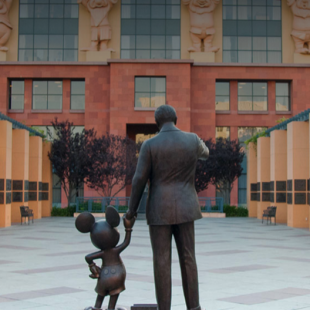 Generally speaking, when you’re a state in a country that’s still trying to struggling to recover from a tough economy, Disney is a company that you’d like to have working in your backyard. If recent statements from Disney are any indicator however, the state of Georgia could soon be waving good-bye to the Marvel and the house of mouse.

The statements in question were released by the company today in response to the Free Exercise Protection Act which was recently approved by the state’s legislature and is currently waiting to be signed into law by Governor Nathan Deal. The bill would make it legal for businesses to refuse service to individuals based on religious beliefs. This, of course, would include the right to refuse customers who are gay. Disney affirmed that it would be willing to leave Georgia if the bill was signed. “Disney and Marvel are inclusive companies,” said a representative from its Burbank office. “Although we have had great experiences filming in Georgia, we will plan to take our business elsewhere should any legislation allowing discriminatory practices be signed into state law.” Walking Dead producers AMC would go on to follow Disney’s example with their own, somewhat milder condemnation of the bill. Governor Deal must decide whether to veto or sign the law before May 3rd.

If Disney were to leave Georgia, the consequences wouldn’t be insubstantial. Disney and Marvel have filmed several of their recent films there, including Ant-Man and Captain America: Civil War. Guardians of the Galaxy 2 is currently also in production in the state. Ant-Man alone employed more than 3,500 people and injected 106 million dollars into the state’s economy. And while it might not sound like a big deal on Disney’s end to move its movies somewhere else, it should be noted that it too would take some hits if it chose to follow through on its threat. Georgia is home to some of the best film-based tax breaks in the country. Moving something as big as a Marvel production to another state could cost Disney some considerable change.