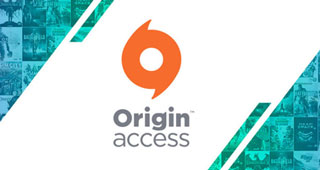 If you’re an EA Origin Access subscriber, you can look forward to checking out lots of new titles on the service this year.

EA is expanding the games offered on their Origin Access program. If you aren’t familiar with it, Origin Access is a subscription service that runs users $4.99 a month. For that price, you can access a number of PC games in their entirety, including the Mass Effect series, the Dead Space series, and more.

The service currently offers a selection of 29 titles, but then EA added last year’s Need for Speed reboot and indie platform title Unraveled. The company also announced that eight more games are headed to the service this summer. That list includes all of the following:

Of that list, only Plants vs. Zombies: Garden Warfare 2 has a firm release date, as it will be coming August 30. Details on the other release dates will be shared through EA’s social channels in the coming weeks.

Once all these games are added, Origin Access will offer subscribers 37 titles for their monthly fee. It’s not a bad deal if you’ve never played any (or most) of those games and want to burn through them with having to buy them all.

Sponsored PokeStops Will Be Coming to Pokemon Go